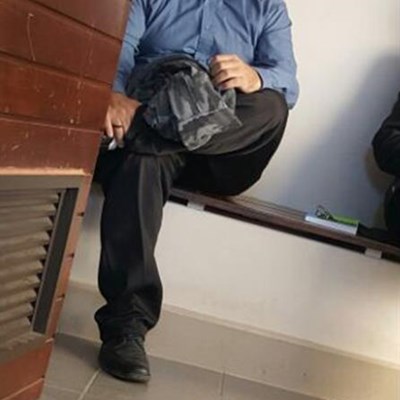 William Beale, 38, who was arrested after police found images of child pornography in his possession has appeared in court several times over the past two years. Photo: Supplied
GARDEN ROUTE NEWS - The Plettenberg Bay man who pleaded guilty to about 19 000 charges of possession of child pornography earlier this year will have to wait until June to hear his fate after the case was yet postponed.
The 38-year-old computer engineer William Beale appeared in the Knysna Regional Court on Tuesday, April 18 for sentencing, but the case was deferred to June 30, for additions to be made to the psychologist reports for sentencing purposes.
In February this year Beale, who was linked to an international baby pornography network, pleaded guilty to 18 644 charges of possession of child pornography and a single charge of possession of dagga in a plea bargain with the State.
This came to pass after more than two years after his arrest by international police during a raid of his seaside home on January 13, 2015. Since his arrest the court case had been plagued by postponements over several issues, including establishing the charge sheet in the matter.
Women and Men Against Child Abuse (WMACA) Western Cape spokesperson Joanne Barrett said after court proceedings this week that she was relieved that Beale would be sentenced on June 30.
“We trust that the sentence would reflect the seriousness of the offence. These images are of actual rape, torture and sexual abuse of children. The sentences in these cases must punish all who view, manufacture or distribute these images. Every image is a crime scene,” Barrett said.
Beale was the first South African to have been arrested as part of Operation Cloud 9, which involved cooperation between South African and Belgian police to crack down on a child pornography ring linked to a cyber meeting space for paedophiles, whose fetishes seem to be the sexual abuse of babies. Some of the images found included the torture and murder of babies as young as a few days old.
When Beale was arrested, police found sections of files containing thousands of videos of violent assaults, as well internet addresses of more than 300 alleged paedophiles.
Beale is currently out on R10 000 bail and was warned to be in court during his next court appearance.
Click here for previous articles: