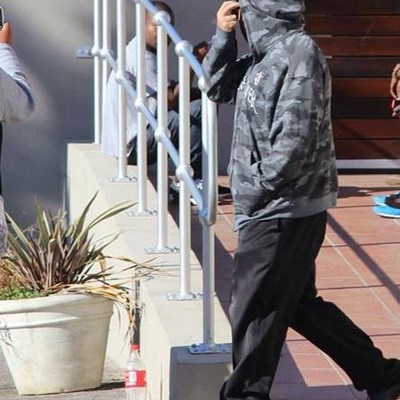 The Plettenberg Bay computer engineer accused of having links to an international child pornography network leaves the Plettenberg Bay Magistrate's Court during an earlier appearance. Photo: Yolande Stander
PLETTENBERG BAY NEWS FLASH - Issues with the charge sheet involving the Plettenberg Bay man accused of having links to a horrific international baby pornography network has caused yet another delay in the matter.
The matter was postponed to Monday October 17, 2016 for the charge sheet to be finalised, but when the matter was called in the Knysna Regional Court, it came to light that it had not yet been formulated.
The 38-year-old computer engineer was arrested in January last year after international police swooped on his seaside home and allegedly found sections of files containing thousands of images and videos of violent assaults as well as internet addresses of more than 300 other alleged paedophiles.
Since his arrest, several other alleged suspects linked to the same network have been arrested in South African and the rest of the world.
The matter was postponed to November 30.
Click here for previous articles:
Read more about this in Thursday's Knysna-Plett Herald, and online.
'We bring you the latest Plettenberg Bay, Garden Route news'
Posted on: 14:16 Mon, 17 October 2016
Your Comments