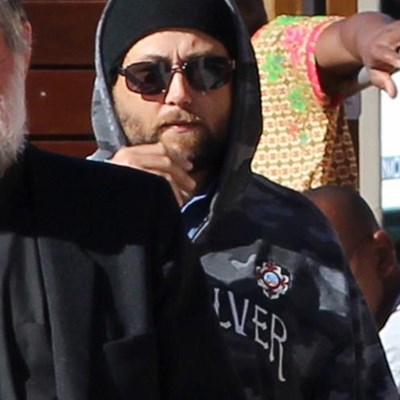 William Beale (38), leaves court during an earlier appearance. Photo: Yolandé Stander
PLETTENBERG BAY NEWS - A Plettenberg Bay local, linked to an international baby pornography network, pleaded guilty to almost 19 000 charges of possession of child pornography in the Knysna Regional Court on Monday February 20.
This follows two years of court proceedings, a lengthy investigation by South African and Belgium police, cataloguing more than 179 000 images of child abuse and a rejected plea bargain.
Court proceedings on Monday were not only attended by local anti-child abuse activists, but also included national representatives in the gallery as well as the commander of the Gauteng-based family violence, child protection and sexual offences (FCS) unit, Heila Niemand, and Sergeant Delene Grobler-Koonin.
The 38-year-old computer engineer William Beale briefly took his place in the dock and pleaded guilty to 18 644 charges of possession of child pornography as well as a single charge of possession of dagga.
The matter was postponed to April 18 for sentencing proceedings.
Beale became the first South African to have been arrested as part of Cloud 9 – a joint effort between South African and Belgian police responsible for cracking down on a child pornography ring linked to a cyber meeting space for paedophiles whose fetishes seem to be the sexual abuse of babies. Some of the images found include the torture and murder of babies as young as only a few days old.
When Beale was arrested on January 13, 2015 during a raid on his seaside home, police found sections of files containing thousands of videos and violent assaults as well internet addresses of more than 300 alleged paedophiles.
During court proceedings over the past two years the state alleged that there were more than 179 000 images in question.
Women and Men Against Child Abuse Western Cape spokesperson Joanne Barrett said the WMACA team are grateful for the hard work Niemand and Grobler-Koonin had poured into the investigation.
“We also would like to thank Tim van Eester of the Belgium police who played a vital role in cracking down on this network. It is due to international cooperation that the apprehension and investigation of these cyber crimes can result in successful prosecution and convictions,” Barrett said.
She added that they believe every image of child pornography is an image depicting a child being abused and that therefore the punishment should fit the crime.
WMACA founding director Miranda Friedmann said she is hopeful of a harsh sentence as last week Warren Knoop of the East Rand was handed 32 life sentences for rape in the Johannesburg High Court. His victims included three young girls.
Over and above the life sentences Knoop was also sentenced to 170 years behind bars for 870 charges of rape and possession of child pornography. The sentences will run concurrently with the life terms.
Local anti-child abuse group Green Hearts spokesperson Magriet Ferreira said the team is pleased that the matter is moving towards closure.
“We would like to salute the prosecutor and her team for their dedication in handling this case. We believe that he will receive an appropriate sentence,” Ferreira said.
She added that the group feel there is no difference between possessing child pornography and being actively involved in molesting a child. “In both cases there are children who are victims of these despicable deeds.”
Click here for previous articles:
ARTICLE & PHOTO: YOLANDé STANDER, KNYSNA-PLETT HERALD CORRESPONDENT
'We bring you the latest Plettenberg Bay, Garden Route news'
Posted on: 07:32 Thu, 23 February 2017
Your Comments