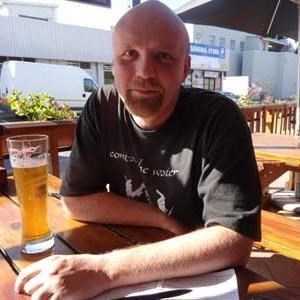 Mike Hampton.
KNYSNA NEWS - Community activist Mike Hampton spoke out on the non-attendance of representatives of the Knysna municipality, when he and fellow activist Susan Campbell listed a petition of alleged maladministration and financial irregularities against Knysna municipality before the Parliamentary select committee on petitions and executive undertakings on Wednesday, February 10.
Hampton also elaborated on his petition.
Hampton on Monday, February 15 wrote to the Knysna-Plett Herald as follows:
"The DA, right up to Helen Zille, wouldn't listen, The ANC wouldn't listen. The Knysna municipality wouldn't listen. That's no coincidence. It must be considered that they're all culpable for damaging Knysna for self-interest.
"Parliament listened. After almost five years, government finally listened. But an open door doesn't mean an open house. There's more work to be done, more evidence to be sent. And during this I expect bad people to ramp up their attempts to destroy my life.
"You'd think that there'd be some awakening but instead the DA and municipality have dug into their false position. Communications manager Christopher Bezuidenhout misled the SABC about this, yet he refuses to respond, seemingly on orders from municipal manager Grant Easton.
"The DA's response has been horrifyingly irresponsible. On their support Facebook page, The Knysna Knews, two propaganda pieces have been issued anonymously against me and Parliament, blatantly supported by deputy mayor Esme Edge, advocate Julie Seton, councillor Mark Willemse, councillor Peter Myers and candidate councillor Dr Martin Young. It's even been shared to the DA's new official Facebook page.
"But it won't be long before I reveal the ladies behind that lying page... and then we'll have our latest political scandal, one in a series that never ends in Knysna.
"It never ends because no one stops them. Instead, almost everyone hides or chooses sides instead of choosing right over wrong. Knysna has become a town of self-interests, each a little death against our future.
"I believe that Knysna is worth far more than that which is why I'm doing my best to stop them. I'm fighting like hell!
• Invitees were deputy mayor Esme Edge, executive mayor Georlene Wolmarans, municipal manager Grant Easton, legal services manager Melony Paulsen, Susan Campbell and Hampton.
Click here for related articles:
'We birng you the latest Knysna, Garden Route news'
Posted on: 07:40 Thu, 18 February 2016
Your Comments