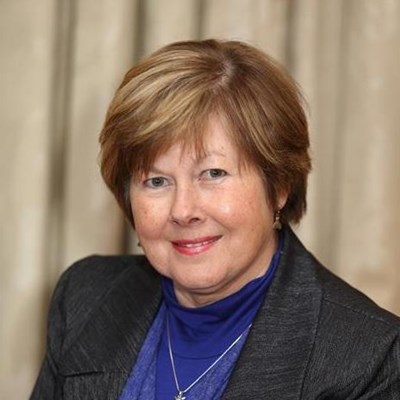 Knysna's deputy mayor Esmé Edge won a high court case against the blogger, Mike Hampton.
KNYSNA NEWS - Knysna serial blogger, Mike Hampton was sentenced to 60 days imprisonment for contempt of court, suspended for three years on condition he does not publish defamatory statements or photographs of Knysna's deputy mayor, Esmé Edge.
The contempt charge follows contempt of court of the court order granted on December 9, 2014 as he posted a blog on April 24, 2015 in deliberate disregard of the court order, Justice J Allie said when handing down sentence on Tuesday, July 7 in the high court applications brought by Edge against Hampton.
In essence the court found that while that applicant (Edge) has a duty to the public and can and should be held to a high standard of ethics and transparency in keeping with her duty this does not exempt respondent Hampton from publishing statements in a responsible manner.
She stated that Edge's conduct cannot be wrongful and unlawful simply because the respondent has declared it to be so. "He cannot cherry-pick the parts of established media framework that suit him. Established media is subject to ethical standards and obligations, for example, affording the subject of a particular publication the opportunity to comment on it prior to being publicly disseminated."
Pivotal principles of natural justice include the 'audi alteram partem' rule, which literally means 'to hear the other side', and 'nemo judex in causa sui', which means 'no one should be a judge in his own cause'.
Hampton was found to have failed to adhere to these principles having summarily accused Edge of dishonesty and finding her guilty in a court of public opinion without affording her the opportunity to defend this. No justifiable privileges that would exempt him from the consequences of the accusations he publicly levelled against her could be raised.

Mike Hampton's blog, Knysna Keep
After consideration, the court found that Edge had shown a clear right worthy of protection. She had shown actual harm and as no adequate alternative remedy existed the court ordered that Hampton be interdicted and restrained from publishing any picture of Edge, defamatory statements concerning her and personal information of her.
He was furthermore ordered to remove certain posts he had posted. He was also ordered to pay the costs in both the main application and contempt of court application as well of the costs of the postponements and wasted costs of March 12.
"I am very happy that justice and common sense have finally prevailed in this distressing, protracted matter," said Edge.
Hampton said on Wednesday morning, July 8 that he had not been in court and only received the judgement via email. "It's a 27-page document and I need time to read through it. I was found guilty of contempt of court and none of the issues were represented." Hampton said that he was more than willing to comment on the judgement, but that he needed more time to consider the judgement and that he might have to consult somebody about it.
Previous article: