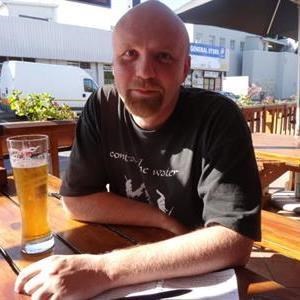 Mike Hampton
KNYSNA NEWS - In an email to Knysna speaker Eleanore Bouw-Spies, Mike Hampton of the blog Knysna Keep accuses Bouw-Spies of not performing her duties.
In the letter, which he also published on his website, Hampton outlines a speaker's duties: "Your duties include ensuring that the Code of Conduct for Councillors is upheld and, if you have a reasonable suspicion that the code has been breached, you must: authorise an investigation into the facts; give the councillor an opportunity to respond; report to a council meeting; and report to the MEC."
He also claims that Knysna's executive mayor, Georlene Wolmarans, failed in her duty "to monitor and oversee the chief financial officer and the municipal manager in the exercising of their responsibilities", and that Bouw-Spies needs to correct the mayor's conduct.
The letter continues to list instances of alleged misconduct that, Hampton believes, warrant investigation. These allegations include references to the anticipated appointment of Grant Easton as municipal manager despite irregularities in an ISDF tender process he was involved in.
Hampton also claims that the council failed in its oversight role at Knysna Tourism, which he alleges is guilty of "maladministration".
In his list of "quagmires" Hampton questions the relationship between Knysna Municipality and Carl Jeppe Attorneys and Advocate Julie Seton. "How much have they earned from that relationship the past three years?" he asks.
He also expresses his concern about a breakdown in communication between the municipality and himself. "My emails were unconstitutionally banned."
In conclusion he reiterates that Bouw-Spies is "legally bound" to investigate his allegations.
To read the letter in its entirety, refer to www.knysnakeep.org/dear-speaker-for-knysna-eleonor-spies.
'We bring you the latest Knysna, Garden Route news'
Posted on: 11:30 Thu, 19 March 2015
Your Comments