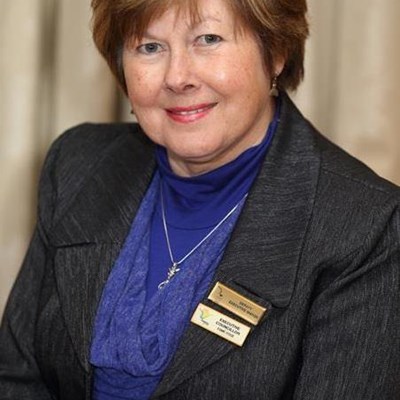 Knysna's deputy executive mayor Esmé Edge applied for an interim order to have local blogger Mike Hampton remove certain references to her from his web pages.
KNYSNA NEWS - Knysna's deputy executive mayor Esmé Edge applied to the high court for an interim interdict to have local blogger Mike Hampton remove her from his Love Knysna Facebook header as well as from his KnysnaKeep.org.
Both motions were heard in the Cape Town High Court. An interim agreement was reached between legal teams on Tuesday, December 9, which included Hampton taking down a header and his claims of maladministration.
A court date for the application has yet to be determined, but will most likely be in February 2015 once responding affidavits from both parties have been received. Julie Seton responded on Edge's behalf, saying that the application is sub judice and "was a motion application to interdict Mr Hampton from publishing anything defamatory about the applicant and to remove the defamatory post and comment on his Love Knysna Facebook page. The Knysna Magistrate's Court did not refuse the motion [as it] was not brought there. Individuals who are being harmed by the conduct of others have the right to approach the high court to protect themselves against unlawful conduct of others. The parties agreed to the applicant obtaining an interim order."
In this matter, Hardy Mills of De Swardt Vogel Myambo Attorneys represents Hampton as instructing attorney. Esmé Edge is represented by Carl Jeppe Attorneys.
Other cases
Several other cases against Hampton are pending.
Magda Moos - harassment trial
This case has been postponed until February 11. The applicant (Moos' lawyers) requested the postponement. The matter of costs will stand over for later argument. Court noted that the case was ready to proceed. Advocate Julie Seton appeared on behalf of the applicant on instruction from Carl Jeppe Attorneys.
Magda Moos - civil suit for defamation
In the Knysna Magistrate's Court, Hampton denied all claims against him. The normal filing of further pleadings and notices is applicable.
Magda Moos - criminal charges, crimen injuria
The docket for this matter has not been before the prosecutor for months. The control prosecutor has requested the SAPS to locate the missing docket.
Greg Vogt - harassment trial
The case will again be in court on January 21. The applicant (Vogt's lawyers) requested the postponement. Advocate Paul van der Berg appeared on behalf of the applicant.
The matter of costs will stand over for later argument. Court noted that the case was ready to proceed.
Greg Vogt - criminal charges, crimen injuria
The control prosecutor requested the SAPS to ask Hampton for additional information. Hampton's legal team will advise him as to how to respond, soon.
Hampton vs Mark Allan - criminal charges, crimen injuria
In this matter, Hampton is the complainant. The case was handed to the control prosecutor who in turn handed it to the prosecutor, who has requested additional information.
Hampton, who was once marginalised for his no-hold-barred opinions, has seen the popularity of this blog grow as he continues to relentlessly highlight many issues concerning perceived maladministration which has the potential to undermine public confidence.


I'm a 42 year old woman looking to meet men and women between the ages of 35 and 50.
View Profile