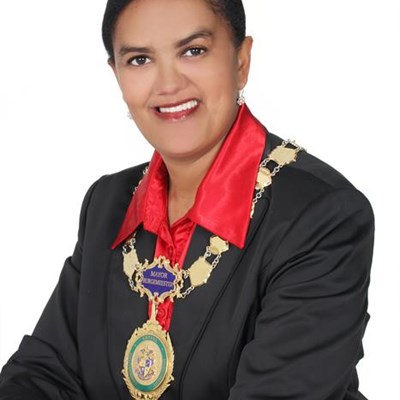 Knysna executive mayor Georlene Wolmarans says the municipality declined an invitation to appear alongside Mike Hampton before Parliament's select committee on petitions and executive undertakings, as they were concerned that attendance would reinforce the view that there may have been some validity in Hampton's allegations.
KNYSNA NEWS - The Knysna municipality has spoken out about the recent decision by Parliament's select committee on petitions and executive undertakings to investigate activist Mike Hampton's allegations against the municipality.
In his presentation, published on his blog "Knysna Keep" and "Love Knysna" Facebook page, and titled, "Trouble in Knysna", Hampton alleges irregularities with the funding of Knysna Tourism, the awarding of the integrated strategic development framework tender, the appointment of the municipal manager, and what he termed the "unconstitutional" blocking of his emails to the municipality.
In response to this, Knysna executive mayor Georlene Wolmarans said, "Although we were invited to appear alongside Mr Hampton before the select committee, Knysna Municipality declined to attend because we were concerned that attendance alongside Mr Hampton would reinforce the view that there may have been some validity in his allegations. It is worth noting that these allegations have been addressed, investigated and where appropriate resolved on numerous occasions in the past."
Wolmarans continued, "Knysna Municipality considers it unfortunate that the select committee expressed its displeasure at its absence, and it certainly takes exception to the assertion by the committee chairperson, Setlamorago Thobejane, that the municipality had to be there because an invite from Parliament is as good as a command to attend.
nysna Municipality views Mr Hampton's appeal to the select committee as a last, desperate effort to further his personal and possibly political agenda after all the other avenues available to him had been exhausted, and we would have expected the select committee to be aware of this."
"Knysna Municipality saw little point in wasting taxpayer and ratepayers' money by attending what appeared to be only a briefing and not a formal hearing."
"Despite the fact that Mr Hampton's allegations against the municipality have been addressed, he nevertheless continues to relentlessly spread his innuendos and rumours. To date his campaign has cost local ratepayers thousands in wasted time and energy of many elected officials and members of staff, all of whom would rather focus on current issues than on issues that have already been addressed. Unfortunately the facts seem to be of no consequence to Mr Hampton."
"Knysna Municipality takes pride in the fact that it received clean municipal audits from the Auditor-General for the last three financial years and that it has twice been a model pilot site for National Treasury.
"Knysna Municipality remains more than willing to comply with any official procedurally sound summons from the select committee if it decides to pursue this rather futile matter, and we will, of course, give the select committee our full cooperation."
Wolmarans concluded, "In all our actions, Knysna Municipality endeavours to act ethically and be of service to the people of Knysna."
Click here for related articles: