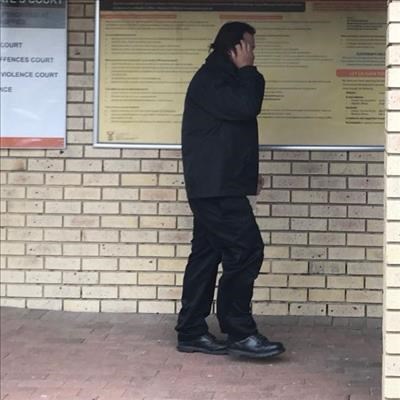 William Beale covering his face as he arrives at court.

GARDEN ROUTE NEWS & VIDEO - 39-year-old William Beale, a computer engineer from Plettenberg Bay, was just sentenced to 15 years behind bars for the possession of child pornography.

Sentencing took place at the Thembalethu Regional Court in George.

“Imprisonment is the only option for sentencing," said magistrate Eugenia Jacobs.

"It will send a clear message that these crimes are unacceptable and will not be tolerated. It will also deter the accused from repeating these crimes and deter others from committing them.”

The operation was responsible for cracking down on an international child pornography ring.

Beale pleaded guilty to just short of 19 000 counts of possession of child pornography.

Watch a video interview with Lieutenant Colonel Heila Niemand below.

Watch a video interview with Miranda Jordan-Friedmann, director of Women and Men Against Child Abuse below.

Read the full story in Thursday's Knysna-Plett Herald, and online.