He pleaded guilty to about 19 000 charges of possession of child pornography in February this year following his arrest in January 2015. He was subsequently released on R10 000 bail and relocated to Kimberley to live with his brother and his family. 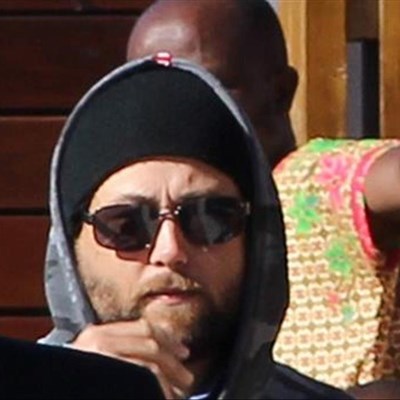 A glimpse of Beale during one of his court appearances. Photo: Yolande Stander

PLETTENBERG BAY NEWS - The Plettenberg Bay man who pleaded guilty to about 19 000 charges of possession of child pornography claims that downloading the images was about an interest in the “dark web” and a challenge to gain access to “locked files” containing shocking content.

This is what Colonel Bronwynn Stollarz, a psychologist with the police investigative psychology unit, said last week during sentencing proceedings in the Knysna Regional Court in the matter involving William Beale.

This claim Stollarz, however, described as an attempt to minimise his involvement in the matter.

Beale was the first South African to have been arrested in an operation involving South African and Belgian police to crack down on an international child pornography ring linked to a cyber meeting space for paedophiles whose fetishes seem to be the sexual abuse of babies. Some of the images found included the torture and murder of babies as young as only a few days old.

When Beale was arrested police found sections of files containing thousands of videos and violent assaults as well internet address of more than 300 alleged paedophiles.

He pleaded guilty to about 19 000 charges of possession of child pornography in February this year following his arrest in January 2015. He was subsequently released on R10 000 bail and relocated to Kimberley to live with his brother and his family.

She said this not only involved referring to his collection of images as an interest in the dark web and the challenge of accessing these forbidden files, but also by telling her that child pornography formed only a small percentage of the images he collected.

He also contradicted himself, she said, by initially reporting to her that he his paraphilic (abnormal sexual behaviour) interests only started in in his 20s, but later admitted that he had urophilic (sexual behaviour involving urinating) interests at the age of about 11. She said the latter was consistent with studies on the matter.

He also reported to her that he did not have a sexual interest in children, yet admitted that he became aroused viewing children engaging in sexual activity – especially if he believed them to be siblings. “For someone who is not interested in such material, it is difficult to watch,” Stollarz said, adding that Beale had often viewed images for extensive periods of up to eight hours at a time, according to him.

She further testified that Beale reported to her that “I know I should feel bad, but I don’t” when he spoke about his feelings towards children being abused for child pornography purposes.

She added that he, however, felt empathy for animals and therefore could not watch any form of animal abuse.

'Abused as a child'
She also shed some light on his background, which includes several forms of childhood abuse, including sexual and physical.

She testified that Beale’s biological mother was an alcoholic, that his father had died at a young age and that he grew up in orphanages and foster homes.

Stollarz added that after Beale completed high school, he lived on the streets and relied on stealing food and other necessities to get by. He also abused substances including opioids, Mandrax and dagga.

Stollarz also testified that there are several factors present with Beale that makes him a risk of reoffending, including his paedophilic disorder, antisocial personality traits, substance abuse, difficulty forming successful sexual relationships with partners and his criminal history. Beale was convicted on a drug possession charge earlier in life and was found in possession of dagga during his arrest in 2015.

The matter was postponed to 23 October for heads of argument to be prepared before sentencing.