Paedophiles in the Garden Route 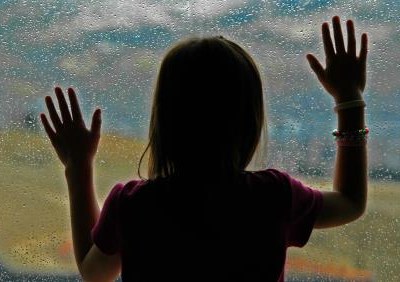 Generic image
KNYSNA NEWS - The picturesque Garden Route has been tainted by a series of horrific child sex crimes over the past decade.
In the latest incident a 37-year-old Plettenberg Bay computer engineer was arrested last week during a sting operation by South African and Belgian police for allegedly being linked to an international pornography ring distributing images and videos involving the brutal sexual assault of babies.
This just over a month after a George father was arrested for allegedly drugging his 12-year-old daughter and six of her friends during sleepovers, raping them and taking photographs of the naked young girls. The 40-year-old man, who cannot be named until he has pleaded, briefly appeared in the George Magistrate’s Court on Monday, January 19 and the case was postponed to March 25.
This was just two weeks after prominent local dentist, Ian Venter, was convicted of and sentenced for performing sexual acts on a friend's 15-year-old son during a holiday sleepover at his luxury Victoria Bay home.
Several authority figures, including teachers, have also been arrested in recent months for alleged sex crimes against children.
On April 16 this year, a 64-year-old former Wittedrift High School teacher will again take his place in the Knysna Magistrate’s Court dock on charges relating to the alleged sexual assault of his six-year-old granddaughter. He was arrested on December 15, 2013 after allegedly showing the little girl pornographic material and instructing her to touch his private parts in August 2012.
Another Garden Route teacher also appeared in court on Monday after allegedly sexually assaulting a 12-year-old learner at the Fraaisig Primary School in 2013. The 52-year-old former teacher at the school was arrested after he allegedly pinned a pupil against a wall in the school’s photocopying room after she had helped him hand out documents to teachers. He allegedly covered her mouth with his hands and pulled her pants down before sexually assaulting her. He denies the charges. The case was postponed to April 15 for trial.
Several paedophiles were also brought to book in 2012, including a Sedgefield father who was sentenced to life imprisonment for raping his daughter. The man, who was 36 years old at the time, entered his then 14-year-old daughter’s bedroom during the early hours of July 29, 2010 and told her to take her clothes off before raping her. The girl’s mother caught him in the act.
In Mossel Bay in the same year, Samuel Ndzongwana was sentenced to 15 years in jail for repeatedly raping his 13-year-old stepdaughter.
In 2011, Knysna paedophile Rory McKenna was sentenced to two years’ correctional supervision for the statutory rape of a 15-year-old girl.
Also in 2011, Plettenberg Bay resident Stephen Wooding was sentenced in the Chelmsford Crown Court in England to six year’s imprisonment after admitting to more than 30 sexual offences against children. Wooding was extradited in 2009 following sex crimes against young children while living in England for six years. He returned home in 2008. Wooding started a relationship with a woman with dual British and South African citizenship in 2006, but then molested her 10-year-old son and eight-year-old daughter at their home in Stansted, Essex, North of London.
In 2009, Geoffrey Wolhuter, a supermarket manager, made headlines when he was convicted for indecently assaulting homeless street children in exchange for food and gifts in Plettenberg Bay. He was sentenced to six years’ imprisonment, four years suspended for five years, but was paroled after just 13 months. Wolhuter was stabbed to death in his home in May 2011.
Although almost a decade has past, the Plettenberg Bay community is still haunted by the molestation and murder of six-year-old Steven Siebert over the Christmas season in 2005. Theunis Olivier was convicted of the murder, kidnapping and sexual assault of the boy who was on holiday with his parents from Randburg. Two days before Christmas Day, Steven was playing outside when Olivier approached him, lured him to his home and sodomised him. Olivier later strangled him with a telephone cord and hid the little boy’s body in a cupboard before dumping his body in a bushy area near his home.
Olivier was arrested after initially 'assisting' in the boy’s search, convicted and sentenced to life imprisonment in August 2007.
Renowned women and children’s rights activist Lesley Ann Foster said although she had noticed the prevalence of sex crimes against children along the Garden Route, it was very difficult to establish the reason why there were more cases in some areas than in others.
"In my experience sexual crimes against children are not a Garden Route problem or even a South African problem. It is a global issue and experts are still trying to figure out why people do this," Foster said.
She did however add that a desire for power and control was one of the biggest contributors to sex crimes. "It is not about sex, it is about power and control over someone. You will also find that in many cases it is professionals like doctors and teachers who are the perpetrators."
Southern Cape Police spokesman Captain Malcolm Pojie said that while sex crimes against children were a national problem, there had been many high-profile cases along the Garden Route over the past decade. "It is very difficult to establish the reason," Pojie said.
ARTICLE: YOLANDE STANDER
'We bring you the latest Knysna, Garden Route news'
Posted on: 06:30 Thu, 22 January 2015
Your Comments