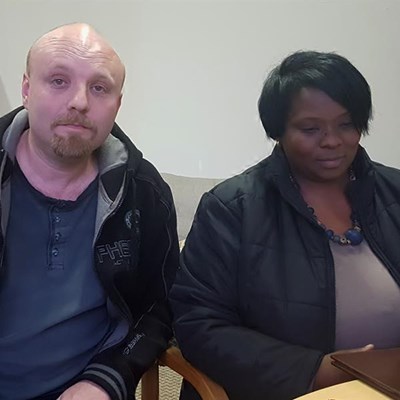 Knysna blogger, Mike Hampton met with the newly elected Knysna executive mayor, Eleanore Bouw-Spies on Friday, September 9, to conduct an open discussion.
KNYSN NEWS - The office of the Mayor is disappointed that Knysna blogger, Mike Hampton has chosen to go public with unsubstantiated allegations and unfounded claims of corruption and cover-ups in the Knysna municipality.
Following an open and frank meeting held at the mayor Eleanore Bouw-Spies’s request, the details of what he calls “a communication scandal” were provided as well as confirmation that all procedures were followed.
The acting municipal manager, Carl Mattheus explained the procedures in details as well as the deviations according to the Supply Chain Management Policy 2016/2017, which is in line with the 2005 Supply Chain Management Regulations.
Despite this Hampton chose to not only ignore this, but also make serious accusations against the legal advisor, acting municipal manager and communications manager whom he accuses of supporting and trying to cover up corruption.
While the Knysna Municipality recognises Hampton’s right to free speech, his blog postings should not be confused with mainstream journalism which requires a higher level of procedural and ethical standards.
The municipality provided Hampton with the relevant information pertaining to the appointment of “Out There Communications” on a three month contract.
The office of the Mayor is also concerned that while Hampton raises the issue of being presumed innocent until proven guilty in what he calls “the fireman scandal” he does not offer the same presumption of innocence to others.
The office of the Mayor will continue to respond to reasonable requests for information, but cannot be drawn into an on-line war of words where information is conveniently edited to suit a particular agenda.
Hampton, like any citizen in our democratic country, is entitled to use existing and established structures to raise any and all concerns that he may have.
Comment has been requested from Mike Hampton.
Read the latest here.
'We bring you the latest Knysna, Garden Route news'
Posted on: 09:19 Sun, 11 September 2016
Your Comments