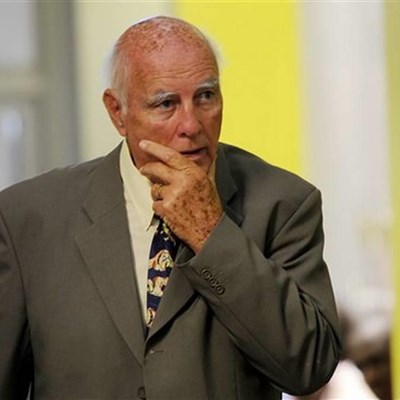 The former Grand Slam tennis champion was expected back in court on April 17 for sentencing proceedings.

The matter would be transferred to the High Court in Pretoria, Judge Bert Bam said.

His bail conditions required him to hand over his passport and restrict his movement between the Eastern Cape, where he lived; Pretoria for court proceedings, and Johannesburg, where his daughter lived.

Terry Price, for Hewitt, told the court he would file an application to have a clinical psychologist assess his client.

Bam said Price would have to convince him during the next court appearance that the clinical tests were necessary for Price's arguments in mitigation of sentencing.

Hewitt, wearing a beige suit, sat in the dock with his arms folded.

Earlier Bam found the Australian-born Hewitt guilty of raping two of his former students, Theresa "Twiggy" Tolken and Suellen Sheehan in the 1980s and of sexually assaulting a third woman, who may not be named, in the 1990s. He gave tennis lessons to the girls in Johannesburg.

"In all three cases the victims were gullible young girls who were in their early teens when the accused started coaching them.

"All three complainants were overwhelmed by the presence and reputation of the accused and the high esteem he was held in," Bam said.

Hewitt had pleaded not guilty to the charges.

In his judgment Bam said Hewitt "manipulated the girls to get them under his spell, and after having 'groomed' them, and after they had fallen in love with him, the accused proceeded to have intercourse with them without needing their express consent".

They were intimidated by Hewitt and submitted to him, Bam said.

"The accused abused the children's trust in him."

Bam said it was unfortunate that crimes of such a nature only came to light many years after they were committed.

He said the State had proved beyond a reasonable doubt that the evidence against Hewitt was reasonably possibly true.