ANC councillor Victor Molosi was gunned down outside his home in Concordia last year.

This High Court matter is appearing before Judge RCA  Henney.

Before the court adjourned for lunch, Henney questioned the relevance of Makhala's evidence. Henney said the rules of evidence are that it must be relevant, and that he is not interested in what Makhala 'ate or drank or how many girlfriends he had'.

State prosecutor MP Heyns said the state witness is deviating from his original statement and asked the court to consider that the version of the first statement is true.

The three accused - Velile  Waxa, Mawande Makhala and Vela Patrick Dumi - are facing charges of murder, conspiracy to commit murder and possession of an unlicensed firearm. They all pleaded not  guilty on all accounts earlier today.

The fourth accused, Mandla Tyololo will be tried separately.

Court is adjourned and will resume after lunch.

Makhala is still under oath. 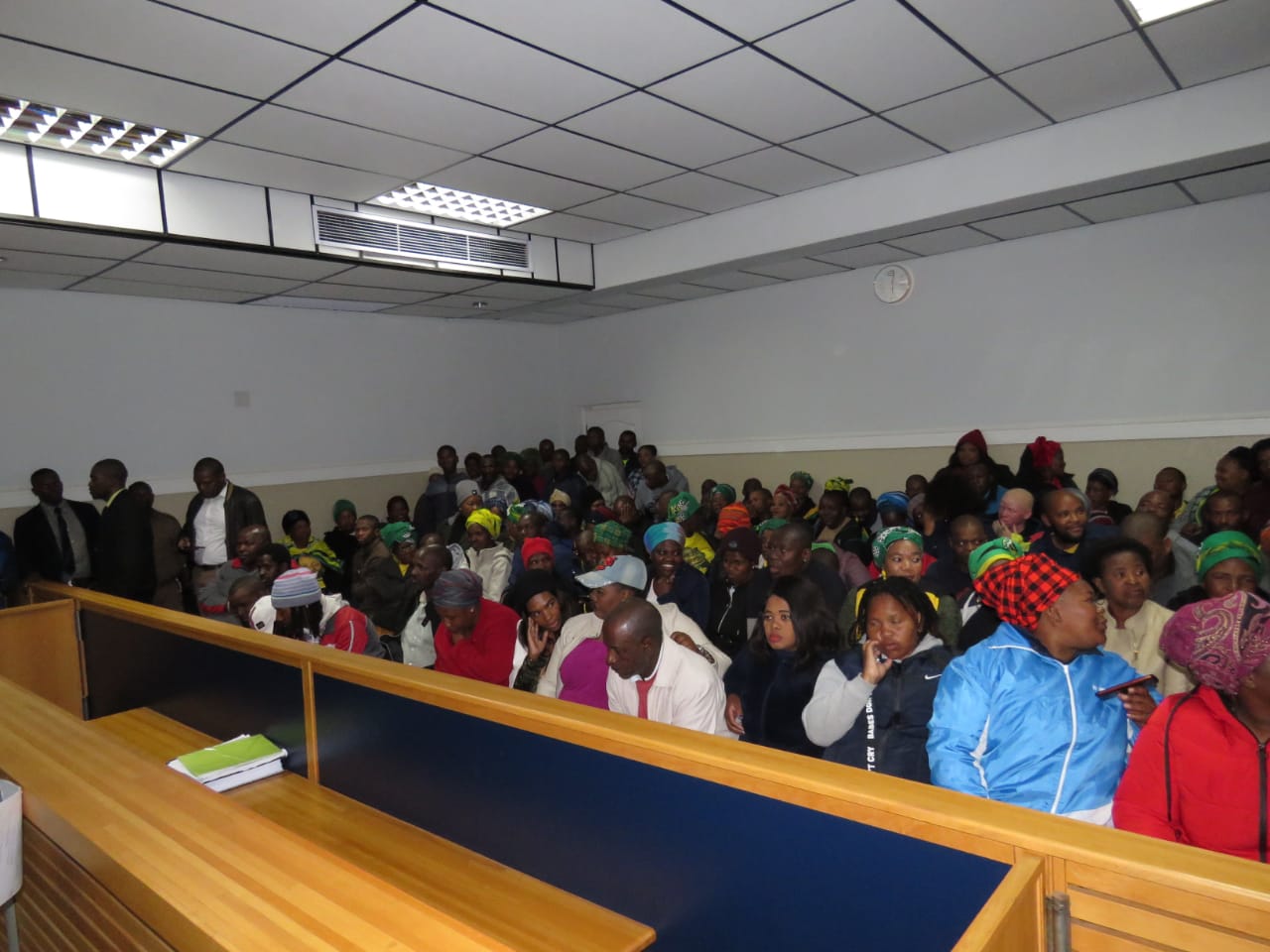 The court room is packed.