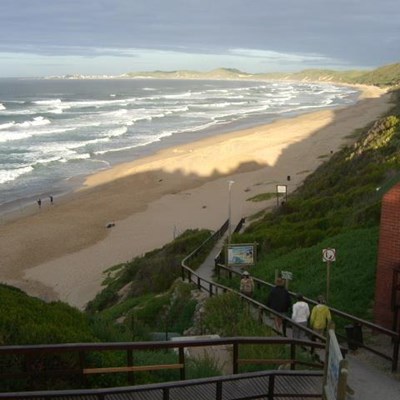 The beautiful Brenton-on-Sea
KNYSNA NEWS - KNYSNA NEWS - Petitions have been started since a story in the Knysna-Plett Herald last week about a motion that slipped through the Mayoral Committee meeting of October 15, proposing what has become extremely contentious public drinking hours over the festive season.

The recommendation was to allow drinking 'around-the-clock' at the following areas, Green Hole, Bollard Bay, Kathy Park, Coney Glen, Buffalo Bay, Brenton-on-Sea and the Old Jetty in Sedgefield from December 23 to January 2 and from January 3 until December 22, drinking of alcohol in these public places would be permitted from 06:00 until 22:00 at night.

While this motion apparently sailed through the Knysna Mayoral Committee meeting, one very strong objection during the meeting came from the manager of Knysna Protection Services, Steven Langlands, who said loud and clear:

"Protection Services is not in agreement with the idea of designating certain areas as drinking areas. This will create a problem in terms of law enforcement and could lead to an increase in cases of assault, murder, attempted murder, aggravated assault, all of which can be ascribed to the excessive consumption of alcohol. It will further add to incidents of drunken driving."

In last week's Knysna-Plett Herald, objections were raised by key players in town like the Knysna Ratepayers' Association, the Leisure Isle Residents' Association and even councillors who were unsure of how they felt.

At least two petitions were started by local groups in Knysna and Sedgefield.

"We absolutely do not need an action like this which will be prejudicial to the whole tourism industry," said Phillips.

Mike Hampton of Love Knysna blog wrote an article about the madness of allowing drinking of this magnitude in Knysna to happen and supported a petition started by a group of local Knysna residents, which gained hundreds of supporters within days.

The Knysna-Plett Herald Facebook page was flooded with comments, not all of them polite, saying this would not be acceptable and was "madness, suicide for the town".

A council meeting will be held today, October 29, at which this motion will be debated as part of the agenda.
The public are welcome to attend as it is an open meeting and all opinions will be considered.
View the petition here.
Read a previous article: 24 hour public drinking over Festive season
ARTICLE: ELAINE KING, KNYSNA-PLETT HERALD - EDITOR
'We bring you the latest Knysna, Garden Route news'
Posted on: 14:00 Wed, 28 October 2015
Your Comments