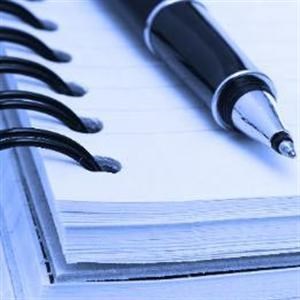 NATIONAL NEWS - Young South Africans from all over the country will have the opportunity to establish their leadership and career credentials, when the 19th annual Anglo American and Sowetan Young Communicator Awards (YCA) takes place this year.

The YCA is a public speaking competition open to all grade 11 and grade 12 learners from South African public high schools, who do not speak English as their first language.

The Awards have a long and distinguished history, having been established in 1994 by Anglo American, in partnership with the Department of Basic Education and the Sowetan newspaper, with thousands of learners having actively participated since its inception.

Every year, the YCA commences with workshops, district eliminations, and provincial contests in all nine provinces, with each provincial winner proceeding to the final competition in Johannesburg. During the finals, the national winner will be selected, winning a R60,000 study bursary, as well as R20,000 for his or her school.

The 2011 YCA winner, Stephen Buabeng-Baidoo says that winning the competition has resulted in numerous positive impacts on his life. "The YCA has given me an almost undefinable sense of confidence, and also instilled within me the notion of inquiring about the world, and speaking passionately and without fear, to ensure that my voice and those of others are heard.

"Furthermore, it has allowed me to enter any university of my choice, and through my bursary, the probability that the majority of my tuition fees will be paid for. For me the YCA is more than just a competition; it makes a real difference by changing lives."

The competition has grown in stature and scope over the years, evident in the fact that in 2011 alone, there was a 111% overall attendance at the nationwide workshops, with 2,037 learners and 527 teachers taking part. The competition has a widespread and considerable impact on educational development in South Africa, by improving numerous students’ core competencies in English and oral presentations, and up-skilling and empowering teachers to impart this knowledge. Godfrey Gomwe, executive director of Anglo American in South Africa says that the impact of the YCA extends beyond that of just another public speaking competition.

"The YCA essentially unearths South African talent, and provides them with invaluable experience, personal growth, and a greater sense of self-confidence. The competition is making a real difference to South Africa’s future by moulding these young individuals to become dynamic and thoughtful leaders of tomorrow."

Gomwe concludes that the YCA is contributing positively to South Africa’s development. "Educational upliftment is a vital aspect of Anglo American’s core goals, as we firmly believe that the development of young South Africans will ultimately further the socio-economic development of our country. Therefore, it is a great honour for our company to partner with the YCA, as it embraces the concept of nation building by encouraging the youth to find solutions to key issues facing their communities and the country as a whole."