Tassi Carelse and Bronwyn Litkie with the 64 000 signatures.

GARDEN ROUTE NEWS - The women who came out today to support the no bail peaceful protest, did not know Meghan Cremer.

Women from Philippi, Observatory, Claremont, Kalk Bay and Bishop's Court wore t-shirts with the words 'SA Women Fight Back' and 'No Bail: Justice for Meghan'.

It was the first time Naz Rahim (68) from Constantia ever went to court.
"I've never seen a court inside before but will be here for support each and every time."

Athlone Magistrates Court state prosecutor Enver Hartnick revealed that all three murder accused have cases, including murder, pending against them.

The case was postponed for further investigation to 16 October. 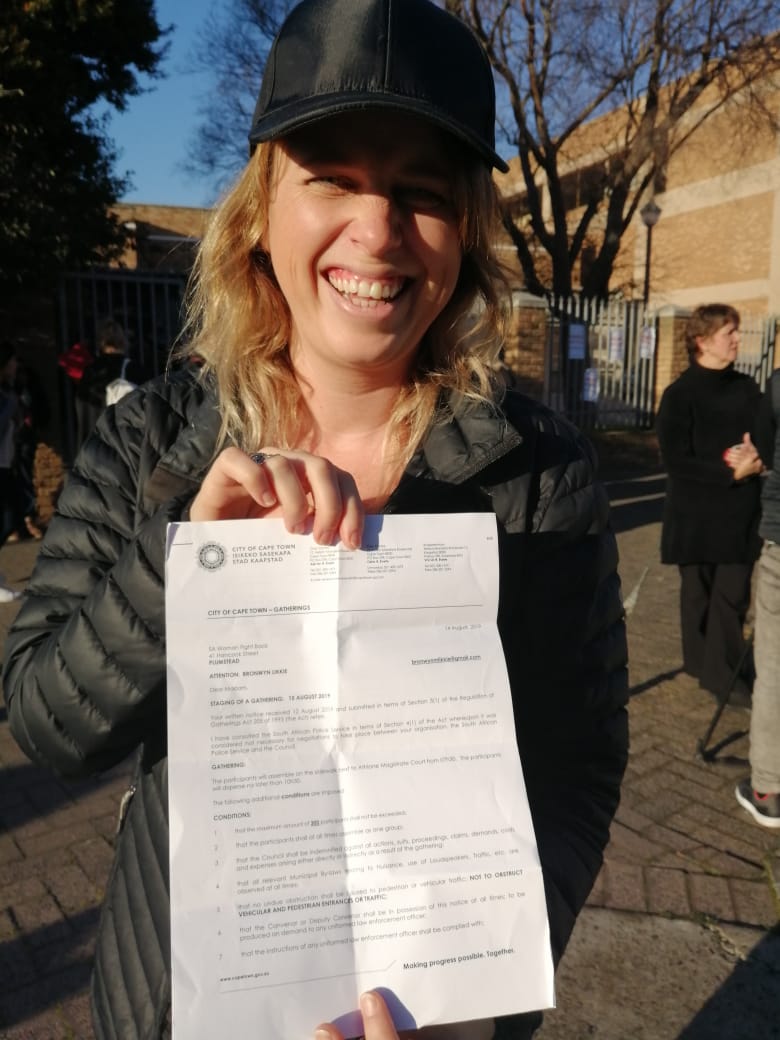 SA Women Fight Back founder Bronwyn Litkie is all smiles with her very first permit to hold a peaceful protest outside Athlone Magistrates Court on Thursday morning.