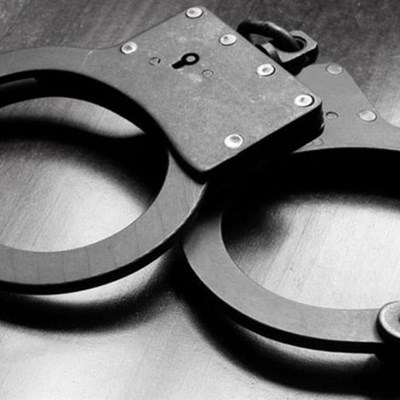 Generic Image
PLETTENBERG BAY NEWS - The arrest of a well-known Plettenberg Bay teacher this week over claims that he sexually assaulted a ten-year-old male learner of his school has sent shock waves through the local community who was rocked by a similar alleged crime just two weeks ago.
The 42-year-old primary school teacher, who cannot be named until he has pleaded, was arrested on Monday, June 22 after a Grade 2 learner’s guardian reported the matter to local police.
He briefly appeared in the Plettenberg Bay Magistrate’s Court on Tuesday, June 23 and will take his place in the dock again on July 2 when he will have the opportunity to apply for bail. He remains in custody in the meantime.
State prosecutor Henriette Breedt indicated that she would oppose bail in the matter.
Police spokesman Captain Malcolm Pojie said the child’s guardian realised the boy had suffered some form of trauma when he suddenly started wetting his bed.
“She decided to interview the boy who revealed to her that the suspect had sexually assaulted him on two occasions during May, at a swimming pool and the school respectively. As a result, she reported these allegations to the local police whereafter a case docket was opened earlier this month,” Pojie said.
The case was later handed over to the George Family Violence Child Protection and Sexual Offences (FCS) unit for further investigation.
Pojie confirmed that the suspect had been charged in terms of the Sexual Offences Act with sexual assault and compelling a child to witness self-masturbation.
The man’s court appearance sparked a lot of interest and court proceeding were attended by several of the suspect’s family, friends and other community members. Several members from local anti-child abuse organisations including Women and Men Against Child Abuse (WMACA) and the Green Hearts of Plett also gathered at court to obtain more details about the case.
Western Cape Education Department spokesman Jessica Shelver confirmed that the school had reported the matter to the department’s district office.
“We view this allegation in an extremely serious light and will give top priority to a departmental investigation,” Shelver said.
She added that the department’s circuit team had visited the school to provide support and that a social worker and a school psychologist were providing counselling to those who needed assistance.
“Police are providing counselling for the learner involved.”
Shelver added that the department usually decided on suspension based on the suspect’s bail conditions.
“These conditions normally bar teachers from returning to school, in which case there is no need to issue a suspension order. The department suspends teachers in disciplinary cases as a precautionary measure to prevent interference with witnesses or evidence. The very strong likelihood is that the court will bar this teacher from the school if he is granted bail. If not, the department will look at suspension.”
In the meantime, local child protection organisation, Masizame, has “terminated” its relationship with the suspect. The teacher had a close working relationship with the organisation.
“We are also making sure that the child involved is receiving the necessary support,” Masizame spokesman Nicolas Coleman said.
Woman and Men Against Child Abuse (WMACA) spokesman Germaine Vogel said that this case highlighted once again the “urgent need to alert our communities to the vital necessity to protect children and prevent all harm to them”.
“We need to hear our children, we too often ignore signs of abuse as we are afraid to deal with its realities. Let us not forget that sexual assault or molestation of young children has, in most cases, devastating effects on their emotional and psychological well-being, development and relationships which are not beneficial to the health of our society,” Vogel said.
“Our legal system has an obligation to prioritise the needs and rights of a child victim before that of the accused. We would also request the Department of Education to effectively screen all employees, and all adults found guilty of sexual offences against children must be on the register.”
This most recent incident follows the arrest on June 8 of a 34-year-old handyman at a Plett preschool who allegedly sexually assaulted a six-year-old boy in the school’s bathroom.
During his court appearance on June 9 it came to light that he had been out on parole during the time when the alleged incidents took place and that he had two previous convictions - one of attempted murder and another of assault.
He will apply for bail on Friday, June 26.
Previous articles:
Related articles: