Many rally behind accused teacher 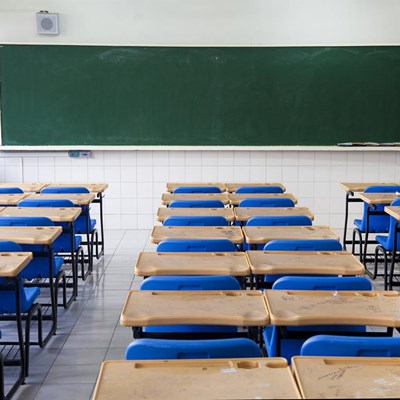 Generic image.
PLETTENBERG BAY NEWS - There has been overwhelming support for the Plettenberg Bay teacher who was arrested on charges of sexual assault of a ten-year-old boy from his school.
During his bail application last week, 17 of his colleagues and several other high-profile individuals submitted statements in his support to the court, stating that they believe in his innocence.
The gallery was packed with friends, family and residents who were visibly relieved when he was released on R3 000 bail on Friday, July 3.
The 42-year-old accused’s lawyer John Gillespie also highlighted the teachers’ series of achievements, his passion for helping children and his support of anti-child and women abuse action.
He also submitted a statement by the primary school teacher in which he denies the incidents and said that crimes of this nature “disgusted” him.
“I would never sexually assault anyone, let alone a child,” the teacher said in the statement.
The accused, who cannot be named until he has pleaded, was arrested on Monday, June 22 after a Grade 2 learner’s guardian reported the allegations to local police.
Police spokesman Captain Malcolm Pojie said the child’s guardian realised the boy had suffered some form of trauma after he suddenly started wetting his bed.
After interviewing the boy he revealed to her that the suspect had sexually assaulted him on two occasions during May.
During his bail application, investigating officer Christopher Wolhuter, a member of the George Family Violence Child Protection and Sexual Offences (FCS) unit, said the alleged sexual assaults happened at a local swimming pool when the teacher took the child for swimming lessons and then again at the accused’s home.
Pojie confirmed that the suspect had been charged in terms of the Sexual Offences Act with sexual assault and compelling a child to witness self-masturbation.
While Wolhuter initially testified that the state had a prima facie case against the accused, he later admitted the key facts in the case, including the date of the alleged incidents, were not yet known.
The teacher was released on bail under strict conditions including that he may not access the school premises and not have contact with any child younger than 16 years. He must report to the local police station every Saturday.
While there was overwhelming support for the teacher, local anti-child abuse groups also gathered at the Plettenberg Bay Magistrate’s Court last week to support the child in the matter.
“Child sexual abuse is tragic and traumatic for its survivors and that is where the bulk of our focus should always be and that is why we were at the court in solidarity with the child victim,” Women and Men Against Child Abuse (WMACA) Garden Route spokesman Yvette Wilschut said.
“This case requires specialised focus to give this child a voice in court and we therefore urge the National Prosecuting Authority (NPA) and the Department of Justice to ensure that this case gets heard in a high court.”
Previous articles:
Related articles: