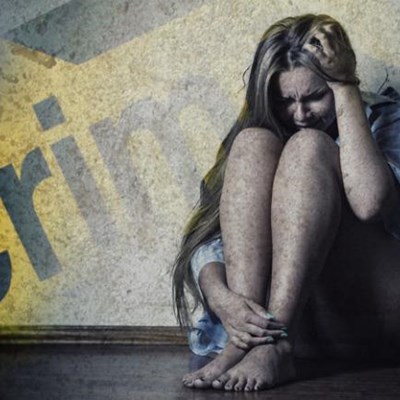 Generic image.
PLETTENBERG BAY NEWS - Plettenberg Bay was once again rocked by sex crimes against children when a Ghanaian man was arrested over a series of crimes against young girls between the ages of seven and 11.
The 38-year-old man, who cannot be named until he has pleaded, will apply for bail in Plettenberg Bay Magistrate’s Court next week Friday, September 25.
The accused was arrested by members of the George Family Violence, Child Protection and Sexual Offences unit (FCS) at his home in Kwanokuthula on September 8 at about 20:00 after allegedly committing several offences involving four young girls between August and September.
Police spokesman Captain Bernadine Steyn said the man was initially charged with exposing children to child pornography, exposing his genitals to children, the attempt to commit a sexual offence and sexual assault.
It is alleged that he attempted to have oral sex with an 11-year-old girl on August 31 at about 15:00, and the next day at about 16:00 he allegedly showed a pornographic film to two nine-year-old girls.
At about 17:00 on September 2 he allegedly exposed his genitals to a seven-year-old girl. It is further alleged that he also demanded that three young girls – two nine years old and one 11 years old – undress themselves, at about 15:30 on September 8.
He was arrested later that evening and appeared in court for the first time on September 10, but the matter was postponed twice thereafter – once because there was no Twi interpreter available.
He appeared for the fourth time on Tuesday September when possession of drugs was added to the charges and it came to light that the man was also allegedly in contravention of South Africa’s immigration regulations.
The case was postponed to September 25 for a formal bail application. The accused remains in custody until then.
His arrest came as a shock to the community that has been rocked by several major crimes against children since December.
On December 9, 18-year-old Lulama Candani was arrested for allegedly murdering eight-year-old Sesona Bhayibihle in Bossiegif on the outskirts of Plettenberg Bay. Rape was later added to the charges after the autopsy revealed that the little girl had also been raped.
On January 13, a 37-year-old Plett computer engineer was arrested following a lengthy investigation by South African and Belgian police over an alleged link to an international baby pornography network.
In June, a 34-year-old man with previous convictions, including murder and assault, was arrested after claims surfaced that he allegedly sexually assaulted a six-year-old boy in the bathroom of a Plett preschool. The matter was later withdrawn after the State found there was no possibility of a successful prosecution.
Also in June, a 42-year-old Plett teacher was arrested for allegedly sexually assaulting a ten-year-old boy from his class.
Spokesman for Women and Men Against Child Abuse (WMACA), Joanne Barrett, said the Plett community was outraged over the number of child abuse cases rearing its head on the Garden Route, especially Plettenberg Bay.
“But, we are determined to root this scourge out of our communities. In the latest case involving the Ghanaian man, we will take a stand against his release on bail. There is no excuse for child abuse and we stand by our demands – no bail for child abusers and maximum jail sentences.”
Read a previous article: Man arrested for sex cimes
ARTICLE: YOLANDé STANDER, KNYSNA-PLETT HERALD - CORRESPONDENT
'We bring you the latest Knysna, Garden Route news'