In Venezuela's cattle-rearing region of San Silvestre in the western state of Barinas, ranchers are falling prey to rustlers and government price controls.

AGRICULTURAL NEWS - Rotting hides on the road are all that is left of three butchered cows.

Such carnage is common in Venezuela's cattle country, where thieves, squatters and government policy threaten a vital food resource.

Venezuela's severe economic crisis is felt keenly in cities - where food sources are limited - but it's also cutting a swathe through what should be the country's food basket.

Seeing the hides on the road - the handiwork of cattle poachers - Jose Labrador stops his truck and explodes with rage.

"It's as if they were telling us: 'We are killing your cattle, so what?'" the 46-year old rancher says, fuming that complaining is useless - police and local authorities will do nothing.

Labrador and other farmers in the cattle-rearing region of San Silvestre, in the western state of Barinas, say they are in a state of siege - from squatters, gunmen and government price controls that make their farms unprofitable.

"I can't sleep on the farm anymore because I'm scared," said Jose Antonio Espinoza, owner of a 600-head herd in San Silvestre."They have come around here and tied people up, and then stolen everything - chainsaws, water pumps, cattle."

He said as many as 74 bulls have been stolen over the past year from his family farm.

Cowboys on horseback herd his traditional Venezuelan Brahman and Carora breeds, as well as buffaloes, to and from their fertile grazing land.

But they are powerless when the rustlers strike.

The wheeling of vultures overhead is a warning that the poachers have struck once again. When they arrive, only bones and skin remain, the meat cut up and taken away to feed a hungry black market. 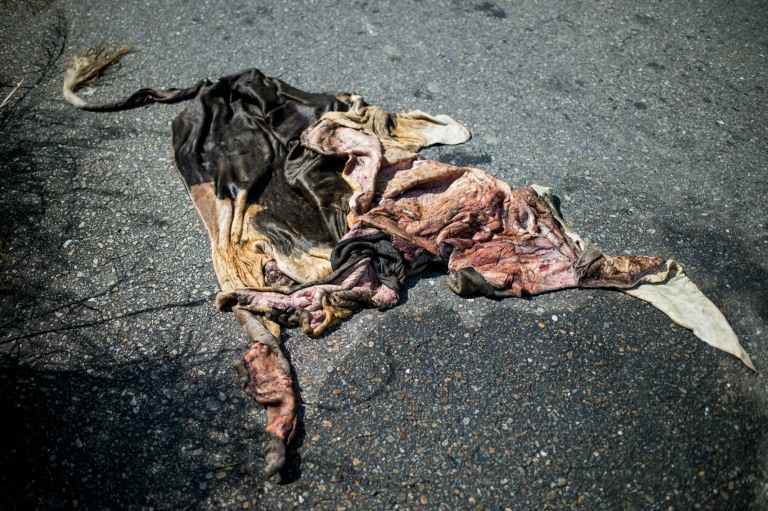 Rotting cowhides on the roadside are a common sight in Venezuela's cattle country, where thieves are threatening a vital food source.

Farm policy failures
In a 2016 survey, three-quarters of Venezuelans reported they had lost weight since the economic crisis began, by an average of 19 pounds (8.5 kilos).

Chronic shortages of protein in the cities should provide an opportunity for the country's farmers, but farms are producing less and less. Venezuela's National Federation of Cattle Ranchers says meat consumption is way down -- and government policies are making it even more difficult.

Meat produced in Venezuela now barely accounts for 40 percent of domestic consumption, less than half the 97 percent of two decades ago, according to the National Federation of Cattle Ranchers.

Per capita meat consumption went from 20 kilos per year in 1999 to only seven kilos at present, the federation says. Even then, farmers can't fulfill demand.

"We are going backwards... even though those of us who remain on the land work tooth and nail," federation president Armando Chacin told AFP.

Chacin warned that government policies, far from easing the problem, have served only to strangle growth.

Venezuela, a country of more than 30 million people, raises less than 10 million head of cattle, the federation says; in 1999, when the population was 20 million, there were 14 million cattle.

Dwindling resources makes meat more expensive in the capital Caracas, 560 kilometers (350 miles) away, where it costs the equivalent of the minimum monthly wage to buy two kilos of meat.

Land expropriations
Since the arrival in power in 1999 of Hugo Chavez, the socialist government has expropriated five million hectares (12.4 million acres) of agricultural land, the cattle ranchers federation says. 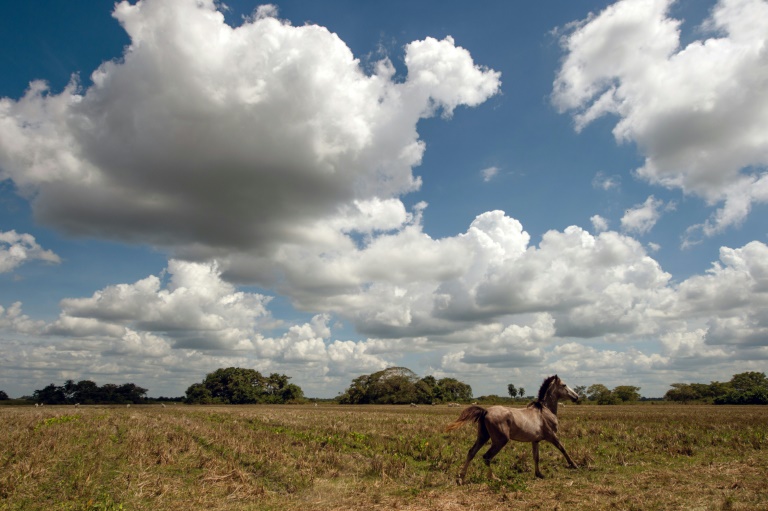 At the same time, high oil prices meant Venezuela imported more of its food, to the detriment of its own agriculture industry.

Price controls mean farmers get little for the meat they produce.

After years of fattening, a big animal brings in about $250.

But with Venezuela's staggering inflation set to top one million percent this year - according to the International Monetary Fund - it barely covers the cost of a truck tire.

Land invasions are another problem. Emboldened by government policy, armed squatters invaded a large maize farm in San Silvestre and ransacked it in the space of three days.

"They robbed nine tractors and three harvesters, they destroyed the house. We got tired of complaining about it and neither the national guard nor the police intervened," said Marisela Febres, the owner.

The incident happened in 2016, but she was never able to recover her land. Arguing that the land was idle, the state-run National Land Institute awarded the farm to the squatters earlier this year.

In border areas, farmers can be even more exposed, regularly becoming the target of extortion by armed groups, engaged in running contraband or drug trafficking.

Late last month, the government took over the running of a score of slaughterhouses. Officials accused their owners of speculation and promptly slashed prices by two-thirds.

There have also been cases of pro-Maduro state governors demanding that farmers sell part of their production, setting the prices themselves, to distribute to their supporters at low cost.

Making matters worse on a local level is that the poachers don't discriminate. Even maintaining farm equipment is a challenge; armed gunmen frequently invade farms and loot everything of value.

The animals killed include breeding bulls and dairy cows alike, animals that remain productive for up to 12 years. One cow alone can produce 4,000 liters of milk a year.

Labrador says he was a recent victim.

"They killed a bull of mine with incredible genes, one that was going to be a very productive stud," he said.

Farmers have difficulty buying seeds and fertilizers, even vaccines for livestock, he says.

"If there are no medicines for people, imagine what it is like for the animals." 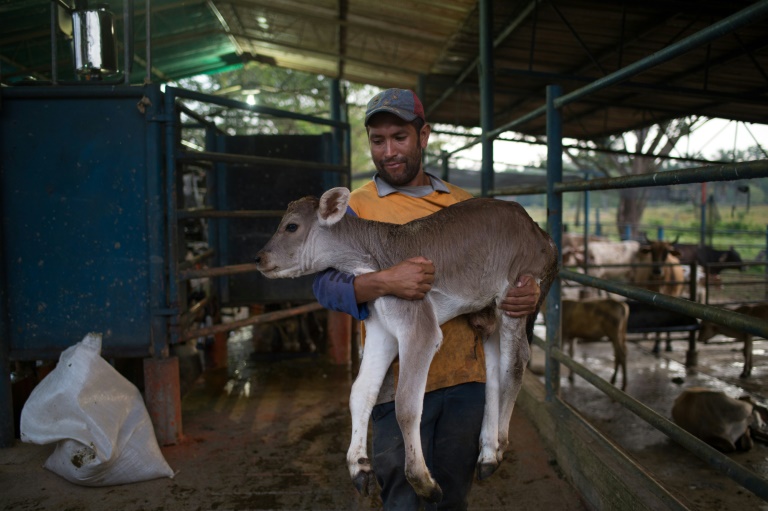 Among the animals targeted are dairy cows -- one cow alone can produce 4,000 liters of milk a year.