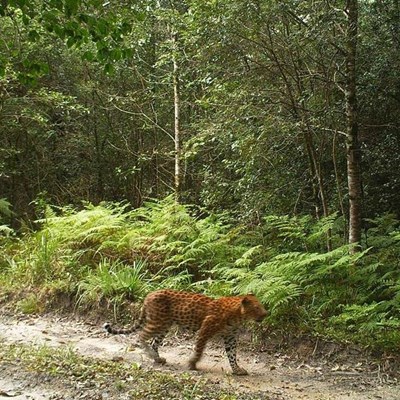 A leopard has been spotted in the Knysna Forest.

KNYSNA NEWS - SANParks confirmed the sighting of a leopard in broad daylight in the Diepwalle area of the Knysna Forest on May 2.

While it has long been known that the extensive forest accommodates these beautiful felines, most evidence made public were in the form of grainy photos, usually taken at night by motion detector cameras. SANParks’ recently released footage depicts a leopard in its full-colour glory walking on a dirt road in the forest.

Leopards are listed as near threatened on the IUCN Red List because leopard populations are declining in large parts of their range.

While it is believed that the species has become extinct in Northern Africa, leopards are still relatively numerous in marginal areas in sub-Saharan Africa, but numbers are fast declining due to illegal hunting for their fur as well as livestock farmers killing them to protect their animals.
'We bring you the latest Knysna, Garden Route news'
Posted on: 10:11 Fri, 15 May 2015
Your Comments