Waterskiing takes off in Rheenendal

This event was brought to Portland Manor by Knysna local and SA skier Andrew Stam, who has been an avid skier all his life but only started to ski competitively in his early 30s.

KNYSNA NEWS AND VIDEO - In spite of the gloomy weather that prevailed on day one of the SA Tournament Waterski Association national calendar series held at Portland Manor three weekends ago, participants still took to the water to entertain the small crowd that gathered and ensured plenty of action.

This was the second of six rounds of the association's national calendar series, as some of the country's and some international top waterskiers headed to Rheenendal on 24 and 25 February.

This event was brought to Portland Manor by Knysna local and SA skier Andrew Stam, who has been an avid skier all his life but only started to ski competitively in his early 30s.

According to Stam, the lake at Portland Manor was chosen as it is perfectly suited to waterskiing.

"The lake is protected by trees from all sides, which means no wind. When holding an event like this you have to be able to guarantee conditions, and you can do that here," he says. 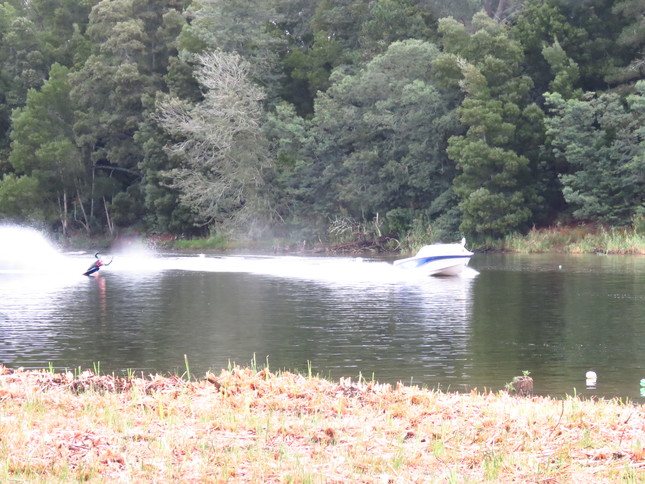 According to Stam, the lake at Portland Manor was chosen as it is perfectly suited to waterskiing.

The points that competitors scored during the event go towards their European and African ranking, as skiing in Africa is affiliated to Europe.

This is also the reason why skiers like Belgian Yves Saintviteux – a former world champion – attended the event.

Stam says the Belgian skier only had praise for the conditions at Portland, saying it was "fantastic".

Noteworthy competitors
According to Stam there were quite a few top skiers in attendance.
"Saintviteux was the 2016 45+ world champ and European record holder, and Lizette Bekker from SA that was the 2012 jump world champ," he says.

"Knysna had a big victory with me winning the most competitive age category, 45+ with 4.5 buoys on a 12m rope at 55km/h. The u21 men's winner was Nicolas Stegman with 2.5 buoys on 11m rope at 58km/h. Nicolas has a great future ahead of him being in the top 10 in Europe and Africa.

"Robyn Viljoen, in the u21 woman's category, posted a very healthy 1 buoy on 12m at 55km/h, while up-and-coming youngsters to watch out for are Jason Stegman and Sebastian Du Toit. This was Sebastian's first competition and getting 4.5 buoys at 49km/h is a very healthy score for a 10 year old." 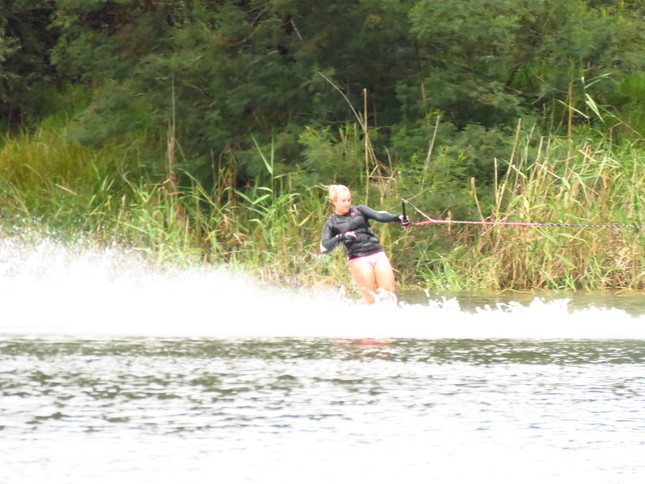 Want to get addicted?
Anyone wanting to get into this addictive sport can contact Andrew Stam on sawaterskischool@gmail.com