Luxembourg to leave top player out of Irene showdown 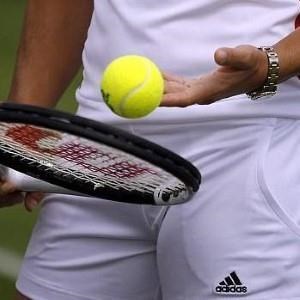 Generic image
INTERNATIONAL NEWS - Gilles Muller, the top-rated Luxembourg player has not been named in the four man Luxembourg team to face South Africa next weekend in their crucial Europe/Africa Zone Group 2 First Round Davis Cup by BNP Paribas Tie.

The tie will be played from March 4 to 6 at the Irene Country Club, Pretoria.

Muller’s exclusion in the nominated team named by the Luxembourg Tennis Federation on Tuesday, should be welcome news for South African Captain Marcos Ondruska and his squad as Muller posed a big threat to the South Africans especially at high altitude.

The talented left-hander is ranked 46 in world tennis and was ranked as high as 34 last year. Muller has boasted wins over several top ten players in recent years.

The Luxembourg Tennis Federation have not yet stated the reason for Muller’s exclusion.

Originally Ondruska also named Keith-Patrick Crowley as part of his squad, and Ondruska confirmed that Crowley would still travel to South Africa as part of the South African outfit.

“The rules in Davis Cup are that 10 days before the tie you have to name no more than four players to the International Tennis Federation (ITF)” said Ondruska.

“Keith-Patrick may not have been named on Tuesday but he still can be named to play as according to Davis Cup regulations, two changes may be made up until 1 hour prior to the draw, which is Thursday next week at 10am (9am is the deadline for the changes).

This applies to Luxembourg as Muller could still be included in their team,” continued Ondruska.

The teams announced are:

Read more about: Luxembourg to leave top player out of Irene showdown