Fit-again Federer gets into his stride 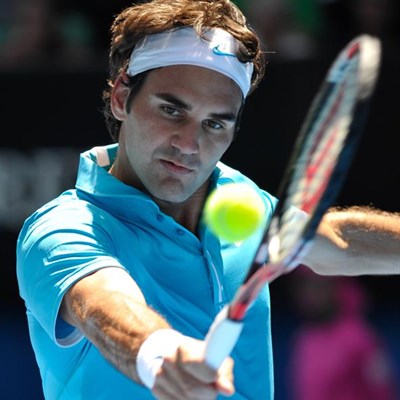 Roger Federer
INTERNATIONAL NEWS - For the Roger Federer fans on Centre Court and the legions watching on televisions around the world it was a reassuring sight as the Swiss swept past Argentina's Guido Pella into the second round of Wimbledon on Monday.

Knee surgery and a nagging back injury had restricted the 17-times grand slam champion to 22 matches this season and his no-show at the recent French Open ended a run of 65 consecutive major appearances.

Talk of time finally catching up with Federer has been doing the rounds. So all eyes were on the 34-year-old Swiss great as he stepped onto Centre Court where he had held the trophy aloft on seven occasions.

But Federer began his 18th consecutive Wimbledon campaign with a tidy 7-6(5) 7-6(3) 6-3 victory that, while never spectacular, was relatively comfortable.

He offered up not a single break point to the 51st-ranked Pella, and while he converted only one of the nine that came his way, he found an extra gear when required.

Federer's only real moment of alarm came at 5-6, 0-30 in the second set. But he quickly killed the danger and waltzed through the tiebreak to take a two-set lead. With light fading he made light work of the third set.

Federer's next appointment will be with British qualifier Marcus Willis, ranked 772nd in the world, on Wednesday.

"It's a great, great story and I'm very, very excited to be playing him actually. It's the best story in tennis for a while," Federer told reporters when asked about playing Willis, a tennis coach who survived six rounds of qualifying.
Read more on Eyewitness news.

Read more about: Fit again Federer gets into stride