Southern Cape and KZN give chase at SA IPT

Malcolm Mitchell from KwaZulu-Natal in action during the second round of the South African Inter-Provincial Tournament, sponsored by Tempest Car Hire, at Oubaai Golf Club; Photo: Pieter Els.

SOUTHERN CAPE NEWS - Southern Cape and KwaZulu-Natal are in hot pursuit of Central Gauteng, who kept their bid for a record 29th title alive on day two of the South African Inter-Provincial Tournament, sponsored by Tempest Car Hire.

Having drawn their first round match against Gauteng North, KwaZulu-Natal faced Ekurhuleni in Tuesday’s second round at Oubaai Golf Club.

After the foursomes ended in a 2-all draw, KwaZulu-Natal skipper Gavin Sole called on his troops to step it up as the weather turned nasty at the Ernie Els Signature Course. Braving the sweeping rain and icy temperatures, his charges responded with a fantastic comeback in the singles to win 7 – 5.
The victory moved KwaZulu-Natal to third in the log on three points.

The men in black are just one point shy of Central Gauteng, who top the standings after mowing down Gauteng North 8.5 – 3.5, while Southern Cape sits in second spot after beating Free State 7.5 – 4,5.

“We had a rude wake-up call in the first round,” said Eisenhower Trophy player Mitchell.

“We were 4-up on Gauteng North after the foursomes and we nearly lost the game. Gavin didn’t have to say much to get us fired up. We knew we had to take the fight to Ekurhuleni. We still have some tough matches coming up, but we’ve put ourselves back in the title fight.” 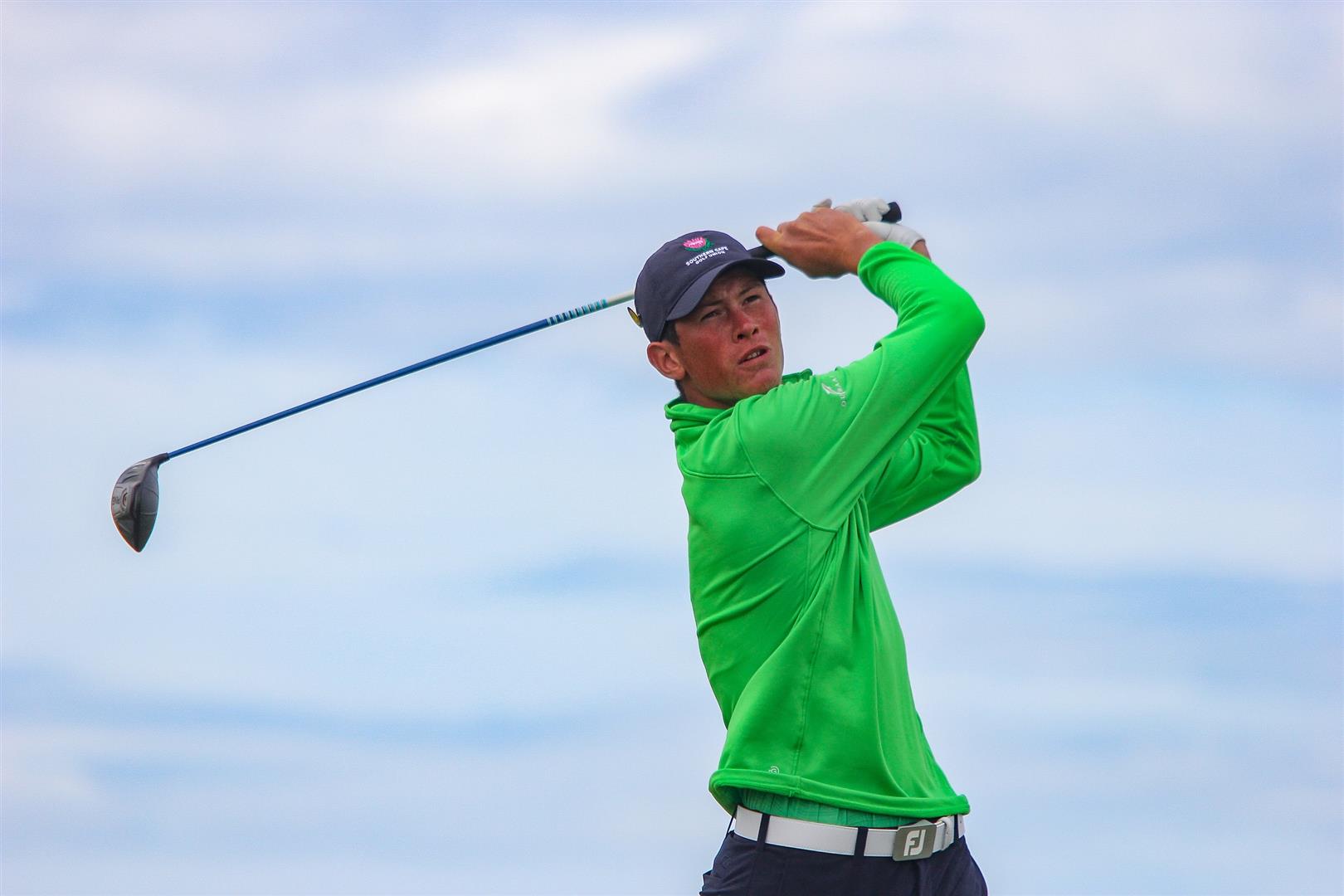 Christo Lamprecht from Southern Cape in action during the second round of the South African Inter-Provincial Tournament, sponsored by Tempest Car Hire, at Oubaai Golf Club. Photo: Pieter Els.

GolfRSA National Squad player Therion Nel, Franco Froneman and veteran Josef Fourie hit back for Free State, but it was too little, too late. Christo Lamprecht drove the nail into Free State’s coffin when he took out South Africa’s number one ranked Wilco Nienaber 5 & 4.

Southern Cape is two-for-two in this year’s tournament, but the host union will need to up their games count. Central Gauteng have 18 games points in hand, with Southern Cape still 3.5 behind.

Meanwhile Gauteng North came out guns blazing in the foursomes against Central Gauteng.

The Daisies led 2.5 – 1.5, but their lead took a major hammering as Central’s new caps went into full assault mode in the singles. Sam McKenzie led the attack for the rookies with a 5 & 4 win and he was backed up by Cole Stevens, Keelan van Wyk, Reece Haikney, Karabo Mokoena, Sam McKenzie and Ruan Botha, who racked up a further 5 points.

Captain Ryan Dreyer put the final point on their card with a 4 & 2 result, but Christopher van der Merwe denied the Lions a clean sweep when he beat Darin de Smidt 3 & 2.

The defending champions will be hoping for more of the same when they face Ekurhuleni in round three on Wednesday. Southern Cape tackle KwaZulu-Natal and Gauteng North play Free State.