GOLF NEWS - GolfRSA crowned six new champions as the annual Club Champion of Champions tournament, in association with Aon, wrapped up in fine style at Zebula Golf Estate and Spa.

The two-day event seeks to identify the country’s ultimate club champions, across three men’s and three women’s divisions, by pitting regional winners against eachother in an exciting National Final.

In the A Division, it was Gauteng amateurs Ryan Dreyer and Kera Healey who walked away with the honours, while the B-Division was won by Free State’s Christo Hattingh and Gauteng’s Suzan Jacobs. KwaZulu-Natal’s Monty Botha and Northern Cape’s Joanie Herselman claimed the bragging rights in the C-Division.

Former professional Dreyer of Killarney Golf Club had to use all his experience to overcome young Eugene du Plessis of Heron Banks in the Free State to win by two shots. Du Plessis held a two-stroke edge after the first round, with his three-under 69 including a two-stroke penalty when he inadvertently forgot to return his ball-marker to its original spot on the green on his final hole.

The youngster reached halfway in the second round level for the day, but had Dreyer breathing down his neck after back-to-back birdies on the seventh and eighth holes moved him within a shot of the leader. When Du Plessis could not make another birdie on the homeward nine – in fact, he had four bogeys in the final seven holes – Dreyer put the hammer down with a birdie on the 15th to sign for a final score of one-under 143.

Du Plessis held on for second on one-over, while Durban Country Club’s Jonothan Broomhead finished a further shot back in third after impressive rounds of 73 and 74.

GolfRSA B-Squad member Healey maintained her consistency in the second round, carding a three-over 75, which was enough to hold off a thrilling charge by two-time defending champion Caitlyn Macnab from Serengeti, who made five birdies in her closing 73 in a valiant effort to win the title for a third straight time.

Continuing a good tournament for Heron Banks, Christo Hattingh launched a superb comeback in the B-Division after an opening round of 13-over-par. In the second round, he went seven strokes better with a 78 to overhaul overnight leader Pierre van Deventer of Hans Merensky Country Club to clinch the title.

Van Deventer couldn’t capitalise on his opening 75 and his second-round 17-over took him in the opposite direction. He ended up tied for second, a shot back, with Cedric Thapelo Tshetlo of State Mines and Tiaan van Wijk of Royal Cape. 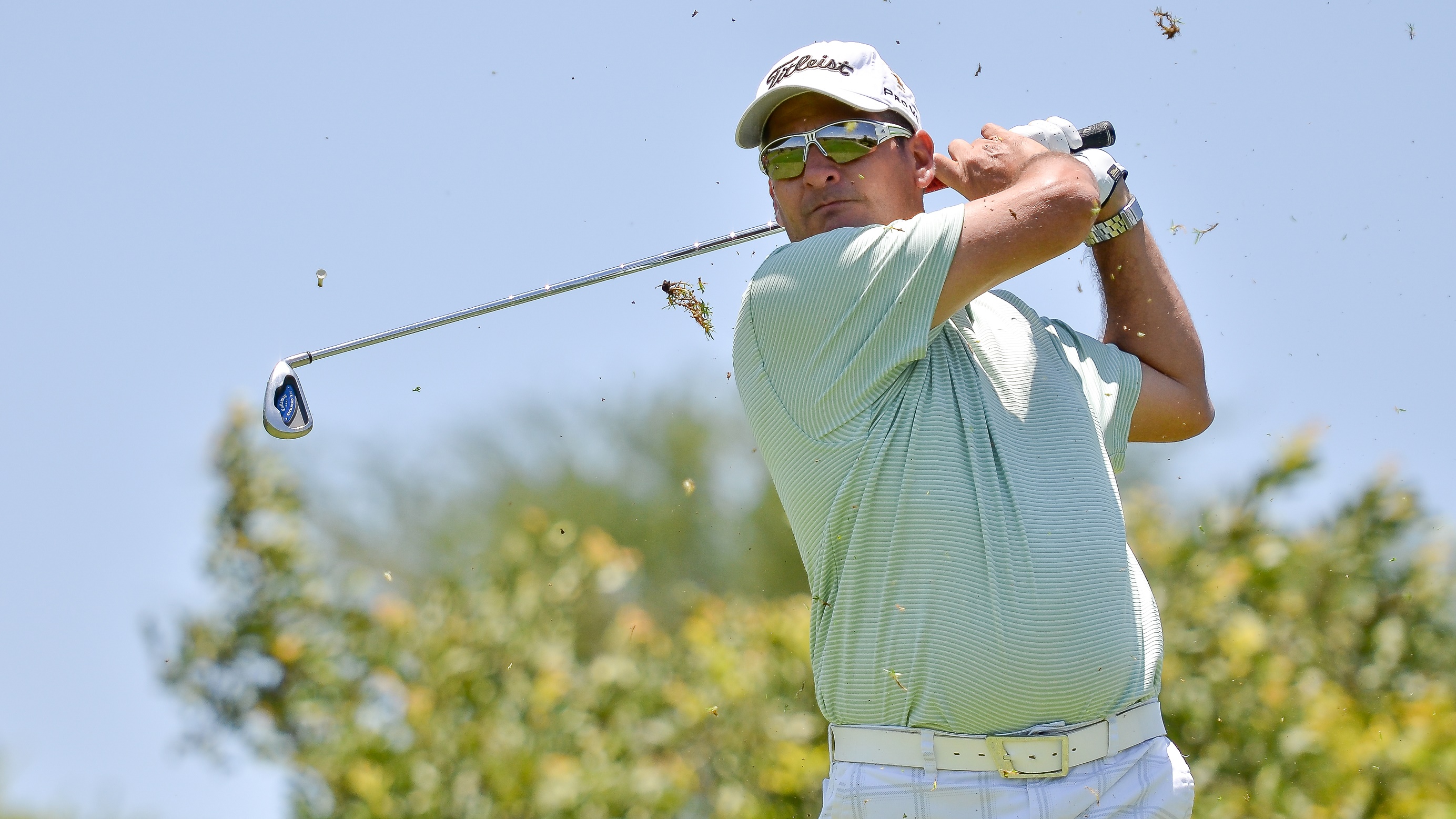 Gauteng amateur Ryan Dreyer from Killarney walked away with the A-Division honours in the Champion of Champions National Final at Zebula Golf Estate and Spa; credit Ernest Blignault.

Suzan Jacobs of Goldfields West Golf Club continued the tale of comebacks in the ladies’ B-Division.

Her first round saw her signing for 17-over-par and conceding a four-stroke lead to rising star Kesha Louw of East London Golf Club. However, a superlative second round of six-over 78 saw Jacobs to the top of the leaderboard and netted her a yawning gap of nine strokes over Louw, who shared second with Hannah Venter of Waterkloof Golf Club and Luzaan Combrink of Thabazimbi Golf Club.

The C-Division finals were decided on a stableford basis. KwaZulu-Natal’s Monty Botha of Durban Country was the model of consistency. His opening round of 37 points was the best of the day and gave him the springboard to look for more of the same in the second round, during which he made 36 points.

In the end, he was five points clear of Fairview Golf Estate’s Alroy Bergstedt, who had a brilliant second round of 38 points in sharp contrast to his opening tally of 30. Mike Beeslaar of Volksrust Golf Club matched Botha’s closing 36 to finish in third, one point behind Bergstedt.

Zebula’s Vivienne Doeg was equally consistent in the ladies competition, with her pair of 34 stableford points in each round taking her to 68 for the tournament.

But Joanie Herselman of Kimberley Golf Club was just a little better, carding a pair of 35s to take the title. Judy Fredericks of Jackal Creek Golf Club couldn’t match her fine 36 points in the first round, and had to settle for 30 in the second and third place.

Limpopo won the Team Challenge, edging out KwaZulu-Natal by one shot on a total of 286.

This year, for the first time, new sponsors Aon introduced a new innovation – the Aon Risk and Reward Challenge – which has garnered attention on international circuits and proved to be a great addition to the Champion of Champions format.

The third, the eighth and the 18th were the designated Risk and Reward holes, with A and B Divisions being calculated on medal scores and the C Division stableford scores giving the results.

The Aon Risk and Reward winners were: