Another Knysna local Altus Kapp was Branden Grace's caddie during the SA Open, which was their first win as a team after Grace rearranged his management team ahead of this season. Photo: Rian Bores

KNYSNA GOLF NEWS - Buffalo Bay-raised Branden Grace has secured one of, if not the biggest, titles of his career by winning the SA Open.

His father Peter has labelled the victory the "crown jewel" of his career after having completed his collection of South Africa's five most significant tournaments.

Grace, who was born in Pretoria in 1988, secured victory by three shots over fellow countryman Louis Oosthuizen thanks to a brilliant fourth round during which he carded a 9-under 62 at Randpark Golf Club. Oosthuizen, who was the SA Open's defending champion, had led the tournament by one shot over Englishman Marcus Armitage heading into the final round. Grace trailed, tied in fourth place, three shots behind the leader.

Bar a hole-in-one on the eighth, Oosthuizen's average final round performance was not enough to stop a rampant Grace, whose phenomenal form with the putter, helped secure the win. For Grace's parents Peter and Lourenza, the final round was a bit nervy for them back home as they found themselves on the edge of their seats for the majority of the time.

Luckily for them, their son was able to put their nerves at ease when he secured the victory. "We were so happy and so, so proud of him," Peter said. The young golfer called his parents straight after securing the win, and according to Peter, "Well, we've done it" was the first thing he said.

According to Peter, this victory was made all the more sweet given how he had battled for success recently. "He struggled a bit last year and was pretty down," Peter said. "He changed his coaching, management, and support teams ahead of this year, so we were quite confident going into the SA Open."

Grace, who attended Sedgefield Primary and Hoërskool Outeniqua, began playing golf at the mashie golf course at Blackwaters River Lodge. The Pezula Championship Course became the first 'big' course that Branden played on. From there he began playing at Fancourt Country Club where he joined the Ernie Els Foundation, which was the start of his progression up SA's golfing ranks. He turned pro in 2007 at the age of 19 and picked up his first professional win in 2010 at the Coca-Cola Charity Championship on the Sunshine Tour. His breakout season would come in 2012. During the year, he won five tournaments including the Joburg Open and Alfred Dunhill Links Championship, two of SA's five major tournaments.

He won the third of the five when he came out on top in the Dimension Data Pro-Am in 2015 and the fourth at the Nedbank Golf Challenge in 2017, but he would suffer a 25-month long trophy drought thereafter, before bouncing back with his SA Open win last week. With the SA Open finally completing the collection of the five major SA titles, Peter called the win the "crown jewel" of his son's career thus far. "He had won all of the others, but all he was missing was this one, the big one," Peter said.

The victory saw him surge to the top of the European Tour's Race to Dubai rankings, with the Abu Dhabi Golf Championship next up this weekend. As for the year ahead, Peter pointed out that Branden will be looking to focus on achieving more success on the PGA Tour this year. 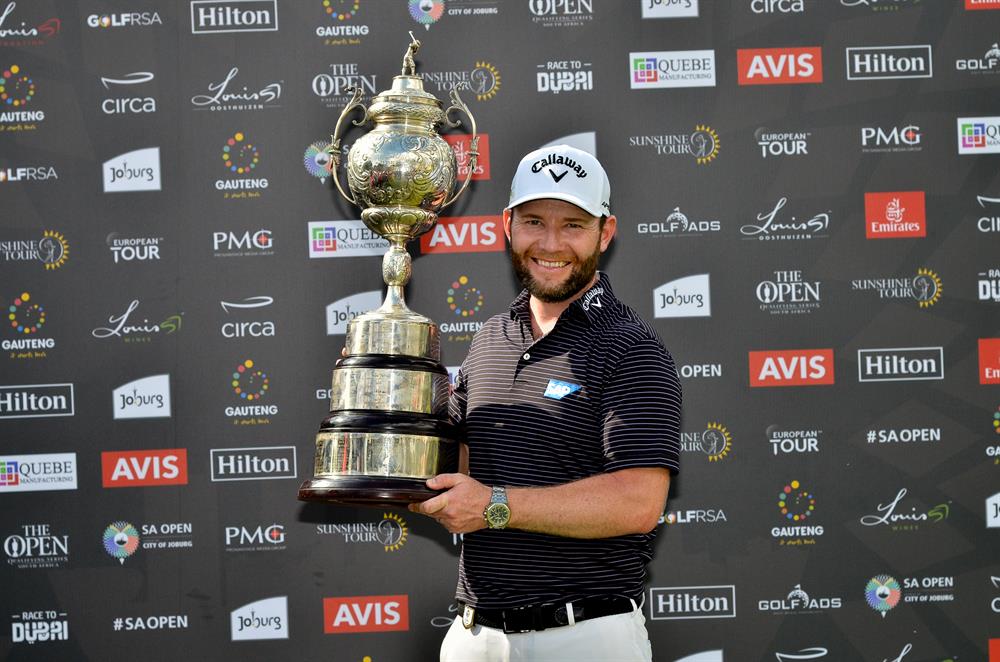