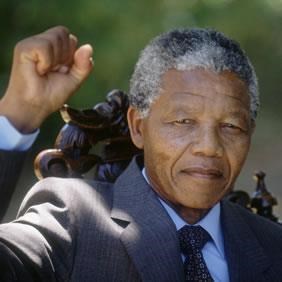 NATIONAL NEWS - Nelson Mandela's oldest daughter Makaziwe and a granddaughter on Wednesday launched their wine collection in the Netherlands, hoping the world-famous branding will help them conquer the European market.

"As a family we always wanted to tell the story of the House of Mandela. It's not only about my father, but also where he came from and where our roots are," Makaziwe said.

The wines, which are already available in South Africa and other parts of the world, sell at a recommended price of 5.49 euros ($7.66) in the Netherlands and come in four varieties, two red and two white.

There's an unassuming Pinotage, made from a uniquely South African grape first produced in the 1920s when Pinot Noir was crossed with cinsaut.

The second red is a feisty Merlot, made especially for the Dutch market, and two whites -- a fruity Chardonnay and a crisp Sauvignon Blanc.

"I won't tell you about the tasting notes for these wines. What I know is that I love every single wine in these bottles," Makaziwe said.

She said the idea to venture into wine was first sparked after Mandela's 85th birthday party -- held in Johannesburg back in 2003 and attended by 500 invited guests.

The dream was finally realised in 2010 when Makaziwe and her daughter Tukwini started their own wine company, using local wineries in South Africa's wine-rich Western Cape province to source grapes and produce House of Mandela's wines.

Today, they employ 36-year-old winemaker Erlank Erasmus and source their grapes from farms that are certified Fairtrade, Makaziwe said.

The launch of the House of Mandela wines comes three months after the death of the international peace icon in December. His illness and subsequent passing exposed a deep-running family feud over the Mandela brand and legacy.

Mandela's last will and testament was read last month, but observers said it was unclear whether it would resolve the battle over who controlled the Mandela name.

Makaziwe, together with half-sister Zenani Mandela-Dlamini, last year dropped a high-profile court battle to wrest control of two companies set up to manage proceeds from sales of the late statesman's iconic hand-prints.

Asked whether the use of the Mandela brand was an advantage, Makaziwe said: "There is no doubt about it. We're not going to deny it."

"But there is no better brand than the Mandela brand... that can present the best of what Africa has to offer," she said.

South African wine exports last year shattered previous records on the back of shortages in Europe and a weak local currency.