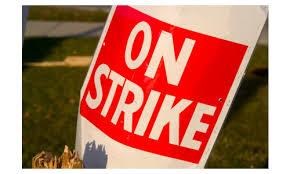 Generic image
NATIONAL NEWS- The PSA (Public Servants Association), representing more than 6 000 employees at the Department of Home Affairs (DHA), declared a dispute with the DHA following a deadlock on the proposed amendment to operational working hours for Civic Services and Front Desk Offices.

The dispute arose after the DHA failed to reach an agreement with trade unions at a Departmental Bargaining Chamber meeting and then informing employees that new hours of work will be implemented from 23 March 2015.

“The PSA has been engaging the DHA in the Chamber and in bilateral meetings in an effort to reach an amicable solution. The DHA was requested to reconsider the proposed change in working hours which will make Saturday an official working day in the Department. With these changes our members will in future have to incur additional costs for transport and child care while their salaries will remain the same,” said Leon Gilbert, PSA Acting Assistant General Manager.

In an attempt to resolve the issue before the dispute was declared, the PSA requested mediation through the Bargaining Council. The DHA, however, failed to respond to the request for mediation.

“The Bargaining Council, in an urgent attempt to resolve the matter, set down conciliation for 19 March 2015. The Department, however, relied on the Rules of Council and insisted on 14 days' notice for conciliation. Failure to amicably resolve the dispute may lead to strike action by PSA members at the DHA as early as April 2015,” Gilbert warned.

The PSA, in another attempt to find an amicable solution, today requested an urgent meeting with the DHA's Director-General.

“The PSA is awaiting the DHA's response regarding the meeting request, which will determine the way forward in this matter,” said Gilbert.
Source: Sapa