Most wounds are in Patrick Shai’s back as the rubber bullets hit him while he was attempting to flee.

NATIONAL NEWS - Patrick Shai, an actor whose latest role is Jacob in the hit soapie 7de Laan, was shot by 11 rubber bullets during a service delivery protest in Dobsonville, Soweto on Monday.

Shai told Channel24 that he had participated in the electricity protest to keep the peace, and while attempting to mediate a heated exchange between police and residents, he was shot.

Most wounds are in Shai’s back as the rubber bullets hit him while he was attempting to flee.

According to a statement by Brigadier Mathapelo Peters, police fired rubber bullets to disperse a large crowd of protesters who were allegedly “pelting the police” while the JMPD were clearing debris on Elias Motswaledi Road.

Residents were alleged to have protested against continued electricity cuts in the area.

JMPD chief David Tembe said on Twitter earlier on Monday that the road had been reopened for motorists, but that caution should be exercised due to remaining debris. 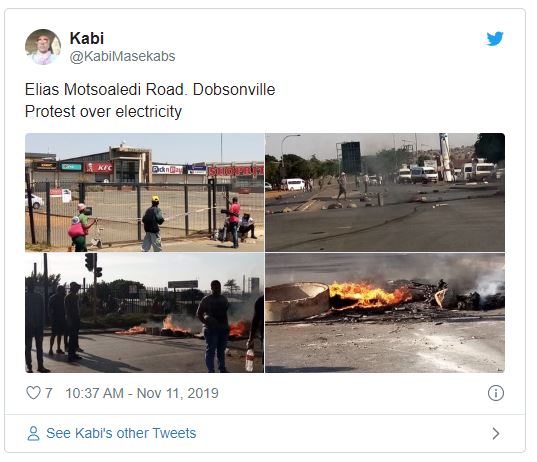 Tembe also said that police and the JMPD would continue to monitor the situation. No arrests were made.