Why are the tech giants struggling to build their own driverless cars? 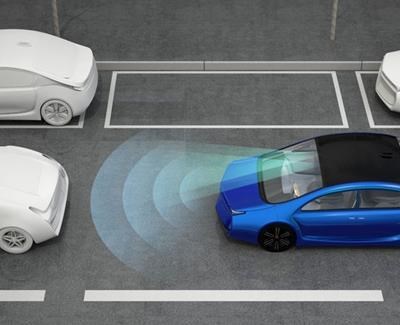 drive towards autonomous cars apply screeching brakes.
MOTORING NEWS - We may have just seen a major player in the drive towards autonomous cars apply screeching brakes.
Apple has reportedly abandoned its plans to build its own self-driving electric vehicle and is instead going to focus on the underlying autonomous software.
A similar initiative to produce a fully autonomous car by Google also appeared to run out of steam. Building self-driving cars clearly poses a challenge that even the world's top technology giants can't yet meet.
So what is it about building autonomous cars that is proving to be such a challenge? The high-value consumer electronics and software industry is used to very different margins than the cut-throat automotive sector, which has tough market entry conditions and tribal supply-chain relationships. Then there is the technological challenge of effectively integrating sensing, communication and autonomous technology to deliver a genuinely safe product.

Modern vehicles, even those without self-driving technology, are making increasing use of artificial intelligence. It’s playing a critical role in increasing fuel economy, providing active safety systems, advancing navigation, and adding various driver-assistance tools that build up towards full self-driving capability. But integrating all the physical and software technologies needed for these systems is a complex task.

At the heart of this challenge is the cost of failure – human life. The recent fatal accident involving Tesla’s “autopilot” system serves as a tragic reminder of this.

Car manufacturers have traditionally had to prove the safety of their vehicles through road tests on dedicated testing tracks, as well as a series of assessments to show risks are at an acceptable level.
But the increasing number of interdependent technologies within a car and their complex levels of integration ultimately means more difficult testing.
This is not system testing as Apple and Google know it. Neither is the industry forgiving of system failures, as shown by the major product recalls that take place after a software glitch.

Capture and communication of personal data is another feature of modern cars. And storing details of everything from journey routes to driver behaviour adds to the growing privacy concerns about how much data on us companies collect.
The technology giants have built much of their business around collecting and monetising this kind of data, but the issue is also at the heart of the latest challenge faced by Google thanks to opposition by Californian lawmakers. The commercial interest in such data makes it even more of a challenge, in privacy terms, to reach consensus on and resolve.

This problem is made worse by the issue of how secure this data is. A key element of driverless technology is the car’s ability to communicate with other systems around it. This opens a channel through which hackers could not only steal data but even take control of the car.
Attacks have already been demonstrated against car’s internet connections and even their tyre pressure wireless sensors. This has already brought legal challenges for the automotive industry, with Toyota, GM and Ford subject to a class action lawsuit for “dangerous defects”.
Read more on Bizcommunty.