It's the wealthy that buy electric cars 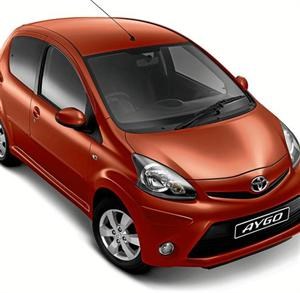 Toyota's Aygo is not quite so adventurous-looking, but is more affordable.
MOTORING NEWS - Renault is selling four times as many examples of its two-seater, battery-powered two-seater, the Twizy in the UK as its Fluence electric saloon.

Only the Kangoo ZE commercial van, which appeals to urban courier companies who like its low-running costs and exemption from city congestion charges, has sold more.

Renault has sold 252 Twizy cars in the last four months. This is impressive for an electric car when looked at in isolation but not when compared to other small city cars.

On the plus side, the Twizy is a distinctive-looking little car, which can have zero emissions in day-today driving if the electricity used to charge is from a renewable source.

The electric runabout is considered fun to drive and easy to park. However, doors are extra and there is a monthly battery hire charge of £45 (about R630). A basic Twizy costs about R93 660. Car technology experts say at half the price the Renault Twizy would be a sensible and environmentally-friendly alternative for London-bound commuters who currently use a large scooter.

But most drivers faced with the choice between a two-seater Twizy and a small internal combustion-engine city car such as the Toyota Aygo, Citroën C1 or VW Up, the electric option is too expensive and impractical.

The Nissan Leaf is being bought by those wealthier than average as it is more expensive. The Electric Vehicle Information Exchange (EVIX) in America has found that drivers who own, lease, or are interested in electric vehicles (EVs) are more than twice as wealthy as most Americans.

EVIX works to promote the electric vehicle industry. The association has found that drivers interested in buying an electric car are younger and less wealthy than those who already own EVs. They also have higher expectations of the car they want to buy: potential buyers demand an EV that can compete traditional internal combustion cars regarding price, quality and performance. They are not prepared to buy an EV simply to save the planet. Most respondents to the survey said that an electric car would need a minimum range of 150 miles before they would consider buying one.