Tattoos, DNA the clues in battle to identify SA’s dead

The huge number of unidentified bodies passing through South Africa’s mortuaries is a burden on the state and presents a moral dilemma to forensic scientists. 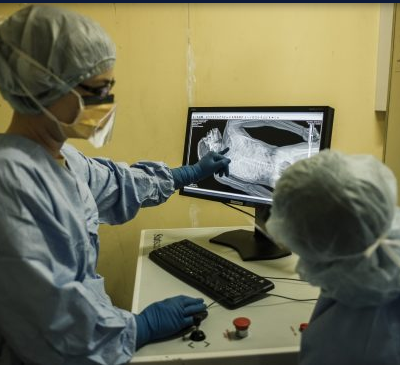 LIFESTYLE NEWS - After handling the body of a man who died from blunt force trauma in an apparent vehicle crash, forensic anthropologist Trisha-Jean Mahon turned to the next gurney in the neon-lit room of the mortuary in Johannesburg, South Africa. Like many corpses there, this one had no identity.

“Oh, he has tattoos,” she said, peering closely at the crudely sketched letters on the young man’s left leg. “Fantastic!”

Tattoos, DNA and scars are vital clues that Mahon, 28, and her mainly female team of forensic scientists collect in a bid to identify the thousands of people who are buried anonymously in South Africa each year. Most of them are believed to be migrants who’ve come to Africa’s most industrialised nation in search of work, in particular to Johannesburg, its economic hub.

The huge number of unidentified bodies passing through South Africa’s mortuaries is a burden on the state and presents a moral dilemma to forensic scientists. Once people are buried in grasslands outside the city, after three months at most, their chances of ever being identified are close to zero.

“We can’t really look at old cases. We don’t have an electronic database—we work with paper,” said forensic pathologist Candice Hansmeyer, who was key to creating the International Committee of the Red Cross-backed pilot project to improve the collection and storage of post-mortem data.

Once it’s on track, the Red Cross hopes to roll it out in other African countries.

Data from 11 mortuaries in Gauteng, the most populous of South Africa’s nine provinces, underscores the size of the problem: an average of 5% of cases remained unidentified last year, or about 901 people. That compares with 31 unidentified bodies in England and Wales, which together have roughly the same population as South Africa.

Despite a national average of 56 murders and 40 deaths in road accidents daily, each forensic pathologist can do just four autopsies a day and only has to determine causes of death. Regular strikes and the sheer volume of arrivals mean they usually face backlogs and fridges that are full to capacity.

South African citizens are identified by their fingerprints, and people with criminal records are found in the police database. While forensic scientists work closely with the police, both services lack human resources, said Jeanine Vellema, the head of the forensic medicine and pathology department at the University of the Witwatersrand who’s in charge of eight of Gauteng’s 11 mortuaries.

“We’re not a well-funded organisation so we can only do identification to a certain point,” she said.

Much of that has to do with the fact that forensic pathology was moved from the police to the Department of Health in 2006 and has to compete for funding with other health services.

“We’re always going to come last because our patients are dead,” Vellema said.

Numbers typically peak in the Johannesburg mortuary, a two-story brick building near Hillbrow, a neighborhood notorious for its poverty and violent crime. It’s one of two provincial facilities with a full-body x-ray scanner, which means that forensic staff often have to bring bodies from other mortuaries and line up at the back entrance to wait for a turn.

It’s a grim place with traces of blood on wet cement floors, garbage bins overflowing with used protective gear and a striking odour that fills the air.

But Mahon brims with purpose as she leads identification sessions with three colleagues and two students who assist with the project.

Twice a week, she examines bodies that haven’t been identified within seven days of arriving at the facility. Photos are taken of jewelry, clothing, scars, tattoos and piercings. DNA is obtained from a toenail, hair and blood. Teeth are studied, and fresh fingerprints are made.