An estimated 200,000 animals, ranging from goats to rats, were slaughtered during the last two-day Gadhimai Festival in 2014.

LIFESTYLE NEWS - Thousands of Hindu devotees gathered in southern Nepal on Monday ahead of a festival believed to be the world's biggest ritual animal slaughter, despite court orders and calls by animal activists to end the event.

The sacrifices, set to begin on Tuesday, take place every five years in Bariyarpur village close to the Indian border, in honour of the Hindu goddess of power.

An estimated 200,000 animals ranging from goats to rats were killed during the last two-day Gadhimai Festival in 2014 and this year's preparations were well underway by Monday night.

Buffaloes were corralled into holding pens as worshippers slept and cooked along the road to the temple.

Among them was Sabu Sahani, 25, who travelled with his family for a day from India's Bihar with a goat offering.

"I am happy to be here. The goddess listened to me. We did not have children, but my wife has now given birth to a daughter," Sahani told AFP.

Unlicensed traders and pilgrims who cross the border between India and Nepal are responsible for supplying most of the animals, with scores seized at crossings by Indian security officials and volunteers.

Many were hopeful the centuries-old tradition would end after the temple authorities announced a ban in 2015 and Nepal's supreme court directed the government to discourage the bloodshed a year later. 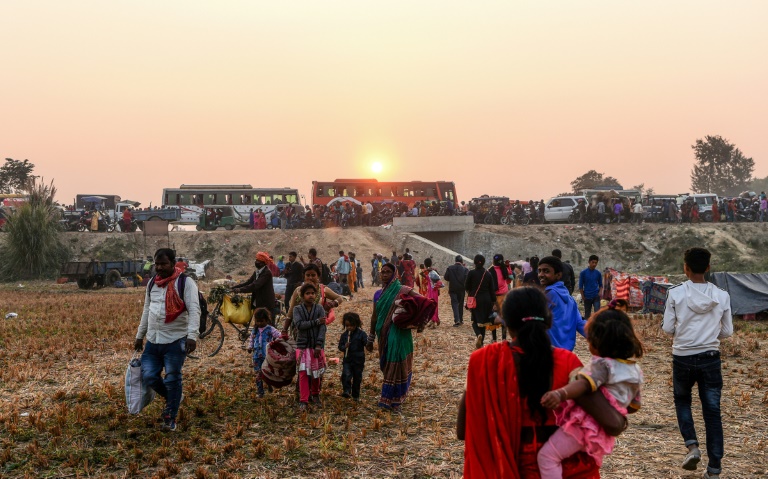 But animal rights activists say that both government agencies as well as temple committees have failed to implement these rulings.

"The officials have let their personal beliefs rule over the court orders, they did not do enough to discourage the slaughters," animal rights activist Manoj Gautam said.

Local priest Mangal Chaudhary, the tenth generation of his family to serve at the temple, did not comment on whether the temple supports this year's mass sacrifice but said that the numbers in attendance are increasing.

"We will follow our traditions and perform the rituals in the temple. But what the devotees do outside is their own wish," he said. 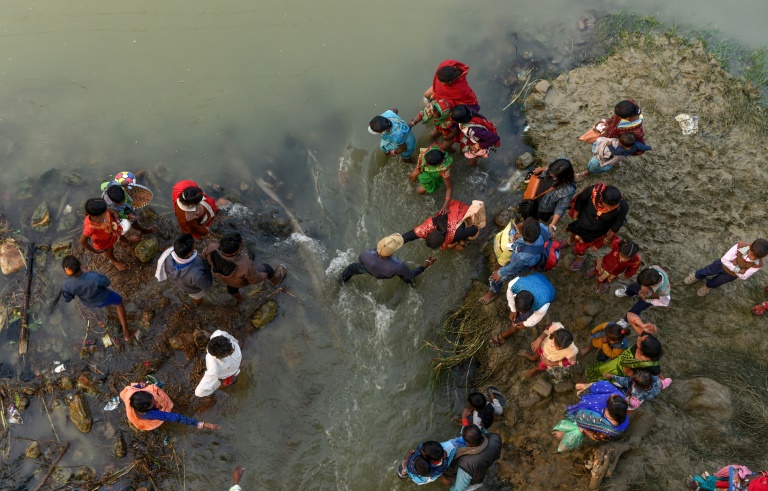 Hindu devotees gathered in southern Nepal ahead of a festival believed to be the world's biggest ritual animal sacrifice.

According to legend, the first sacrifices in Bariyarpur were conducted several centuries ago when the Hindu goddess Gadhimai appeared to a prisoner in a dream and asked him to establish a temple to her.

When he awoke, his shackles had fallen open and he was able to leave the prison and build the temple, where he sacrificed animals in gratitude. 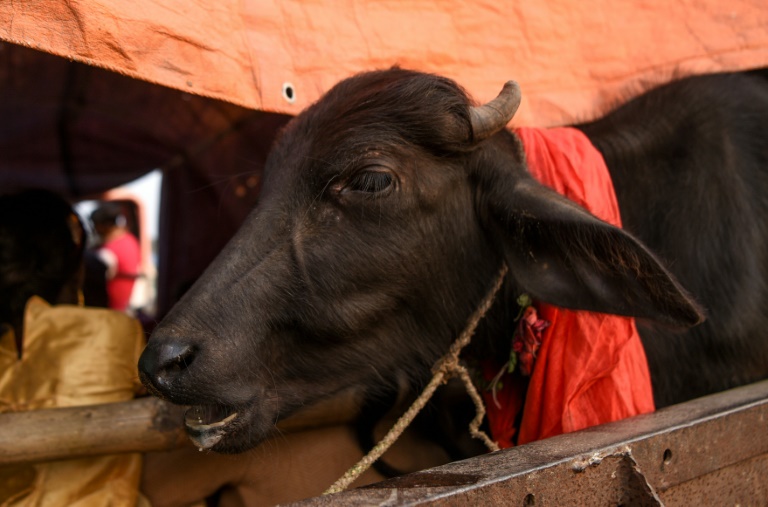 Legend has it that the first sacrifices in Bariyarpur took place centuries ago when the Hindu goddess Gadhimai appeared to a prisoner in a dream and asked him to establish a temple to her.