Do you know how these foods are grown?

Cocoa, capers, cashew nuts, vanilla and sesame seeds. Looking at the plants they derive from, it’s hard to imagine how some of the final food products we consume regularly, landed on our supermarket shelves.

LIFESTYLE NEWS - Delicious salted and pickled caper buds are a common ingredient in Mediterranean food, especially Italian and Cypriot. The thorny, trailing caper bush that grows like a weed all over the Mediterranean bears large pinkish-white flowers.

The pungent, unique tasting buds of these flowers are pickled and used as seasoning in food, brightening the flavour of so many dishes.

The mature fruit of the caper bush is prepared similarly and called caper berries.

Pineapples
Pineapples, indigenous to South America, don’t grow on trees, they grow on the ground. The pineapple was brought to Europe by the Spanish and the Dutch. They were called pineapples because they resemble pine cones.

The first pineapple was successfully grown in Europe in 1658. Pineapples became symbols of wealth because of the enormous expense required to grow them in temperate climates in hothouses called “pineries”.

They were known as the fruit of colonialism because the Spanish, Portuguese, French, Dutch and British all established pineapple plantations in the tropics of South America, Central America, Africa and the Caribbean. 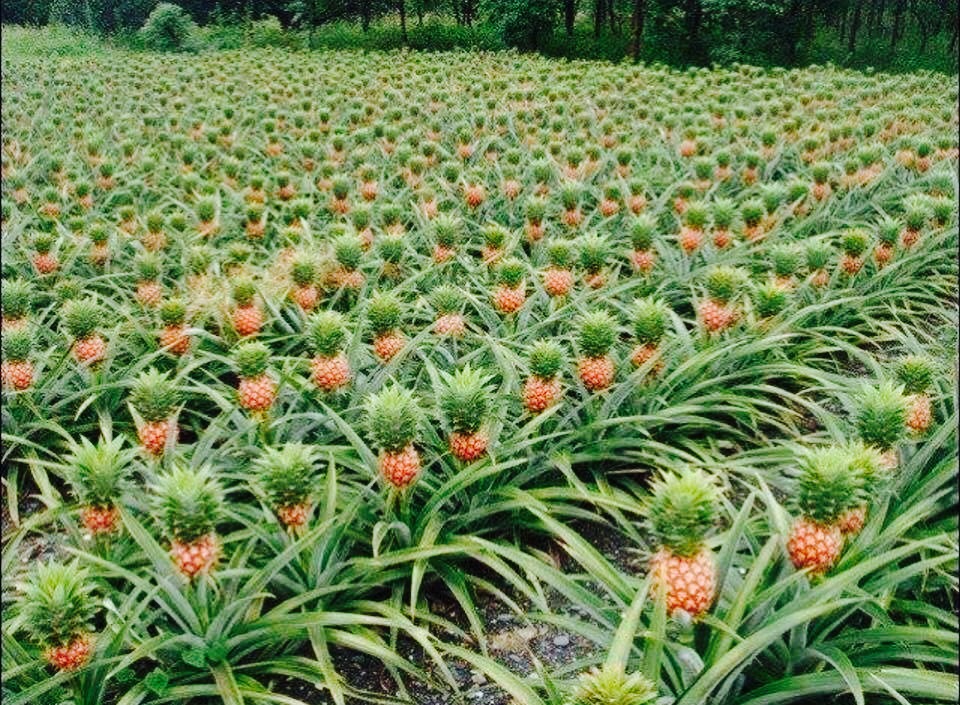 Pineapples, indigenous to South America, don’t grow on trees, they grow on the ground.

Sesame seeds
Sesame is a flowering plant cultivated for its nutritious seeds which grow in pods or “buns”. One of the oldest oil seed crops, sesame was domesticated more than 3 000 years ago.

It was a crop that could be grown by subsistence farmers at the edge of deserts, where no other crops grew. 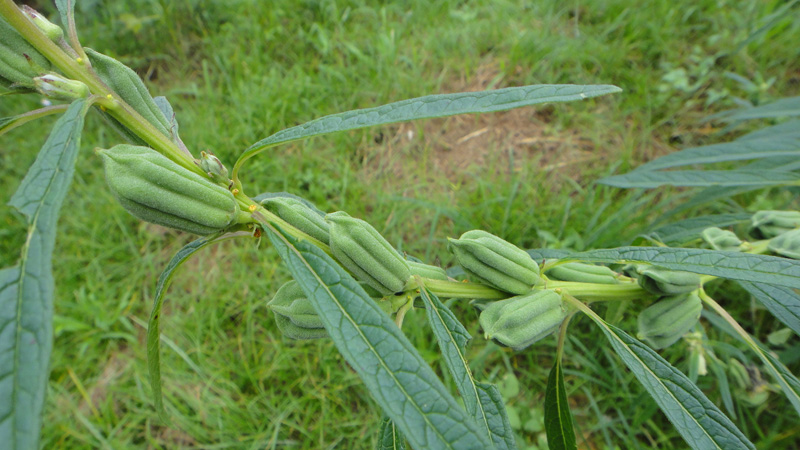 Sesame is a flowering plant cultivated for its nutritious seeds which grow in pods or “buns”.

It was favoured for its ability to grow in areas where other crops struggle as it grows in drought conditions, in high heat, with residual moisture in soil even when rains fail or are excessive.

Sesame has one of the highest oil contents of any seed. With its rich, nutty flavour, it is a common ingredient in cuisines across the world.

Cashew nuts
The cashew tree is a tropical evergreen native to northeast Brazil producing the cashew seed and the cashew apple. Portuguese colonists in Brazil began exporting cashew nuts as early as the 1550s. They took it to Goa, India, from where it spread throughout Southeast Asia and eventually to Africa.

Cashew nuts are commonly used in Indian cuisine – whole or ground into a paste which forms the base of sauces for curries like korma. They are also used in Thai and Chinese food. They are also eaten on their own or processed into cashew butter.

The pulp of the cashew apple is processed into a sweet, astringent fruit drink or distilled into liquor.

Vanilla
Vanilla comes from orchids native to Mesoamerica. The vanilla orchid is a vine-like plant that grows up trees. The flower lasts one day so growers have to inspect their plantations every day for open flowers.

The distinctively flavoured vanilla compounds are found in the seed pods, which result from the pollination of the orchid flower, which is pollinated by hand.

These pods are roughly 15 cm long and black when ripe. Inside the pods is an oily liquid full of tiny black seeds. Because growing the vanilla seed pods is so extremely labour-intensive, is the second-most expensive spice after saffron. 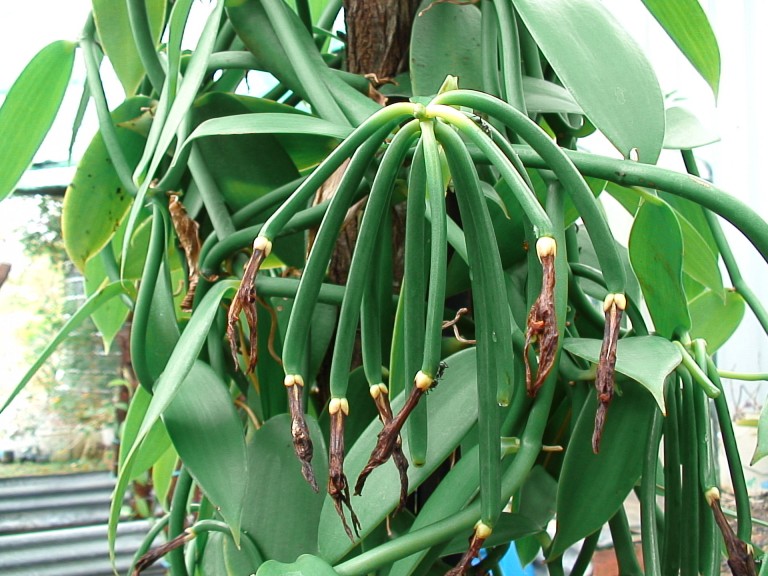 These pods are roughly 15 cm long and black when ripe.

Synthetic vanillin is now used more often than natural vanilla extract as a flavouring agent in foods, beverages and pharmaceuticals.

Most synthetic vanillin is a byproduct of the wood pulp used in paper making. But vanillin is only one of 171 identified aromatic components of real vanilla. 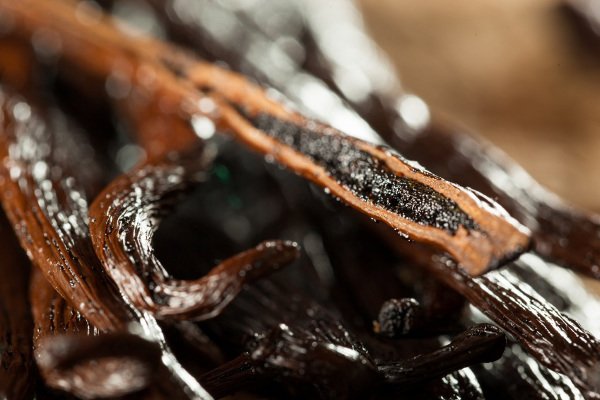 Because growing the vanilla seed pods is so extremely labour-intensive, is the second-most expensive spice after saffron.

Passion fruit
Passion fruit is cultivated commercially for its sweet, seedy fruit. Passiflora edulis is a vine species of passion flower that is native to South America. It is called passion fruit because at the beginning of the 18th century missionaries in Brazil used it as an educational aid while trying to convert the indigenous inhabitants to Christianity.

Its name was “flower of the five wounds” to illustrate the crucifixion and Passion of Jesus. In South Africa, also known as granadilla, it is used to flavour yogurt and soft drinks as well as numerous cordial drinks. It is eaten raw or used as a topping for cakes and tarts. 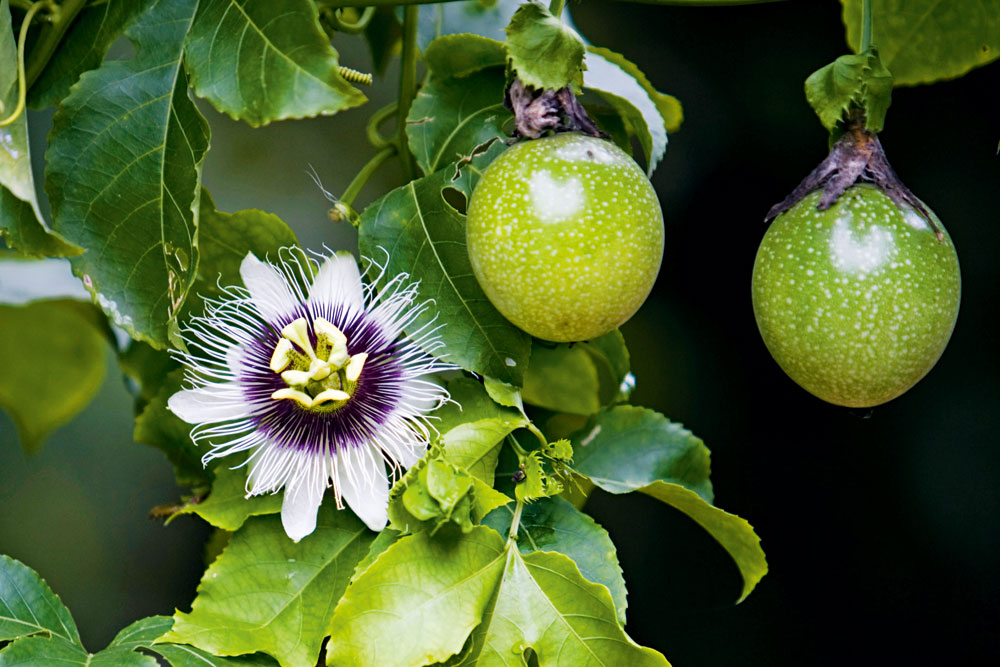 Passion fruit is cultivated commercially for its sweet, seedy fruit. 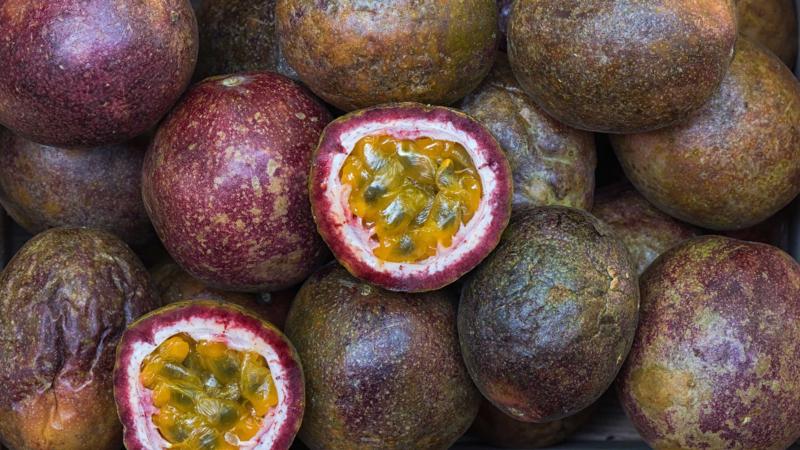 Granadilla is eaten raw or used as a topping for cakes and tarts.

Peanuts
Peanuts do not grow on trees like pecans or cashews. They are legumes (beans, lentils, peas) not nuts. The peanut plant flowers above ground but the peanut grows below ground. It is therefore also known as a groundnut.

Peanuts originate from South America, but are widely used in Southeast Asian cuisine, such as in Malaysia, Vietnam and Indonesia, where they are typically made into a spicy sauce. Common Indonesian peanut-based dishes include vegetable salads and chicken with the peanut-based sauce, satay. 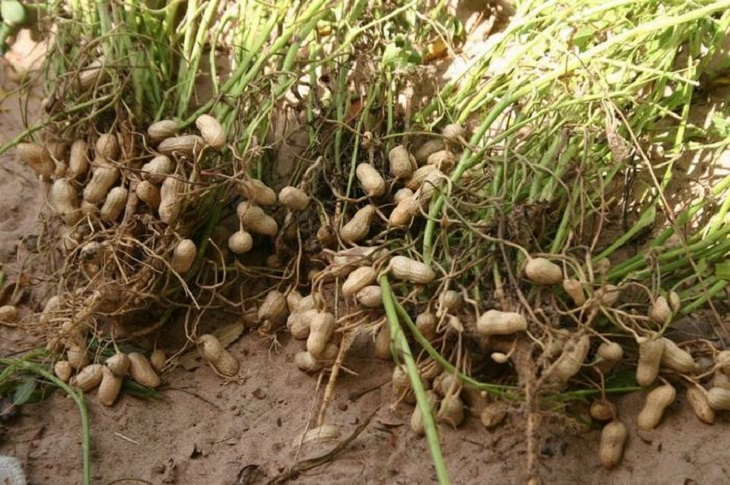 The peanut plant flowers above ground but the peanut grows below ground. 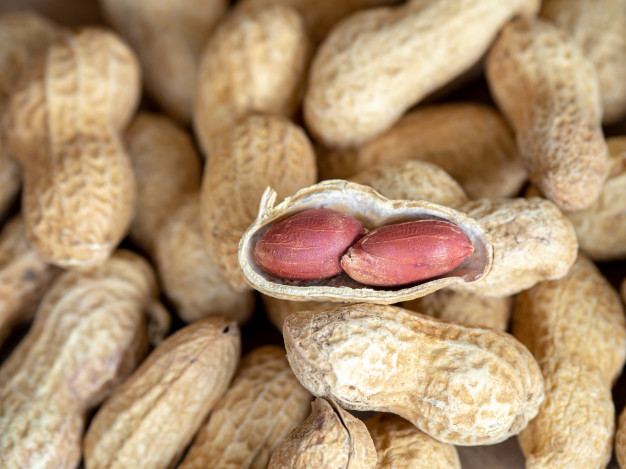 Cocoa
The cocoa bean is the dried and fermented seed of the cocoa tree, from which cocoa solids and cocoa butter can be extracted. The beans are the basis of chocolate which was introduced to Europe by the Spaniards and became a popular beverage by the mid-17th century. A cocoa pod or fruit contains a sweet, mucilaginous pulp with a lemonade-like taste enclosing 30 to 50 large, fairly soft seeds.

The cocoa tree is native to the valleys of the Amazon. It was domesticated by the Olmecs and Mocayas of Mexico and Central America more than 4 000 years ago. It was consumed in spiritual ceremonies by pre-Columbian cultures along the Yucatán, including the Mayans. 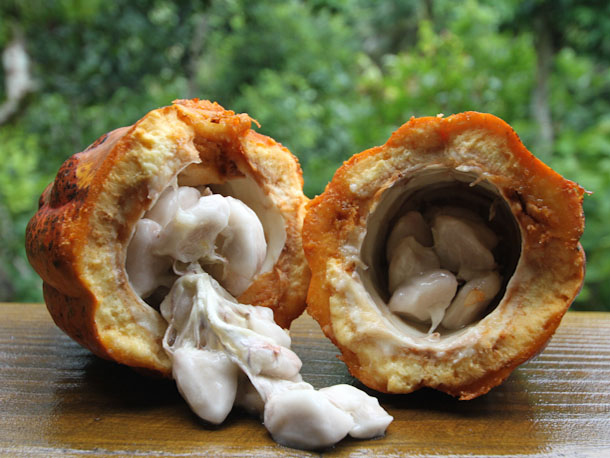 The cocoa tree is native to the valleys of the Amazon.

Moctezuma II, emperor of the Aztecs, drank only chocolate flavoured with vanilla and other spices and served in a golden goblet. 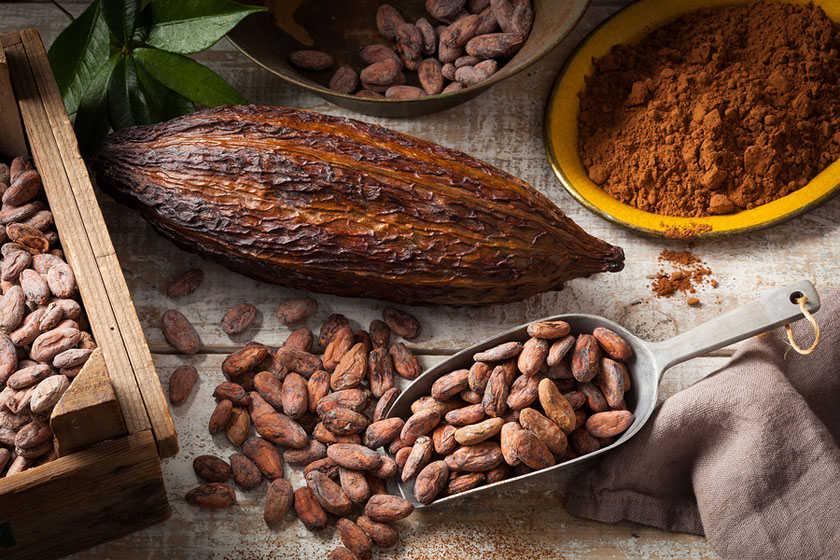 The beans are the basis of chocolate.