22 years old and on the brink of death from vaping

Gregory Rodriguez nearly died from vaping THC; he show scars on his neck from where tubes to oxygenate his blood were inserted.

LIFESTYLE NEWS - With a raging fever, vomiting and diarrhea, Gregory Rodriguez thought he had some kind of bug when he checked himself into the emergency room at a New York hospital in September.

Two days later, he was unconscious, hooked up to an artificial lung and a candidate for a double lung transplant.

"I didn't think that vaping had (anything) to do with getting sick," the 22-year-old computer science student told AFP, two months after the ordeal that brought him to the brink of death in just a few hours.

Doctors have attributed it to his constant e-cigarette use.

But emergency physicians in Jamaica - Rodriguez's Queens neighborhood - did not immediately make the connection with vaping. As was often the case at the start of the vaping epidemic, discovered over the summer, doctors initially sent Gregory home with antibiotics, thinking he only had an infection.

But then Rodriguez returned to the hospital, unable to breathe, and admitted to vaping cannabis for the past two years.

"At first, I was hesitant to let them know that I vape, because unfortunately THC is still illegal in the state of New York," he said.

On September 18, his body quickly broke down. He was hooked up to a ventilator, but it wasn't enough.

His lungs were filled with a viscous substance, like custard, due to extreme inflammation of his respiratory airways. Oxygen could no longer enter his bloodstream.

"He was within hours of dying," said Dr. Mangala Narasimhan, the regional director of critical care medicine at Northwell Health, who treated him.

As a last resort, doctors hooked Rodriguez up to an ECMO (extracorporeal membrane oxygenation) machine: the machine pumps blood out of a patient's body to oxygenate it, and then reinjects it into the veins.

Rodriguez was placed in an induced coma for three days to ensure he wouldn't suffer during the procedure.

"When I woke up, I did have a tube inside of my mouth that goes into my lungs," Rodriguez said. His mother showed him photos from when he was unconscious. 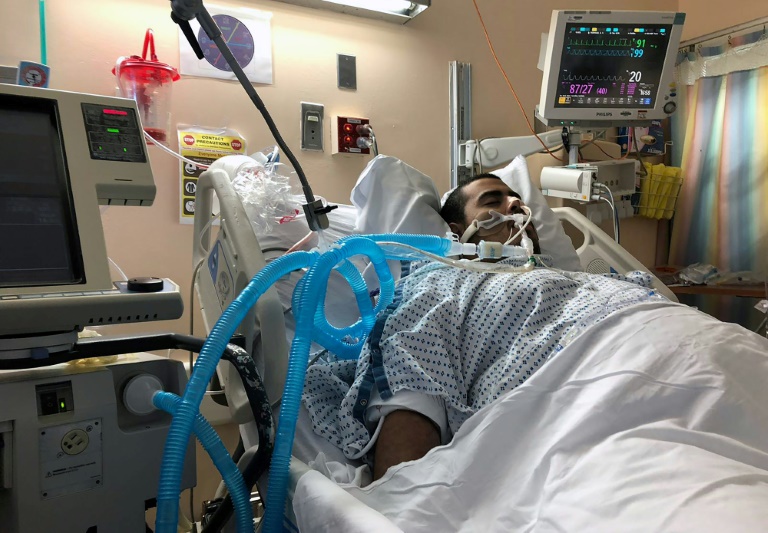 This undated family photo shows Gregory Rodriguez at a hospital in New York. The doctor who treated him said he was "within hours of dying".

His lungs were able to recover while the machine stood in for them. The procedure saved him, and he didn't need a lung transplant.

He returned home after only 12 days in the hospital, a relatively short time compared to patients with similar cases.

His situation, however, was still one of the more severe. At the Long Island Jewish Medical Center, five out of 40 patients were as serious as Gregory.

Authorities blame vitamin E acetate, one of the additives in THC vaping fluid, for the illnesses. 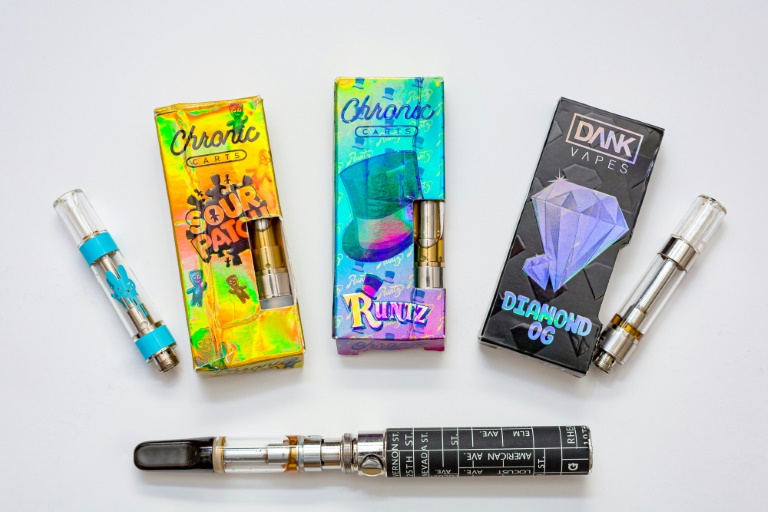 Two months later, he's no longer breathless all the time. But his pulmonary capacity has been reduced to 60 percent, according to his doctor.

"Physically I feel normal. It's just mentally, it's going to take a while to recover," said Rodriguez, who is now craving marijuana.

"I don't want to call it an addiction, but there are days when I just think about it," he said.

His habit cost him $16 per cartridge of THC, the psychoactive component of cannabis. He bought the cartridges - or carts - in packs of 25, paying the sketchy, dark web vendors in Bitcoin.

It's a complicated method (instructions are listed on Reddit), but it's significantly cheaper than the $40 per cartridge that New York dealers charge.

"It's basically Amazon, but for drugs," Rodriguez explained.

"The problem with THC is, since it's illegal, you have to resort to the black market," the young man said.

"If it was legal, it'd be a lot safer, because you could just buy it in an official government dispensary," he added. His opinion is not necessarily accurate, since marijuana is heavily taxed and more expensive in states where it has been legalized than on the black market. 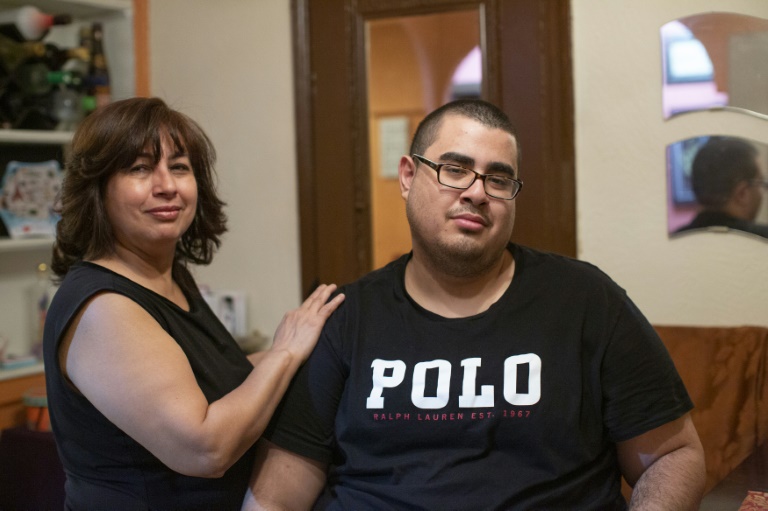 Gregory Rodriguez and his mother, Martha, pose at their home in New York on 22 November.

But since the substance is federally outlawed, authorities can't regulate or control cannabis-based e-cigarette liquids that are permitted at the state level.

"These THC carts are killing people."