Running in the Indian election? Get an armoured car

Orders for specialised armoured cars have been piling up at Sunchit Sobti's factory in Jalandhar.

INTERNATIONAL NEWS - The mechanics retrofitting cars with blast-resistant doors and bulletproof windshields in a Punjab garage have been flat out of late - elections are looming, and politics can be a dangerous game in India.

In the past, prime ministers were assassinated, political motorcades ambushed and party officials attacked, and some candidates aren't taking any chances.

Orders for specialised armoured cars have been piling up at Sunchit Sobti's factory in Jalandhar, where his crew have already retrofitted four SUVs for political bigwigs since the upcoming poll - the biggest election in history - was announced a few weeks ago.

It's a pattern that repeats itself every election season, said Sobti, whose father started supplying armoured cars for politicians and other VIP clients in the 1980s when an armed insurgency was raging in Punjab.

"This one is the mother of all elections," he told AFP, as sparks flew from welding equipment on the factory floor.

"Like all big events, there are bigger risks involved and leaders want to ensure they are safe. We have been working on orders for months."

It was not just political candidates keen to bullet and blast-proof their cars but party bookkeepers and backroom heavyweights too, he added.

At least seven rival companies contacted by AFP, in northern Punjab, neighbouring Haryana and also Maharashtra state in the west, have also experienced a spike in election-related orders for armour-plated vehicles.

The market for such cars in India is worth $150 million a year and growing by double digits, industry representatives said. Companies like Mahindra & Mahindra, and Tata Motors, also offer a small range of pre-made armoured vehicles for civilian use. 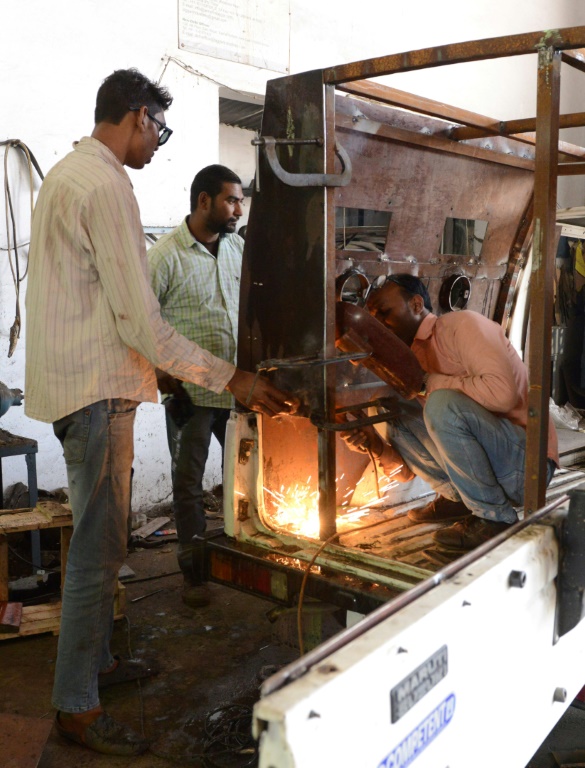 The market for bulletproof cars in India is worth $150 million a year and growing by double digits.

The outlay is considerable for reinforcing a private vehicle, costing anywhere between $7,000 and $70,000.

It can take weeks to bolster a car with imported ballistic glass and steel plates able to withstand grenade fragments and gunfire, and even longer for the permission needed to put the car on the road.

But for some, it is a price worth paying.

"Success and jealousy knock at you together," said one Punjabi state lawmaker who last year had his SUV armour plated. He declined to be named.

"You can't even trust your friends, forget about enemies. I can't compromise on my safety."

Deadly contest
India has a history of political violence, with particular bloodshed around election time as competition intensifies between the country's hundreds of registered parties, who field thousands of candidates at state and national polls. 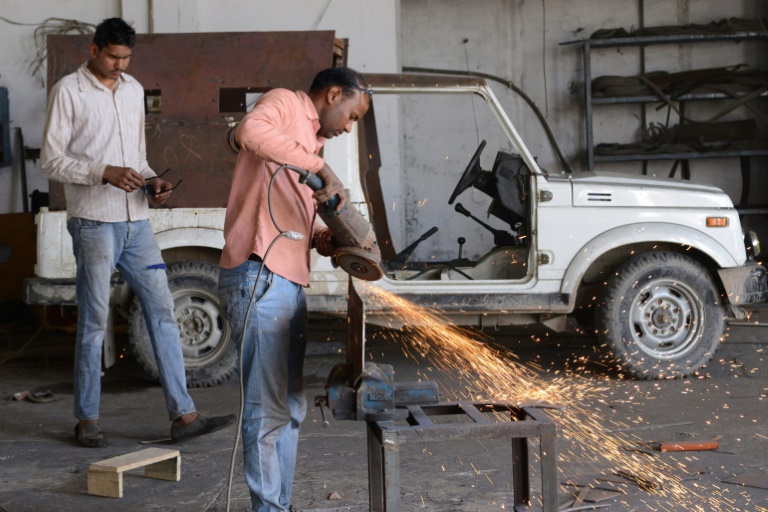 India has a history of political violence, with particular bloodshed around election time.

More than 100 politicians or party officials were murdered in 2016 alone, the latest figures from India's National Crime Records Bureau show.

Armed insurgencies simmer in at least nine Indian states, from Kashmir in the snowy north to the jungles of the country's interior, creating risky conditions for party officials and their candidates on the hustings.

Twenty-five Congress politicians were murdered in an ambush on their convoy in 2013 by Maoist rebels in Chhattisgarh, as the restive central state prepared for regional elections.

Even in regions free of rebel uprisings, feuds between political rivals can turn deadly.

In February a regional lawmaker in West Bengal was shot dead by unidentified gunmen in the country's east.

More than two dozen political figures from warring parties have been killed in Kerala, a southern state and one of India's most developed, in the past three years. 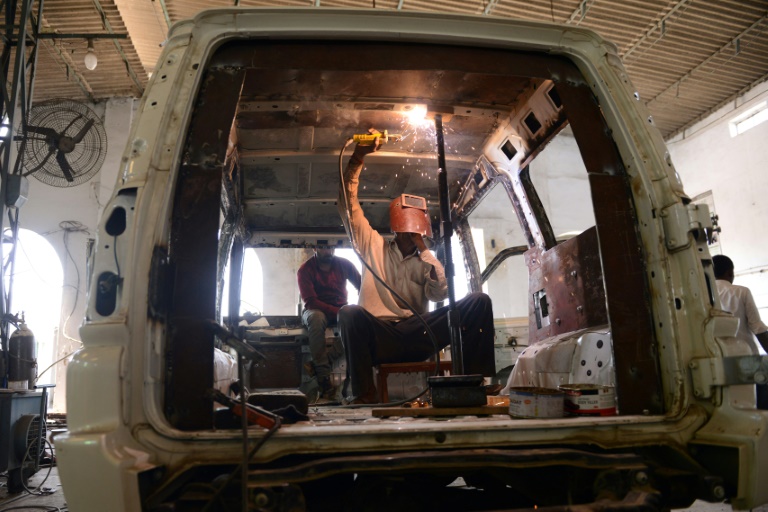 Election candidates are taking matters into their own hands by turning their cars into tanks as polling day draws near.

Sometimes politicians themselves have violent records, with two dozen winning candidates in the last general election in 2014 possessing murder or attempted murder charges.

As campaigning gets under way for the 2019 contest - voting starts April 11 and spans nearly six weeks, with 900 million Indians eligible to cast ballots - security is again a central concern for the monumental poll.

In trouble spots, candidates are escorted by police as they drum up support.

But former Delhi police chief Maxwell Pereira said the overwhelming majority of politicians never faced any danger, and it was the state's responsibility to ensure protection for at-risk officials.

"Only police should make a call on whether they require personal protection or armoured cars, after assessing if there is a credible threat," Pereria told AFP.

That is not stopping candidates from taking matters into their own hands and turning their cars into tanks as polling day draws near.

"We want our customers and leaders to be safe," said Narinder Singh, a mechanic at Sobti's workshop in Punjab.