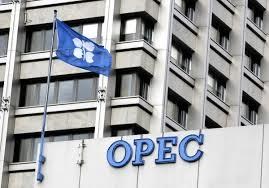 Generic image
INTERNATIONAL NEWS - OPEC ministers are meeting in Vienna Thursday for a pivotal decision on whether to slash production, faced with a glut that has sent prices plunging by over 30 percent in five months.

The 12-nation cartel is under pressure from its poorer members like Venezuela and Ecuador to cut output as collapsing prices have slashed their precious revenues.

But its powerful Gulf members have rejected calls to turn down the taps unless they are guaranteed market share in the highly competitive arena, particular in the United States, where a flood of oil being extracted domestically from shale rock has in part caused the global oversupply.

The price of US benchmark oil fell to a new four-year low Thursday on growing expectations that the Organization of Petroleum Exporting Countries will not take significant action in Vienna, home to the cartel that pumps out about a third of the world's crude.

Crude prices have been depressed also by a strong dollar and worries about stalling energy demand in a weak global economy.

The International Energy Agency had warned in a report issued mid-November that the "price rout" was not over, and that prices will keep sliding well into 2015.

OPEC kingpin Saudi Arabia on Wednesday said Gulf nations had reached a consensus over what needed to happen regarding the cartel's level of supply, adding that it hoped the other members would agree.

"I am confident that OPEC is capable of taking a very unified position," Saudi Oil Minister Ali al-Naimi told reporters.

OPEC pumped 30.6 million oil barrels per day last month, above its 30 million bpd target according to the International Energy Agency, which advises countries on energy policy.

Some analysts believe that the cartel will on Thursday agree to trim such excess rather than cut its official ceiling.

"Traders are sceptical that the cartel's current production ceiling of 30 million barrels of oil per day will be reduced at this meeting," said Fawad Razaqzada, an analyst at Forex.com.

"If OPEC were to trim the production limit, it will therefore concede more market share to shale oil producers, so it is not in the best interest of its members in the long term."

Ahead of the OPEC meeting, the world's top oil producer Saudi Arabia cut charges for US customers in a move seen as a bid to maintain its market share amid increasing competition there from shale energy.

OPEC has meanwhile insisted that it is not solely up to the cartel to tackle the oversupply that is sending crude prices crashing, in turn benefitting consumers at the petrol pumps but hurting oil companies' incomes.

Officials from Saudi Arabia met with their counterparts from Venezuela and non-OPEC oil producers Russia and Mexico in Vienna on Tuesday.

Following the surprise gathering, Russian oil giant Rosneft said it had trimmed its daily output by 25,000 barrels because of "market conditions".

The token reduction represented less than one percent of the behemoth's total and did nothing to boost energy prices on depressed global commodity markets.