Al Jazeera then broadcast live footage of the air strike that destroyed the building, sending a huge mushroom cloud of dust and debris billowing into the sky.

An Al Jazeera journalist stands before the rubble of the Jala Tower, which was housing international press offices, following an Israeli airstrike in the Gaza Strip on May 15.

INTERNATIONAL NEWS - Media offices reduced to rubble, alleged "manipulation" of the press to trick the enemy: Many are concerned truth could become yet another casualty of Israel's military campaign in Gaza.

On Saturday afternoon, the owner of the 13-storey Jala Tower housing Qatar-based Al Jazeera television and the US news agency The Associated Press received a troubling call from the Israeli forces.

Jawad Mehdi said an Israeli intelligence officer warned him he had just one hour to ensure that the building was evacuated, and his plea for "10 extra minutes", broadcast live by Al Jazeera, was denied.

Israeli defence officials claimed the building housed not only news bureaus but offices of the Islamist Hamas which controls the Gaza Strip.

Within seconds, journalists scrambled to gather as much of their equipment and belongings as they could, then fled, some running down the stairs, others using the cramped lift.

Al Jazeera then broadcast live footage of the air strike that destroyed the building, sending a huge mushroom cloud of dust and debris billowing into the sky.

"An intelligence office for the Palestinian terrorist organization (was) housed in that building that plots and organises the terror attacks against Israeli civilians," Netanyahu told CBS News.

"So it is a perfectly legitimate target. I can tell you that we took every precaution to make sure that there were no civilian injuries, in fact, no deaths." 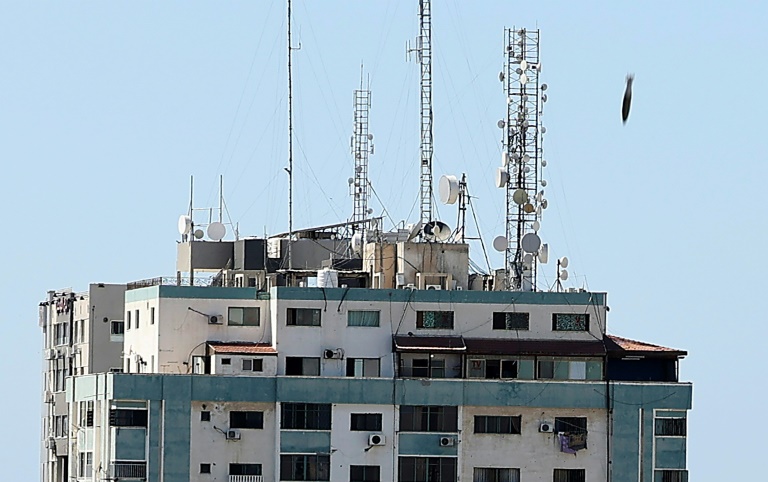 An air bomb hits the Jala Tower during an Israeli airstrike in Gaza City, which is controlled by the Palestinian Hamas movement, on May 15.

Israel has demolished several other towers in Gaza in deadly air strikes since Monday which it says targeted Hamas bomb-making facilities and the homes of senior militant commanders in response to rocket attacks.

But the latest attack triggered a storm of condemnation, with some accusing Israel of trying to "silence" media coverage of Gaza, where dozens of children are among the hundreds killed.

The New York-based Committee to Protect Journalists demanded from the Israeli government a "detailed and documented justification for this military attack".

"This latest attack on a building long known by Israel to house international media raises the spectre that the Israel Defense Forces is deliberately targeting media facilities in order to disrupt coverage of the human suffering in Gaza," said CPJ executive director Joel Simon. 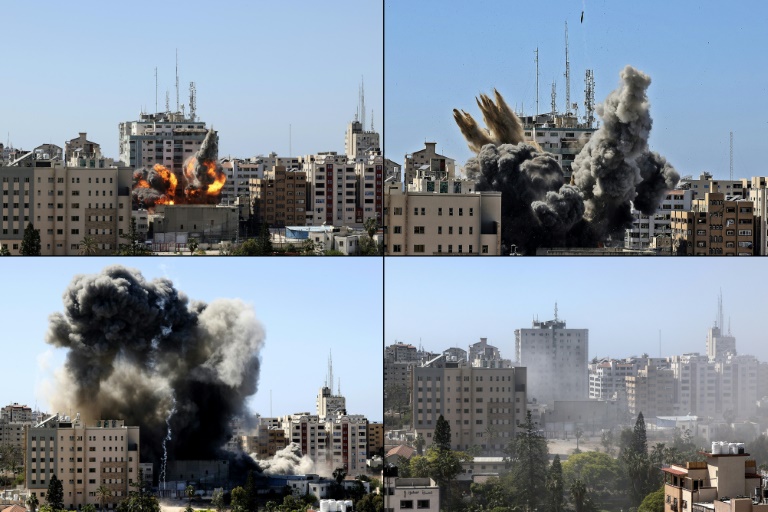 This combination of pictures shows the Jala Tower housing international media outlets in Gaza City being hit by an Israeli air strike and collapsing on May 15.

"Journalists have an obligation and duty to cover unfolding events in Gaza and it would be illegal for the IDF to use military means to prevent it."

Human rights group Amnesty International wrote on Twitter that the Israeli attack must be "investigated as a war crime. The strike fits a pattern of Israel's collective punishment of the Palestinian population."

To enable them to continue working, Agence France-Presse has opened its Gaza office to AP and Al Jazeera colleagues.

Israel's actions have baffled and shocked journalists who had already been trying to come to terms with another bizarre incident that happened just after midnight on Thursday.

AFP, like other media including The New York Times, immediately contacted army spokesman John Conricus to confirm the message.

"Yes, our troops are in Gaza," he replied.

But two hours later the army clarified that its troops had not entered the Gaza Strip, blaming an "internal communication" problem for the confusion. 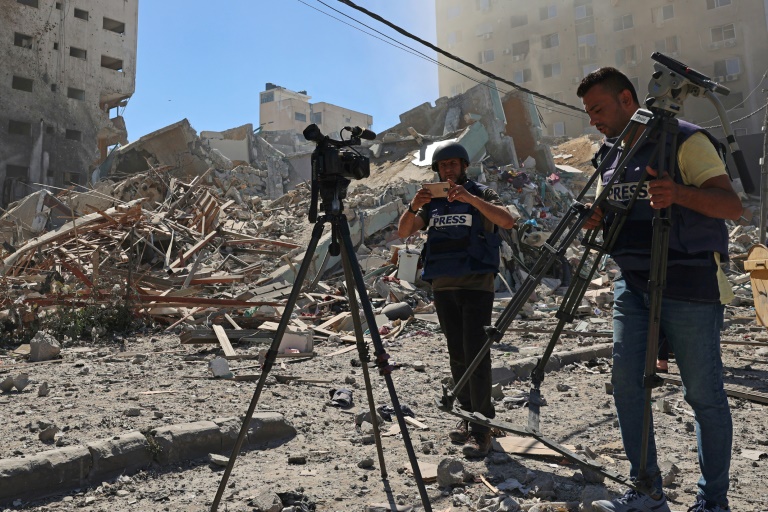 Was it "manipulation"? Did the Israeli army deliberately mislead the media?

Since then, Hamas has built a network of underground tunnels to allow its fighters to move across Gaza unhindered and unseen by Israeli surveillance cameras and spy aircraft.

Overnight Wednesday to Thursday, Israeli drones and aircraft flew over Gaza to strike those tunnels.

The next day, local media reported that the army's reported ground offensive had been a ploy aimed at allowing Israeli jets to hit the tunnels and kill fighters who sought cover inside them. 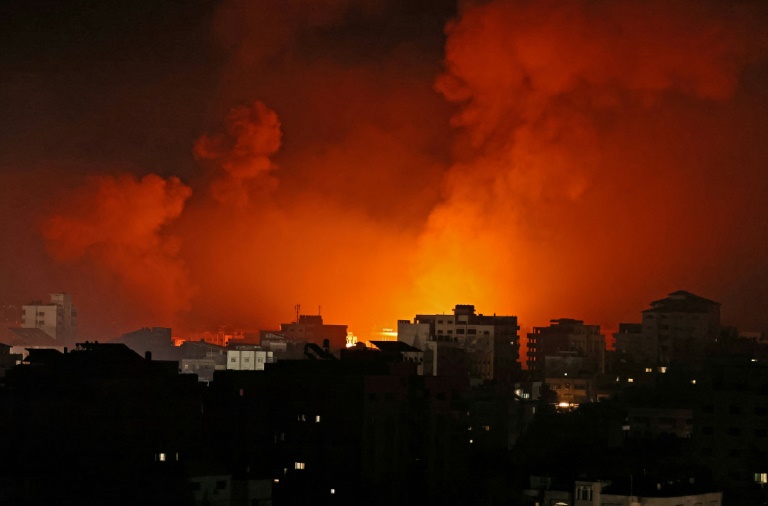 Smoke billows from a fire following Israeli airstrikes on multiple targets in Gaza City, controlled by the Palestinian Hamas movement, early on May 16.

"According to reports, due to the deployment along the border and the news coming out in the foreign media of a ground incursion, Hamas and Islamic Jihad sent their first line of defence into the tunnels to start taking up positions," wrote the Jerusalem Post.

"These were the anti-tank missile teams and mortar squads meant to strike at incoming Israeli ground forces," it added.

In September 2019, Israel's army faked wounded among its ranks in a skirmish with Lebanon's Hezbollah in a bid to trick fighters of the Iran-backed group into thinking their mission was accomplished and to cease fire.

Did the army this week really want to use the media to then bombard Hamas fighters in tunnels? Or was the erroneous report of a ground operation inside Gaza, as the IDF said, "an honest mistake"?

The Foreign Press Association in Israel on Saturday voiced its "outrage" and called on the army to explain what happened.

In its reply, the IDF apologised "for the error".

"Despite conspiratorial reports to the contrary in both international and Israeli press, this was not some elaborate attempt to manipulate the media in order to achieve a tactical victory," the IDF said.