INTERNATIONAL NEWS - The first manned space mission to the International Space Station since an unprecedented accident in October, which raised concerns about Moscow's Soviet-designed spacecraft, will launch on Monday.

Oleg Kononenko of the Russian space agency Roscosmos, Anne McClain of NASA and David Saint-Jacques of the Canadian Space Agency brushed aside any possible safety concerns, saying risk was just part of the job.

They are set to launch at 1131 GMT Monday aboard a Soyuz from Baikonur in Kazakhstan for a six-and-a-half month mission.

The launch comes after a Soyuz rocket carrying Russia's Aleksey Ovchinin and US astronaut Nick Hague failed on October 11 just minutes after blast-off, forcing the pair to make an emergency landing.

They escaped unharmed but the failed launch was the first such incident in Russia's post-Soviet history and a new setback for the country's once proud space industry.

Ahead of Monday's launch a Russian Orthodox priest blessed the spaceship on its launchpad, in accordance with tradition, while the crew spoke calmly of the dangers involved.

"Risk is part of our profession," crew commander Oleg Kononenko told a news conference at Baikonur on Sunday, adding they "absolutely" trusted teams preparing them for the flight.

"We are psychologically and technically prepared for blastoff and any situation which, God forbid, may occur on board," the 54-year-old said. 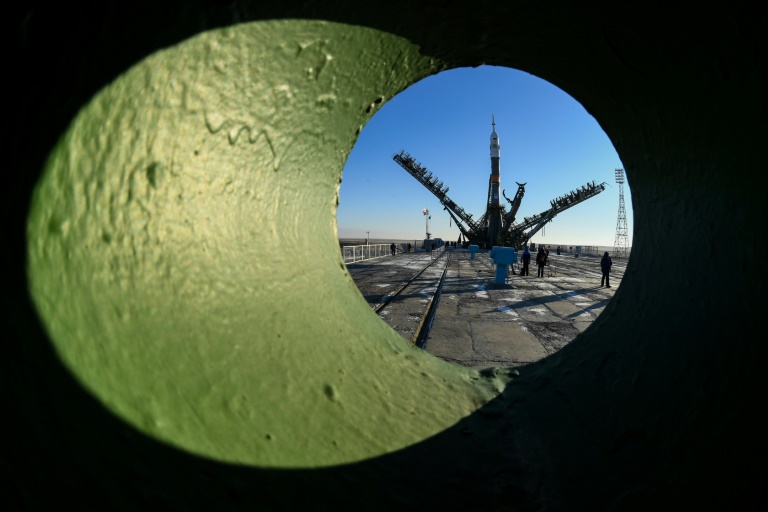 A Soyuz MS-11 spacecraft is mounted on the launch pad at the Baikonur cosmodrome in Kazakhstan.

Kononenko added that the crew would conduct a spacewalk on December 11 as part of an investigation into a mysterious hole that has caused an air leak on the ISS.

"We feel very ready for it," she said.

'Soyuz in my backyard'
Canada's Saint-Jacques, 48, described the Soyuz spacecraft as "incredibly safe."

The accident highlighted the "smart design of the Soyuz and the incredible work that the search and rescue people here on the ground are ready to do every launch," he said. 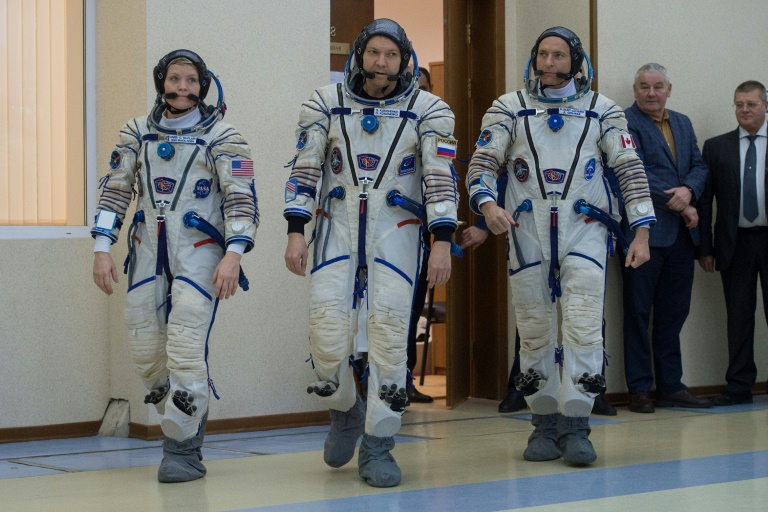 The launch comes after a failed mission on 11 October.

Saint-Jacques joked that he had received so much training ahead of the flight "that I felt at the end that I could build a Soyuz in my backyard."

Of the trio set to reach the ISS six hours after blastoff, both Saint-Jacques and McClain will fly for the first time.

Kononenko is beginning his fourth mission to add to an impressive 533 days in space.

Russia said last month the launch failed because of a sensor that was damaged during assembly at the Baikonur cosmodrome but insisted the spacecraft remained reliable.

The Soviet-designed Soyuz rocket is currently the world's only lifeline to the ISS.

Saint-Jacques will be the first Canadian astronaut to visit the space station since Chris Hadfield, who recorded a version of David Bowie's Space Oddity classic on board in 2013.

Canada's governor general and former astronaut Julie Payette is expected to be among the dignitaries to watch Monday's launch.

McClain served in Iraq and has represented the United States at women's rugby. 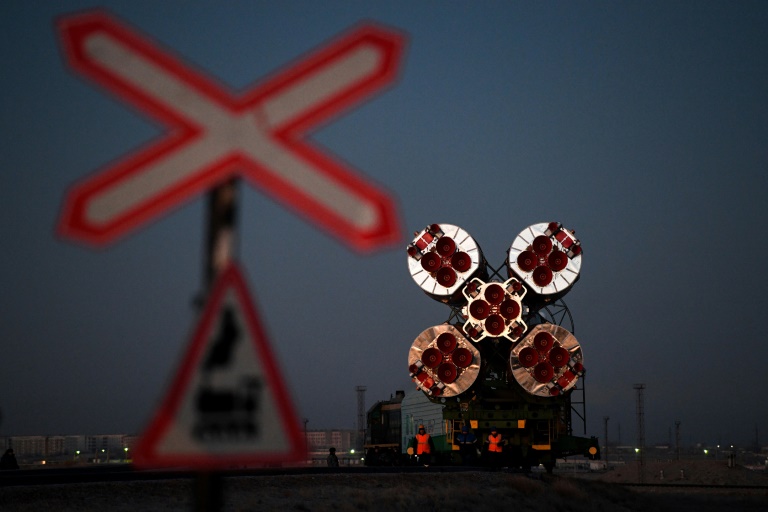 Russia-US cooperation in space has so far remained one of the few areas not affected by a crisis in ties between the former Cold War enemies.

She has said that training to spacewalk resembled the sport since it demands "grit, toughness, mental focus, and more."

Russia-US cooperation in space has so far remained one of the few areas not affected by a crisis in ties between the former Cold War enemies.

But comments by the combative chief of the Russian space agency, Dmitry Rogozin, have increasingly raised eyebrows.

He recently joked Russia would send a mission to the Moon to "verify" whether or not NASA lunar landings ever took place.

In recent years Russia's debt-laden space industry has suffered a number of mishaps including the loss of cargo spacecraft and satellites.