The tan-coloured dog was fished from the ocean by rig workers who spotted his head bobbing between the waves in the Gulf of Thailand.

INTERNATIONAL NEWS - An exhausted dog found paddling 220 kilometres (135 miles) off the Thai coast is set for a new lease on life after an oil rig worker who rescued him promised to adopt the plucky pooch.

The tan-coloured dog, named Boonrod by his rescuers - Thai for "survivor from karma" - was fished from the ocean on Friday by rig workers who spotted his head bobbing between the waves in the Gulf of Thailand.

There was no indication of how he got there, or how long he had been lost at sea.

But local media speculated he may have fallen off a fishing vessel and paddled towards the rig.

Boonrod is recovering in Songkhla province under the care of a vet, an animal charity group told AFP Tuesday.

"Since he came onto the platform, he didn't cry or bark at all," Chevron worker Vitisak Payalaw said in a Facebook post chronicling the dog's rescue.

"He likely lost a lot of body water from the sea water."

Vitisak told AFP in a message Tuesday he plans to adopt the now-famous canine once he returns to shore at the end of the month. 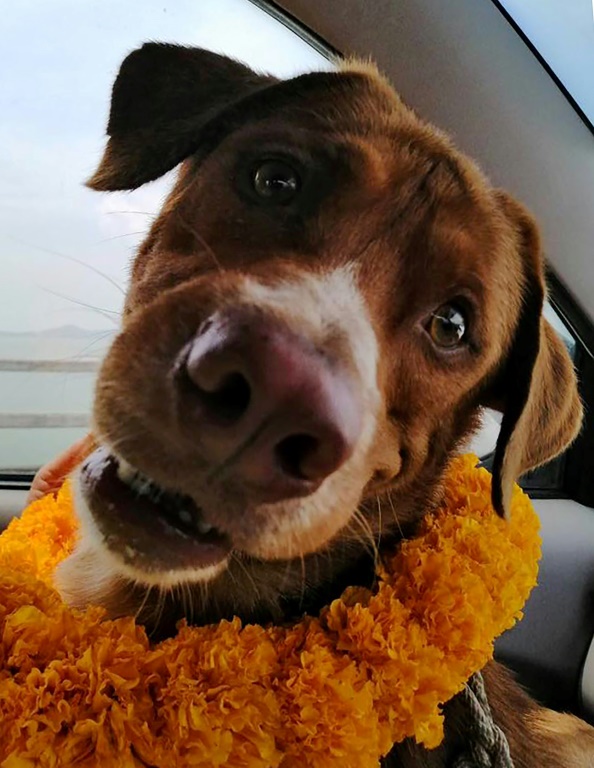 Boonrod the dog was welcomed on the shore with a lei of yellow flowers and lots of neck scratches from port workers.

Boonrod stayed on the rig for two nights before another vessel picked the pooch up on its way back to shore, arriving at a port in Songkhla province on Monday morning.

In a video posted by animal rights group Watchdog Thailand, Boonrod was welcomed on the shore with a lei of yellow flowers and lots of neck scratches from port workers.

"Thank you for seeing the value of a little life that floats so far," said Facebooker Wanna Wongvorakul. 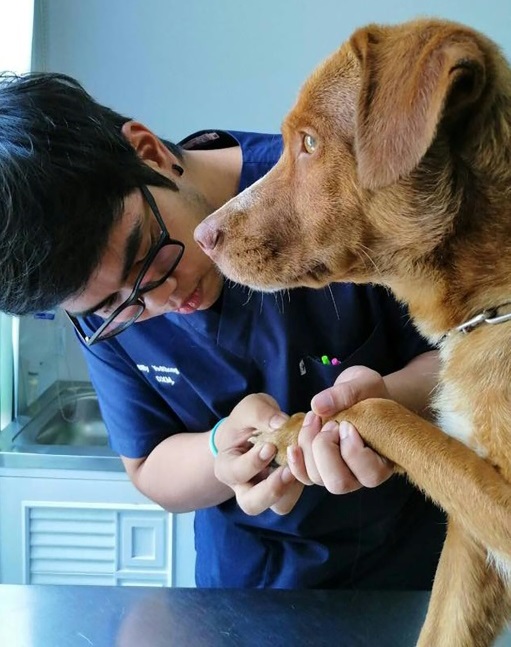 Local charity Smile Dog House has been caring for the dog, who will be adopted by the oil rig worker who found him at sea.

Boonrod was placed in the care of local charity group Smile Dog House.

"So far his health is ok... it's only skin problems that he's suffering from now," a Smile Dog House staff told AFP.