The fire brigade on the scene at Spotlight Night Club.

The N2 at the foot bridge remains closed, as does the Wittedrift entrance from the N2.

The Spotlight Night Club in Plett’s industrial area has also been burning. Firefighters are dousing the flames.

It has been confirmed by Kenny Africa, provincial traffic chief, that the toll gate at Tsitsikamma is now open.

Officials have also asked motorists to avoid the R102 Nature’s Valley Road as visibility is very bad. Firefighters are working on it.

Municipal spokesman Manfred van Rooyen confirmed that mayor Peter Lobese had met with the Qolweni community and that they raised a number of issues including housing, unemployment as well as a need for a clinic and a school.

He added that Lobese committed to address these issues and to discuss some of these with the relevant government departments. 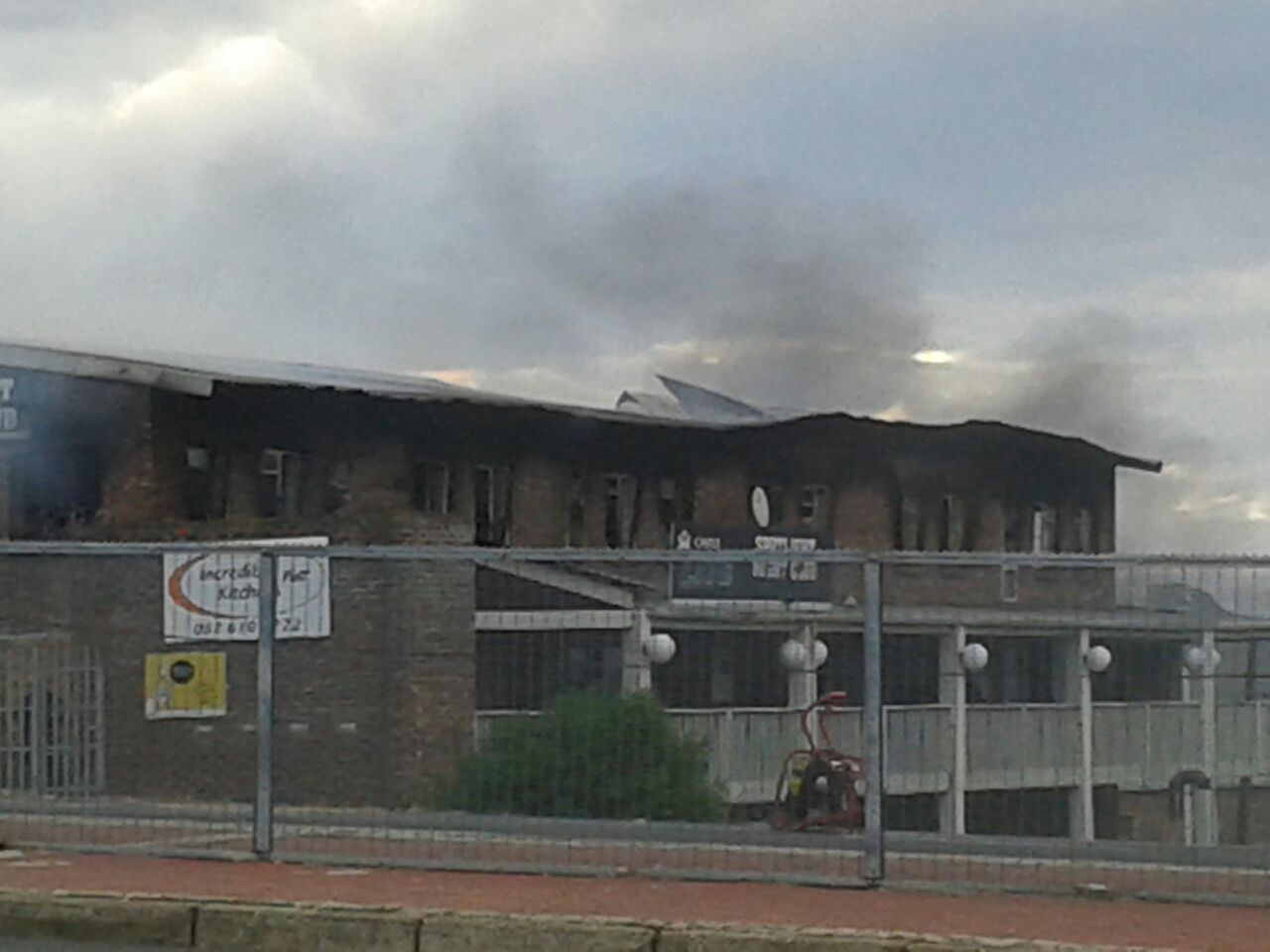 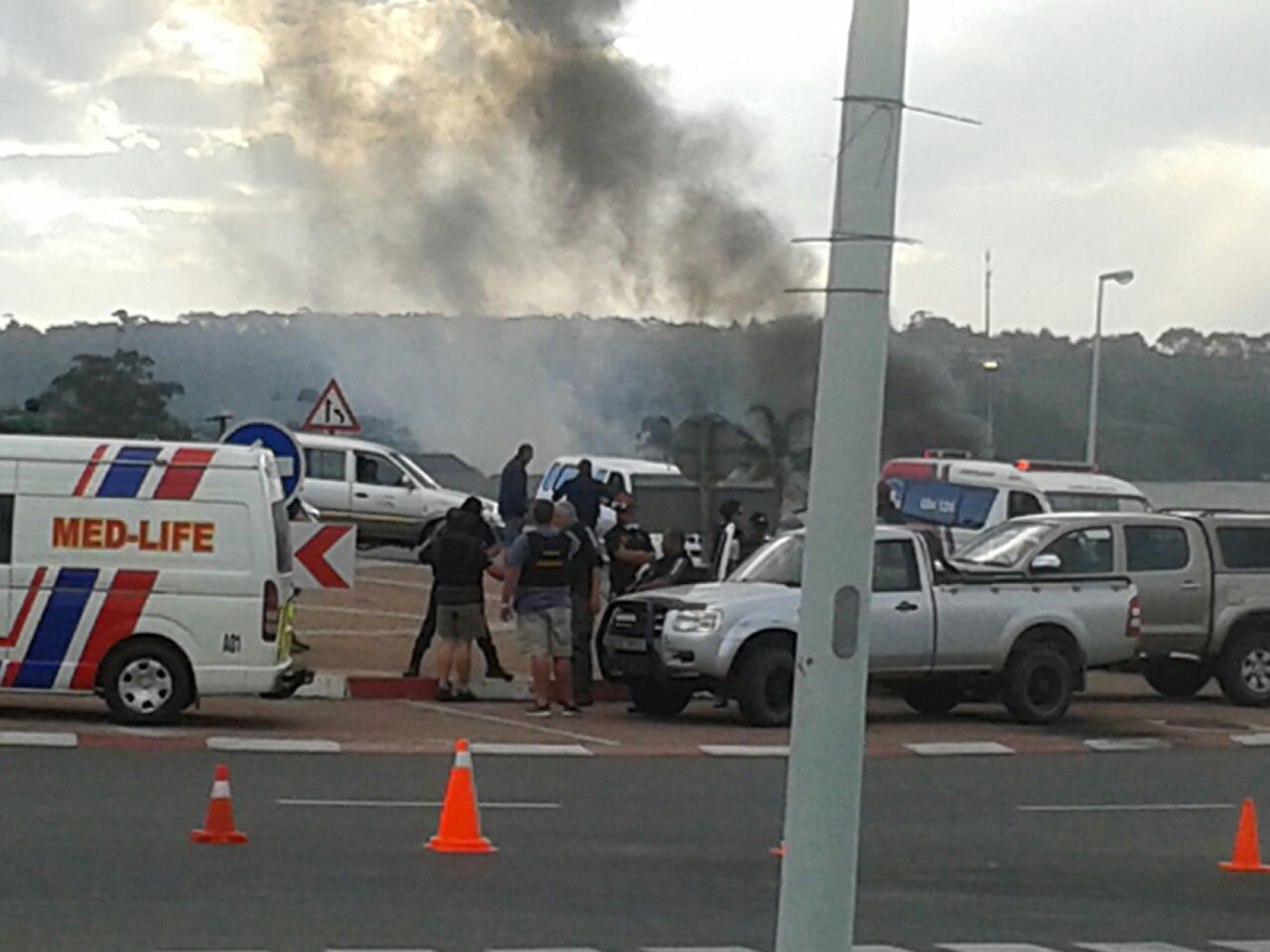 From the traffic circle at the industrial area entrance.