In both Knysna and Bitou, June and July saw a drastic spike in total case numbers as the economy was gradually reopened.

KNYSNA | PLETTENBERG BAY NEWS - The past three months have seen the nationwide lockdown level drop twice, and with it now at Level 2, we take a look at what the Covid-19 numbers tell us about the pandemic in Knysna and Plettenberg Bay.

At the start of June, South Africans rejoiced when the country was dropped from Level 4 to Level 3, but little did they realise how it would affect the number of cases.

In both Knysna and Bitou, June and July saw a drastic spike in total case numbers as the economy was gradually reopened. The week ending on 24 July reported the town's highest number of new Covid-19 cases, with 258 cases added from the week prior.

Thereafter, new cases in both areas decreased, but when Level 2 was introduced on 18 August it led to a slight rise in the number of new cases in Knysna in that week. Bitou would only increase the following week, however.

When the latest figures were released on Friday 4 September, both areas showed a marked decrease in the number of new cases as Knysna only reported 32 new cases and Bitou only reported nine new cases during the week prior.

Take a look at the graphs below to see how the figures have behaved since 19 June (this date was selected as it is around this time that numbers started rising significantly). 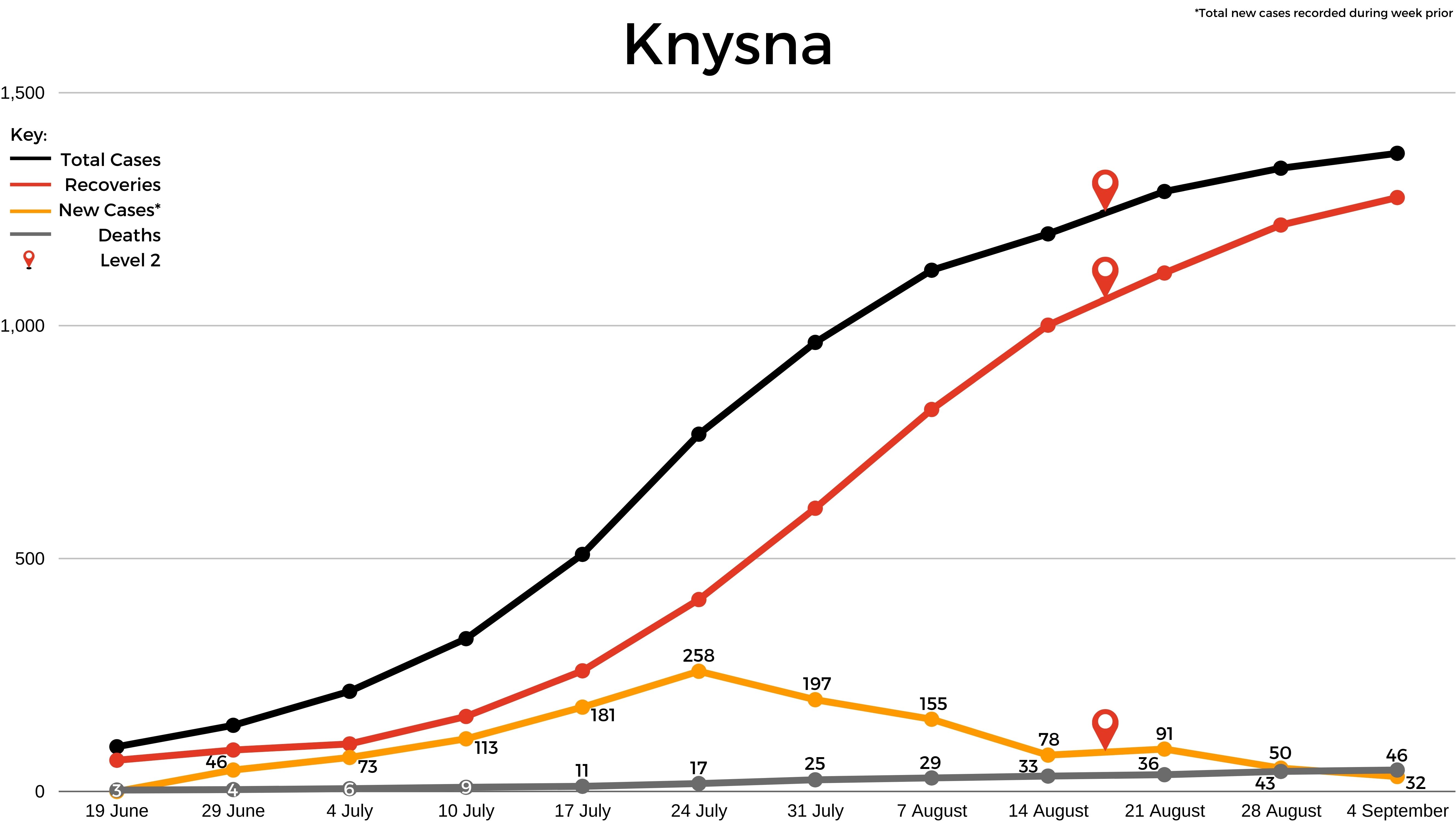 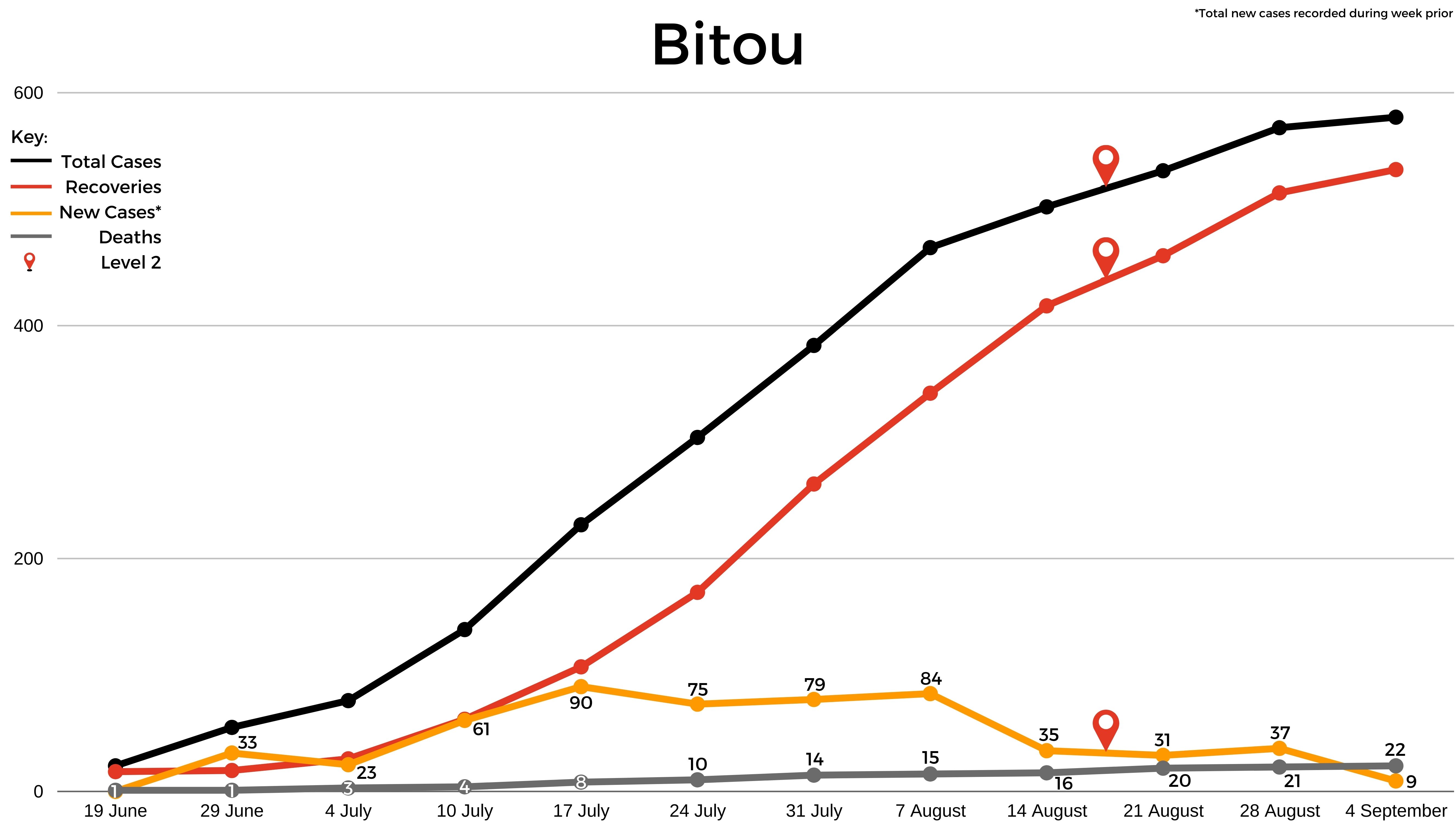