Numerous organisations dispatched their members to roll up their sleeves, get their hands dirty, and rid their town's central district of excess rubbish on World Environment Day

The group of Knysna organisations and individuals which participated in the cleanup. Photo: Blake Linder

KNYSNA NEWS - SA National Parks honorary rangers in Knysna led a mass cleanup of the town this week in an effort to solicit action from citizens.

Themed "Knysna Unlittered", the campaign on World Environment Day on 5 June – which Sanparks used as a platform to raise awareness and action for the protection of the environment – aims to rid Knysna of litter from source to sink.

The rangers targeted upstream areas, the CBD as well as areas around the estuary.

Ranger Delle Henry explained that they started a string of conversations with learners in Knysna, starting with Concordia high and primary schools and Thembelitsha Primary School and that Percy Mdala High School and Chris Nissen Primary School would also benefit from the educational talks by the Sanparks rangers and People and Conservation Department.

"Firstly, if we can get every person to not litter and secondly to pick up litter they see lying around, we would have won," Henry said.

Part of the campaign's rollout included roping in business via door-to-door action planned with law enforcement agencies. "Litter is our collective responsibility and everyone must play a role," said Henry, adding that the day was used to make a plea to business owners to clean up in front of their shops and to appeal to everyone not to throw rubbish down stormwater drains.

The global theme for World Environment Day this year is #beatairpollution.

The national parks authority's CEO Fundisile Mketeni highlighted 5 June as one of the most significant days in the environmental calendar. "It is important for Sanparks to commemorate this day as it raises global awareness about taking positive action to protect the earth,'' he said, and added that this year's global theme is relevant and highlights the impact of air pollution on climate change, as it is now recognised as the biggest environmental risk to health in the world. "Sanparks hopes to be carbon neutral by 2045 by reducing carbon footprint," said Mketeni. 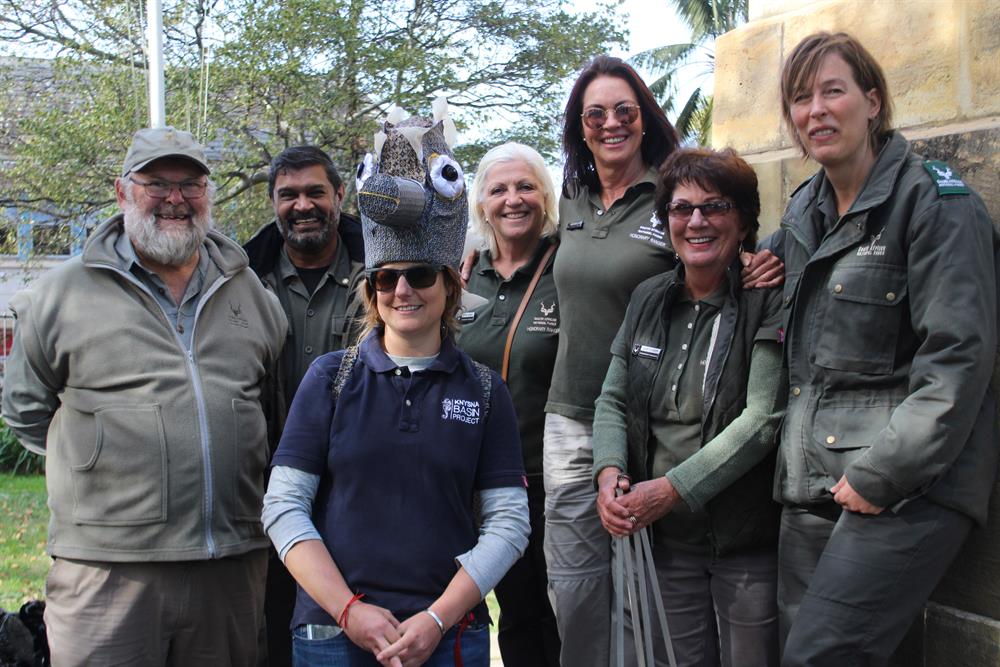 The group of Knysna organisations and individuals which participated in the cleanup. Photo: Blake Linder 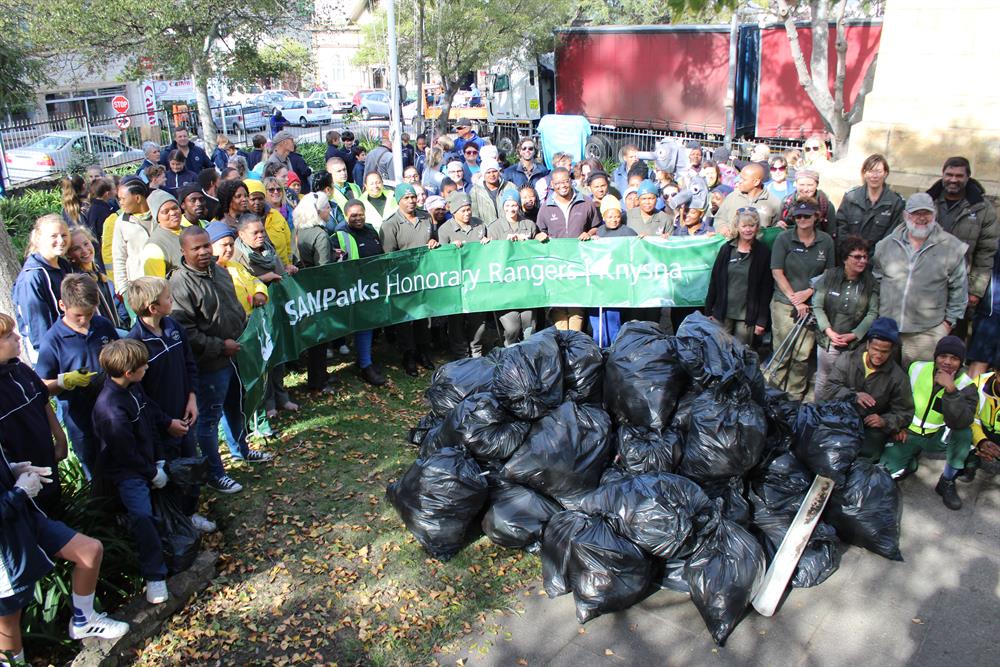 Cleaning up the streets of Knysna. Knysna CPF members Cheryl Britz and Mary Arnolds were aided by the efforts of Ntombizodwa Vundla and Megan Taplin.