Are we better prepared?

KNYSNA NEWS - Tomorrow, 7 June, marks the second anniversary of the Knysna wildfires and on the face of things, the recovery process is well on its way.

But while the landscape has been adequately greened over and the good citizens of the town have put up a brave front pulling themselves up by their boot straps, experts warn we still exist in a danger zone which could see it all happening again.

Nature has fought back in a big way over the past two years since the June 2017 fire that has been labelled one of the most severe natural disasters on the African continent in recent history – but so has invasive alien plants species that provided much of the fuel for the fires.

The Garden Route National Park was heavily affected by the fires that swept through Knysna and Plettenberg Bay on 7 June 2017.

Park spokesperson Nandi Mgwadlamba said over the past year, what has been dubbed the biodiversity special programme (BSP), led by Carlo de Kock, has been launched and has seen large teams clearing areas. This includes areas affected by the 2017 fires, as well as the subsequent fires in October last year.

"With 30 teams of about 300 people, we opened roads, made fire breaks and cleared burnt areas since November until March this year," De Kock said.

These areas are mainly in the Knysna and Wilderness sections of the park. "We cleared a lot in Diepwalle, Goudveld, Farleigh and Buffeslnek."

Clearing alien species
He added that the plan for the current financial year is to prioritise burnt areas where invasive alien species could resprout and therefore De Kock and his team want to remove any possibility of eucalyptus and wattle regrowing first, then move on to seeding species such as pine.

"Accessibility to areas since the fire is easier which works in the teams' favour. There won't be a lot of chainsaws needed; they will focus on hand-pulling and foliar spraying."

Popular activities within the park, which suffered as a result of the fires, are back on track. "The popular Kranshoek trail is now open after the 2017 fires," Mgwadlamba said.

Green Flag status
She added that the committee of the Hiking Organisation of Southern Africa has since reawarded Green Flag accreditation to the elephant trails in Diepwalle after the fires.

"This is subsequent to Sanparks' commitment to improve safety on the three different elephant trails. Now all the elephant trails in Diepwalle (Knysna forest) are Green Flag status accredited. The Perdekop trail in Harkerville (9km) is also accredited. Green Flag accreditation is a global benchmark for hiking trails and includes the following criteria: conservation status; health and safety measures; cleanliness and maintenance; sustainability; management; and others."

Mgwadlamba said the two-day Harkerville Coastal Hiking Trail is also open once again following the fires. There have however been a few areas that have been rerouted.

The Harkerville Mountain Biking Red Route coastal section through the fynbos area is also now open. "This comes after monitoring rehabilitation for a year and working on the part of the trail that offers cyclists a sneak scenic view of the Indian Ocean. Vegetation has recovered and the topsoil is much more stable."

Section ranger for Harkerville, Nico Oosthuizen said the red route was tested by some of the local and regular cyclists who were very pleased with the maintenance work done on it. "Those areas include tracks burnt during the Knysna fires. Although the route is open, assessment and restoration will continue mainly due to the sensitivity of the topsoil in some areas,' Oosthuizen said.

'Same conditions back on landscape'
All these measures in the park notwithstanding, however, in many instances elsewhere the very same conditions conducive to setting the scene for out-of-control wildfire – such as regrowth of invasive alien plants which burnt down with the last wildfire – are again a feature on the landscape, says Dr Nina Viljoen, the manager of Disaster Risk Reduction and Climate Change Adaptation at the Garden Route District Municipality (GRDM) and a spokesperson for the Garden Route Environmental Forum (GREF).

"The one question which we are likely to discuss at the annual fire commemoration event and climate change and adaptation indaba on 7 June, is if we are now better prepared to deal with a repeat of the 2017 and 2018 fire disasters, or if we are increasingly relying on firefighting capacity on the ground and from the air," says Viljoen.

"Built-up areas in the rural/urban interface are often still exposed to the build-up of biomass in the landscape, providing ample fuel for runaway wildfire. We do get the sense that communities are often vaguely aware of potential dangers, but are slow to react proactively, therefore we have to focus on investing in a better-informed fire-wise community," she says.

"Similarly, constant rain during the past weeks and months along the Garden Route creates a false sense of security against drought, but the regional population most certainly must prevail with fresh water conservation measures to permanently reduce consumption, and to accept those measures as a new way of life," Viljoen says.

Watch a video of the aftermath below. 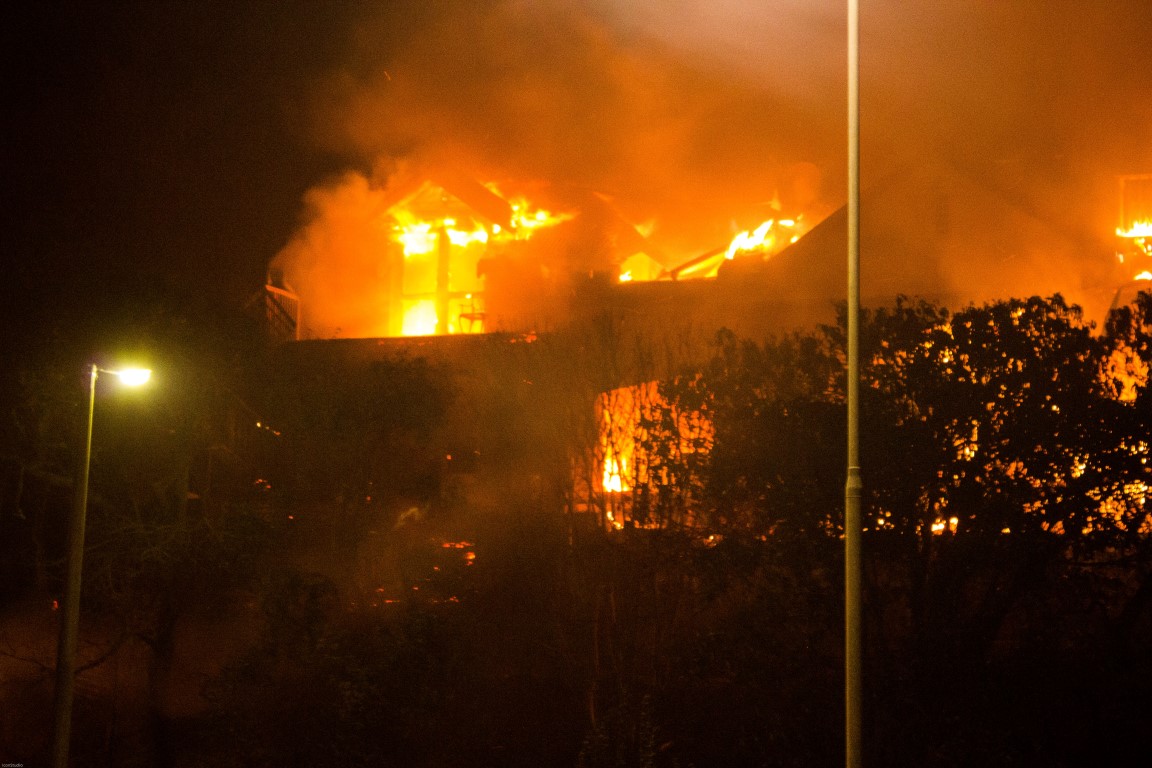 Many residents lost their homes in the fires. Watch a video below.

'We bring you the latest Garden Route,Karoo, Hessequa news'