R4-million in housing material 'not dumped, but stored' - Plett muni

The Western Cape legislature's standing committee on human settlements recently indicated it would investigate the reason behind the "dumping" of the building material.

PLETTENBERG BAY NEWS - The R4-million's worth of temporary housing building material lying unused on vacant land at the Plettenberg Bay airport was not "dumped", but stored there.

The material was meant to be used to build temporary homes for 71 families in Bossiesgif, Pine Trees, Harkerville, Kwanokhuthula and Kurland after fires gutted about 60 homes in the area three years ago.

However, certain conditions attached to the construction of the homes had a knock-on effect that ended in the community rejecting the temporary homes that were erected, leading the municipality with no choice but to store the materials for the time being.

Two months
The Western Cape legislature's standing committee on human settlements recently indicated it would investigate the reason behind the "dumping" of the building material.

According to Bitou Director of Community Services Thozamile Sompani, following the fires in 2018, the Bitou Municipality submitted an application for financial assistance to the national Department of Human Settlements and in November that year received approval of R3 988 200 for the establishment of emergency housing structures.

It was stipulated that these had to be fire-proof and needed to be delivered to the affected communities within two months.

"The condition to have the structures implemented within two months put a lot of pressure on our planning and supply chain policies. Normally it takes about three months to plan a project and finalise the procurement processes. In order to comply with the condition, a service provider was identified and appointed to construct these structures through a shortened process," Sompani said.

The condition also meant that they could not do a comprehensive public participation process before the implementation of the project.

Decongestion
"Another condition of the funding was that the structures should be used to assist in decongesting the affected informal communities to avoid similar fire infernos in future." Sompani said the company managed to construct the required units and deliver them within the specified time.

He said that this condition "infuriated" residents. "They felt that they could not move to land that have no basic services. They also felt that by supplying these structures, the Bitou Municipality was deceiving them as they have been waiting for years for RDP houses. They felt that these structures were a way of denying them their rights to proper, up-to-standard, cement RDP houses which they have been waiting for.

"The community members also refused to allow the construction of the emergency units on the space where the shacks burnt down. The fact that these structures or units are much larger in size than the shacks that burnt down meant that the place would be too congested and the community rejected the idea that it be constructed on the area of the burnt-down shacks.

Demands
Sompani said the residents not only rejected the units, but demanded the municipality provide them with the normal building material for informal structures. "Although the municipality was considering starting the process of excavation and land work on the identified pieces of land, despite it not having basic services installed, the communities had already made up their minds that the project should be halted.

"The pressure from the community leaders left the municipality with no choice but to store these completed structures that only need to be assembled." 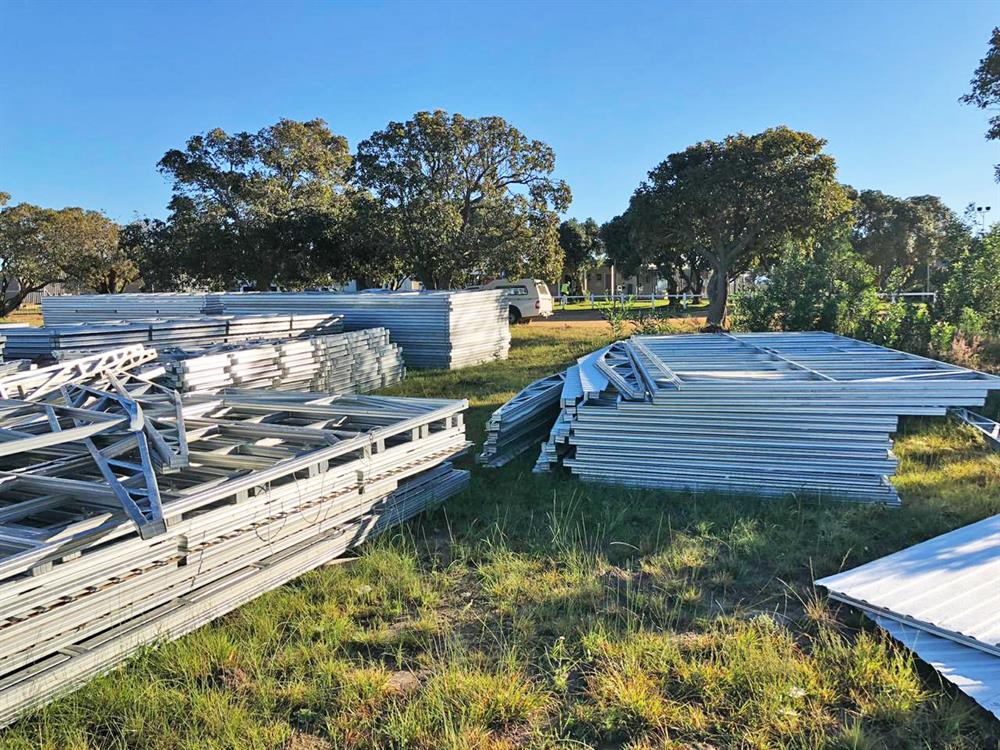 Airport 'most suitable'
He explained that the most suitable area identified was the airport because it had appropriate security services and it was enclosed.

"It is also far removed from most of the communities and therefore safer from possible theft and vandalism. The airport facility is also a cost-saving option for storage, as it would have had major storage cost implications."

The Emergency Housing Programme is a national government mandate under the Human Settlements Department. "The Bitou Municipal Council resolved to donate these emergency structures to areas with the most dire housing needs," Sompani said.

"In terms of the RDP standards, no structures should be constructed without rudimentary services. As a result of this, a business plan was developed, approved and submitted to the Western Cape provincial government's Department of Human Settlements for funding in the 2019/2020 financial year.

"The Bitou Municipality was hoping that the business plan and funding proposal would be considered in the provincial adjustment budget that was due in September 2020. To date, we are still waiting for a response to that request." 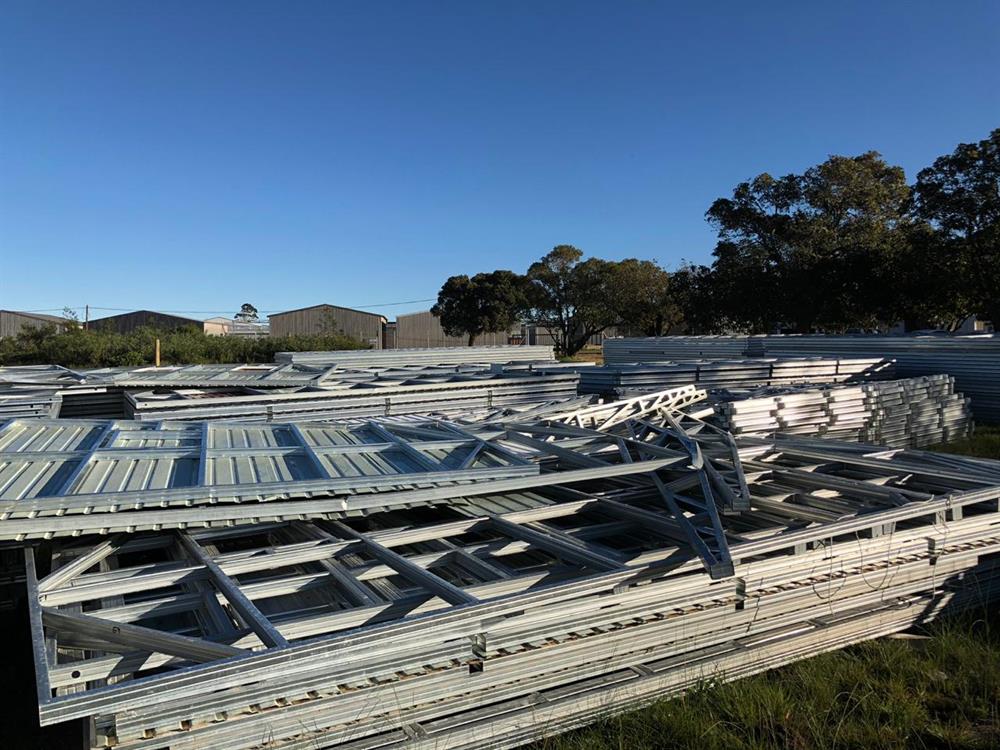 'We bring you the latest Plettenberg, Garden Route news'