Plettenberg Bay rang in the New Year with a laser show instead of the traditional fireworks display. Photo: Yolande Stander

In an effort to be kinder to the environment without spoiling the splendour of ringing in the New Year with a colourful bang, Plettenberg Bay venue Grand Africa Lookout Beach, along with the Bitou Municipality, put together the laser show. This follows major opposition from residents who argued that the fireworks threatened the environment.

The Grand Africa Lookout Beach's Janine Kruger said they wanted to give back to the community that had supported them since taking over the popular seaside venue about a year ago. "We are also very set on being as environmentally friendly as possible and that is where the idea for a laser show was born," Kruger said.

She added that they approached a laser show specialist in Cape Town who agreed to put on a show against the backdrop of the Beacon Island Hotel on Plett's Central Beach.

The show started at 23:45 on New Year's Eve and continued for 30 minutes. The first half of the show, including the countdown, was projected on the hotel's façade and included various moving images from sea life to space scenes and even a Michael Jackson moonwalk. This was accompanied by music. The rest of the show was done against smoke on the beach which included a spectacular display of laser "magic". This too was accompanied by music and live entertainment.

The show was free of charge and attracted a large crowd on the town's main beach.

Following the show, reviews were mixed on social media with some feeling disappointed after not getting the full effect of the show, while others praised organisers for thinking of the environment.

One of the biggest complaints was the fact that the show could only be viewed from Central Beach and not other spots in town, as accustomed to with previous fireworks displays.

The venue ensured a variety of festivities leading up to New Year including bringing a little bit of the Ibiza party vibe to Plettenberg Bay with their Pacha Ibiza party. They managed to secure the famed Mediterranean nightclub's resident DJ Danny Wade for the event with a supporting line-up of Ryan Murgatroyd, Sacred Sun, Karoo and Antic.

On New Year's Day they also held their Blue Marlin Ibiza Party. Blue Marlin is one of the island's most iconic beach clubs and the club's DJ Andy Baxter visited Plettenberg Bay for the event. He was supported by some of South Africa's renowned artists including Dean Fuel, Chris de Vos, Sacred Sun, Karoo Music and Tom Frew. 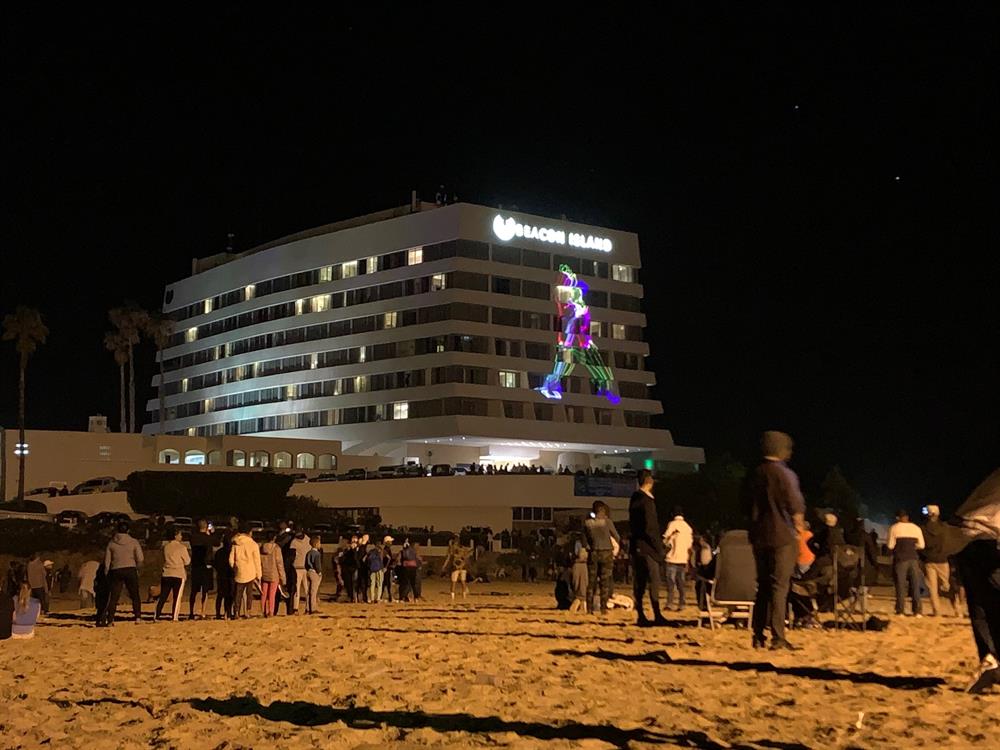 The show started at 23:45 on New Year's Eve and continued for 30 minutes. Photo: Yolande Stander In an effort to be kinder to the environment without spoiling the splendour of ringing in the New Year with a colourful bang, Plettenberg Bay venue Grand Africa Lookout Beach, along with the Bitou Municipality, put together the laser show.