Petition: Re Willemse as mayor

At the time of the motion of no confidence in cllr Eleanore Bouw-Spies being put forward in the special council meeting on Wednesday 6 June, only two DA councillors, along with those of the ANC and COPE remained to vote. Bouw-Spies walked out, followed by the rest of her party.

KNYSNA NEWS & VIDEOS - The mayoral shake-up that transpired in the Knysna Municipality on Wednesday 6 June has barely had time to settle in the minds of residents in town, but already the ramifications are being felt province-wide.

The DA's Western Cape leader Bonginkosi Madikizela expressed his displeasure with what happened by the following day, and will today - Friday 8 June, along with the party's regional chairman Jaco Londt, visit Knysna to meet with the party caucus. It is uncertain what time exactly this meeting is scheduled to take place.

The conclusion of the tumultuous and chaotic special council meeting on Wednesday ended with an approved 2018/2019 budget, but also with the ousting of now ex-mayor, Eleanore Bouw-Spies.

The motion of no confidence against her was brought about by the ANC.

Mark Willemse from the DA was unanimously voted in as the new executive mayor of Knysna, with COPE member Ricky van Aswegen as his deputy - a position that has been vacant since October last year when Peter Myers of the DA was ousted.

Bouw-Spies and the rest of the DA, excluding Willemse and former deputy mayor Myers, walked out of the meeting right before the motion of no confidence was set to serve in council. Newly elected executive mayor of Knysna Mark Willemse shortly after the vote that brought him to power.

The vote was 11 to 1 against Bouw-Spies as Speaker Georlene Wolmarans was the only official to vote against the motion. Afterwards Wolmarans recused herself from voting in a new mayor. Her place was taken momentarily by Victor Malosi of the ANC.

With the news of Madikizela's visit spreading fast, and rumours that he has instructed Willemse - also Speaker of the Eden District Municipality - to step down immediately or face consequences activists in Knysna have launched a petition to stop Madikizela's instruction. COPE member Ricky van Aswegen during the special council meeting where he was elected deputy mayor of Knysna.

The petition reads (verbatim):
"6 June 2018, a new Mayor was elected by Knysna Councillors after a vote of no confidence was passed against the previous DA Mayor.

"The sitting councillors elected DA Eden Speaker Mark Willemse to the position of the Executive Mayor of Knysna. The nomination was accepted.

"Mayor Mark Willemse has since been instructed by the DA leadership to stand down or face disciplinary action.

"We are petitioning the Mayor from resigning under political interference."

At the time of this article going to print, the petition - which is being circulated on social media - had 382 signatures supporting it. Supporters of the petition will gather at the Knysna Municipality in Clyde Street at 17:00, according to supplied information.

As soon as more news becomes available, readers will be informed. 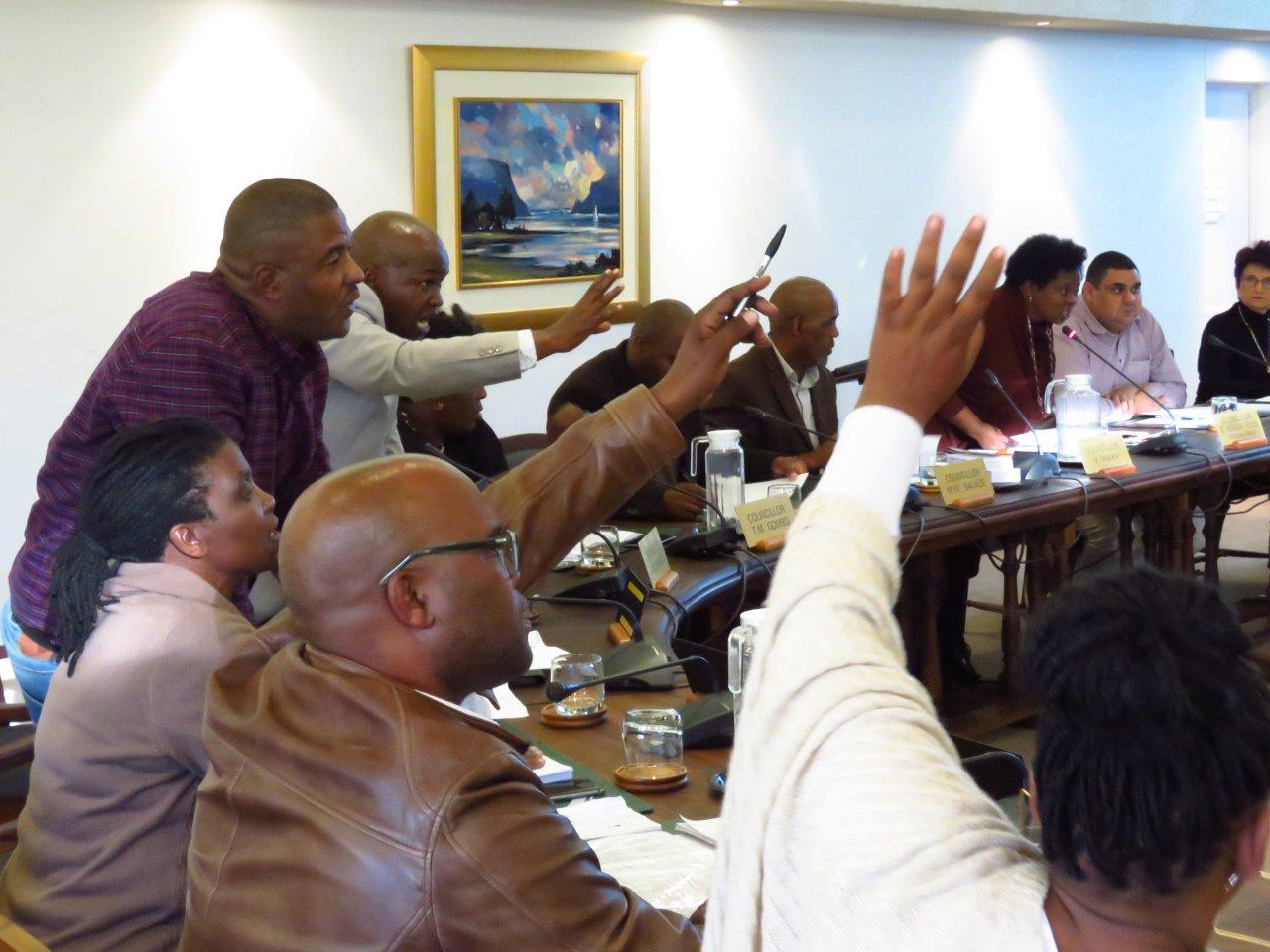 Supporters of executive mayor, Mark Willemse gathered outside Knysna municipality and later marched to the venue were DA councillors were meeting chanting songs of liberation.

During this time Willemse was in a meeting with Bonginkosi Madikizela in a different venue. Watch a video taken later in the evening: