KNYSNA NEWS - A group of Knysna Municipality employees and representatives from the South African Municipal Workers Union (Samwu) have taken to the streets to protest for, among other issues, a risk allowance, increased salaries and better Covid-19 testing and screening.

The group gathered outside the municipality's human resources offices in Queen Street to voice their grievances at about 12:00 this afternoon. They were picketing alongside Samwu representatives from its Knysna branch.

"We have an agenda and a list of demands that we are going to table with the municipality," said Samwu Knysna chairperson Shaun Kralo.

"We demand a risk allowance of R3 000, as well as a pay increment from next month, and we also demand that there is better screening and testing for Covid-19." 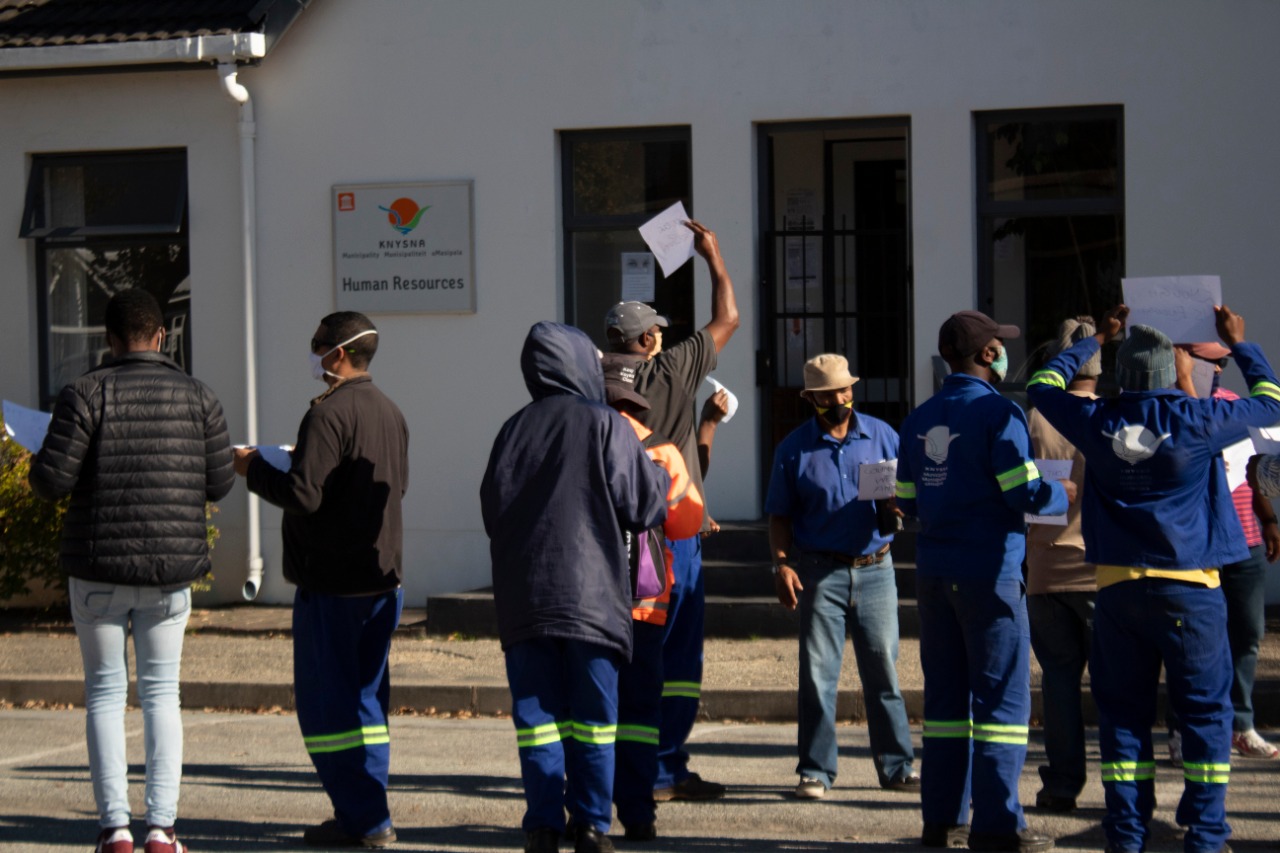 The municipality's communications department stated that they were not in a position to offer comment at the time of publishing as they were yet to fully establish the way forward with the aggrieved employees. 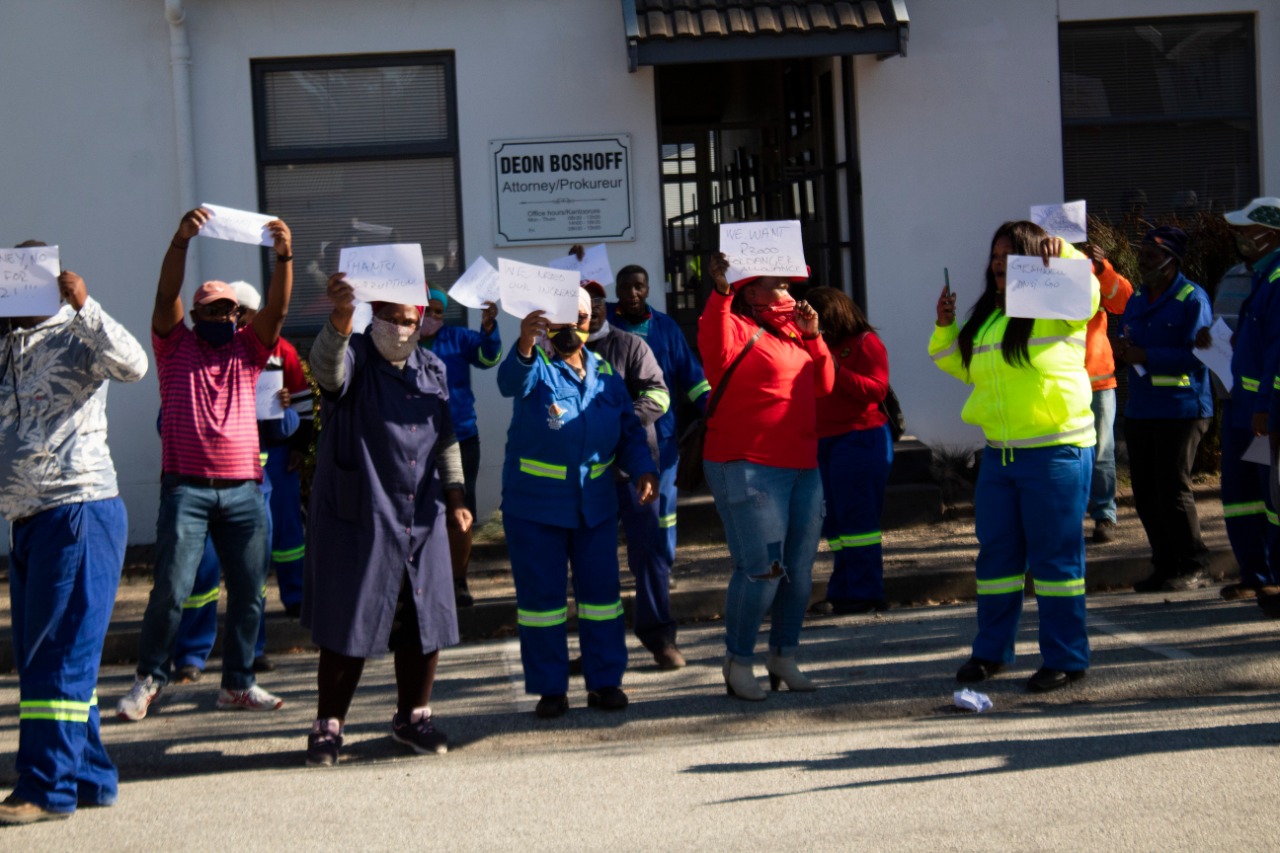 Workers voiced a few demands during their protest. 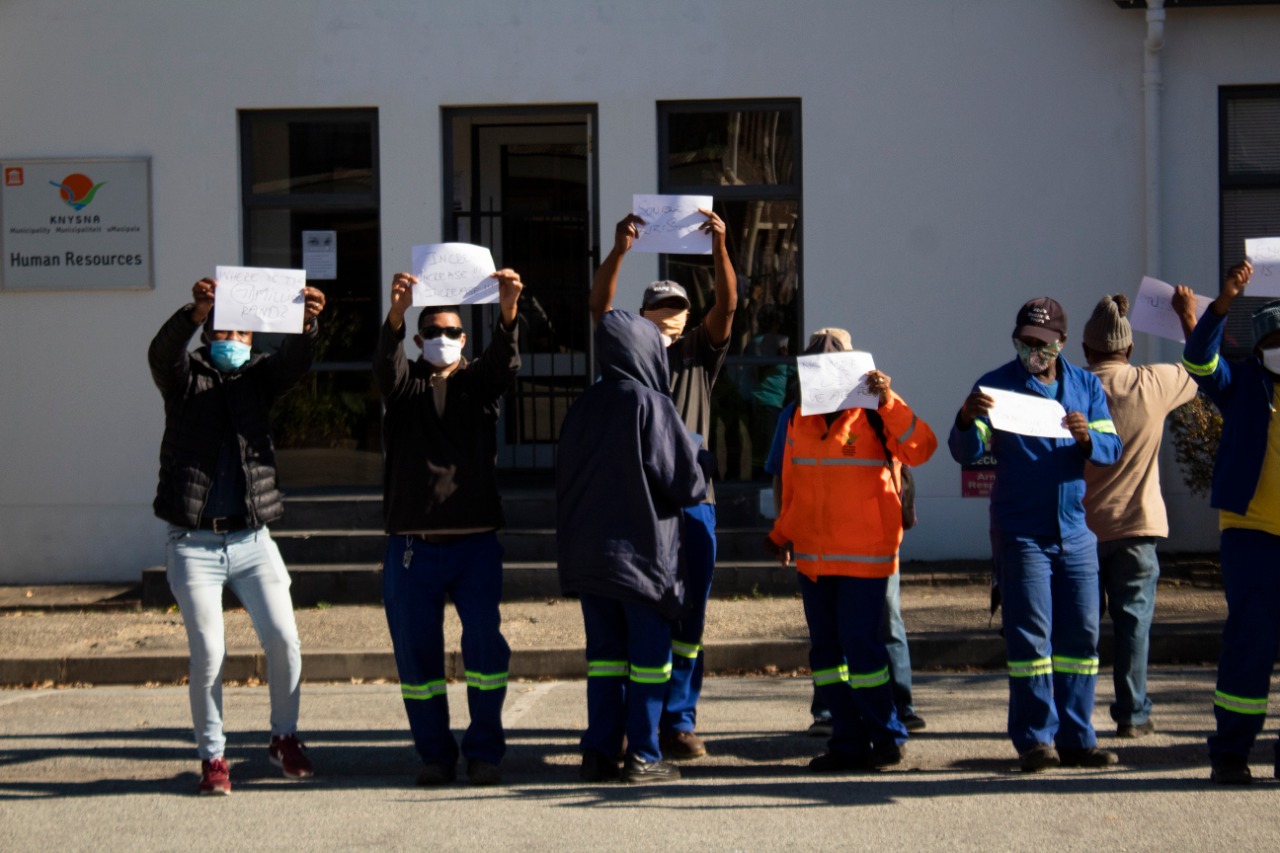 Protestors were outside the municipality's human resources offices. 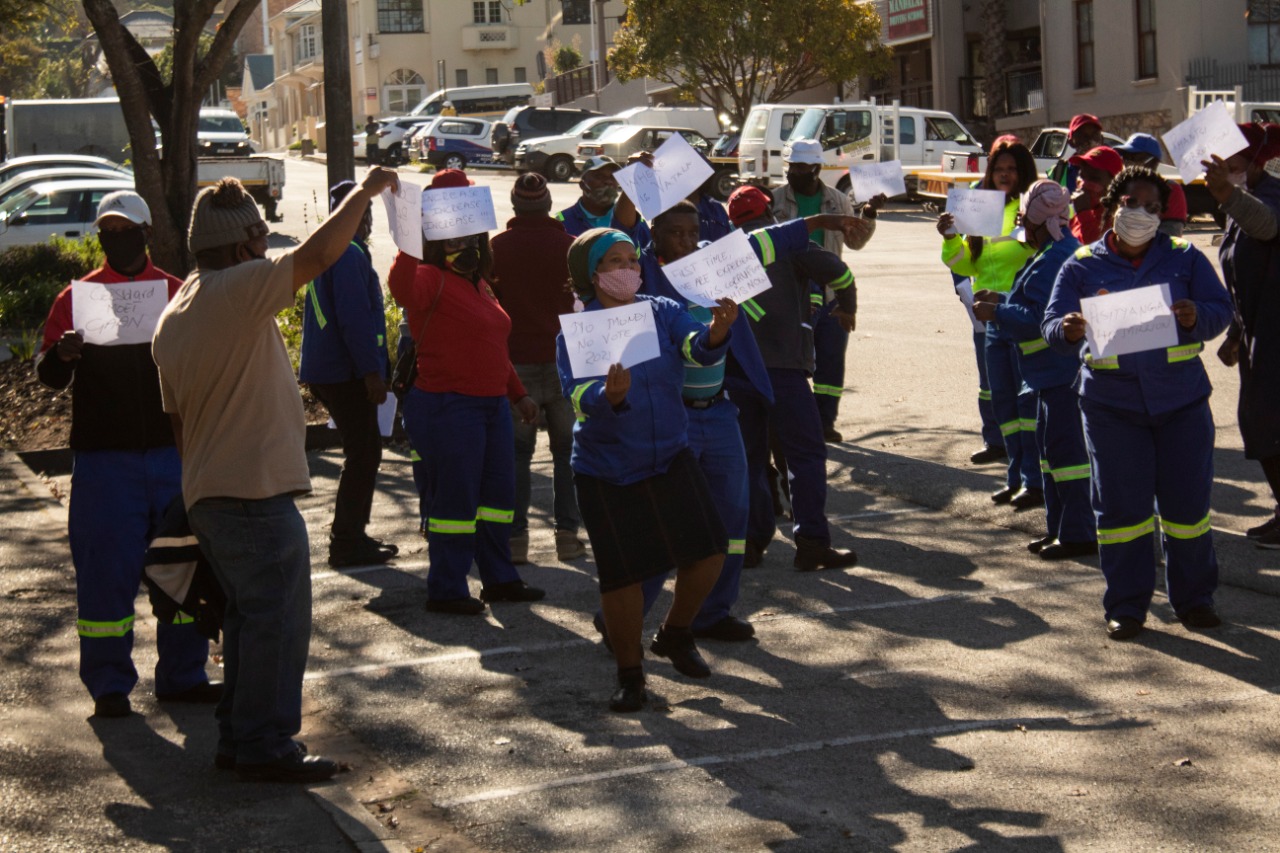